Joshua "JJ" Vallow and Tylee Ryan were last seen in Idaho in September. Their mother, Lori Vallow, and her husband, Chad Daybell, are considered persons of interest. 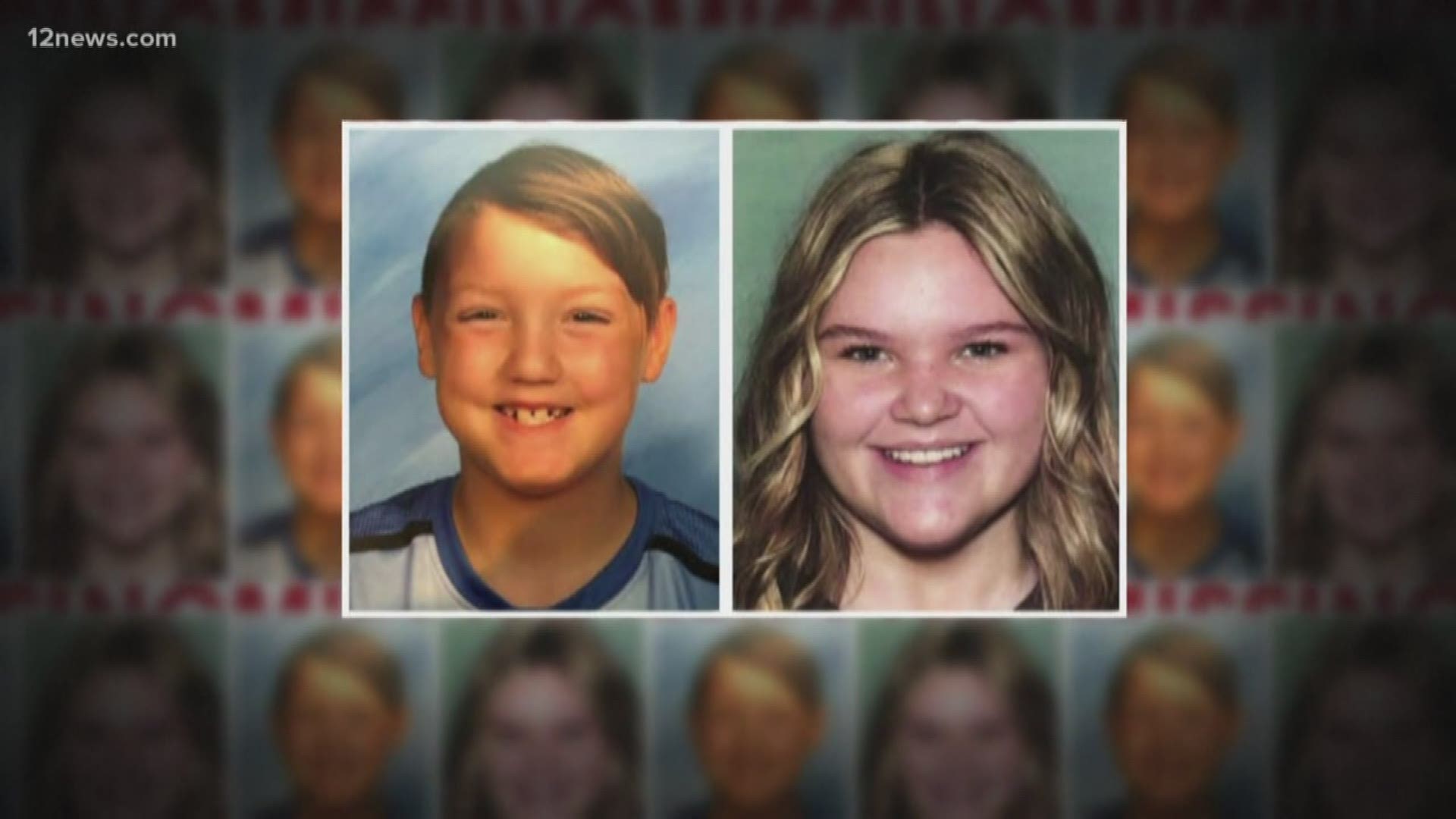 PHOENIX — The case of 7-year-old Joshua “JJ” Vallow and his 17-year-old adopted sister Tylee Ryan has gripped the country.

Here is everything we know – and the questions that still remain – in the case of Joshua Vallow and Tylee Ryan.

RELATED: 2 Valley children disappear without a trace, under suspicious circumstances

The Arizona connection and death of Charles Vallow

Joshua Vallow and Tylee Ryan are both from and were last seen in Rexburg, an eastern Idaho city about 300 miles east of Boise.

The children were last seen in Idaho on Sept. 23. But before that, they were living in Chandler with Lori Vallow.

Charles Vallow was shot and killed in the Chandler home where his estranged wife lived in July.

Margaret Travillion, the co-founder and CEO of Laurens Institute For Education in Chandler, told 12 News in a statement that Joshua was a student at the private school, which serves children and adults with developmental disabilities.

She added that Joshua was unenrolled in the beginning of September and school officials were told that they were "leaving the state due to a job opportunity."

"When the story broke we were devastated," Travillion said. "The thought that JJ left us at the beginning of Sept. and was last seen in Idaho on Sept. 23rd was overwhelming to hear."

Travillion also said that school officials were contacted in early December regarding Joshua's and Tylee's disappearance and are assisting authorities.

"We have two yellow ribbons hanging on our trees on the property, One for JJ and one for Tylee," Travillion said.

"Staff members wear small yellow ribbons daily in support of JJ and Tylee’s safe return. JJ is part of the L.I.F.E. family and we want him to be safe and found happy and smiling as we remember him when he was here. We all pray for a happy ending and a positive outcome." 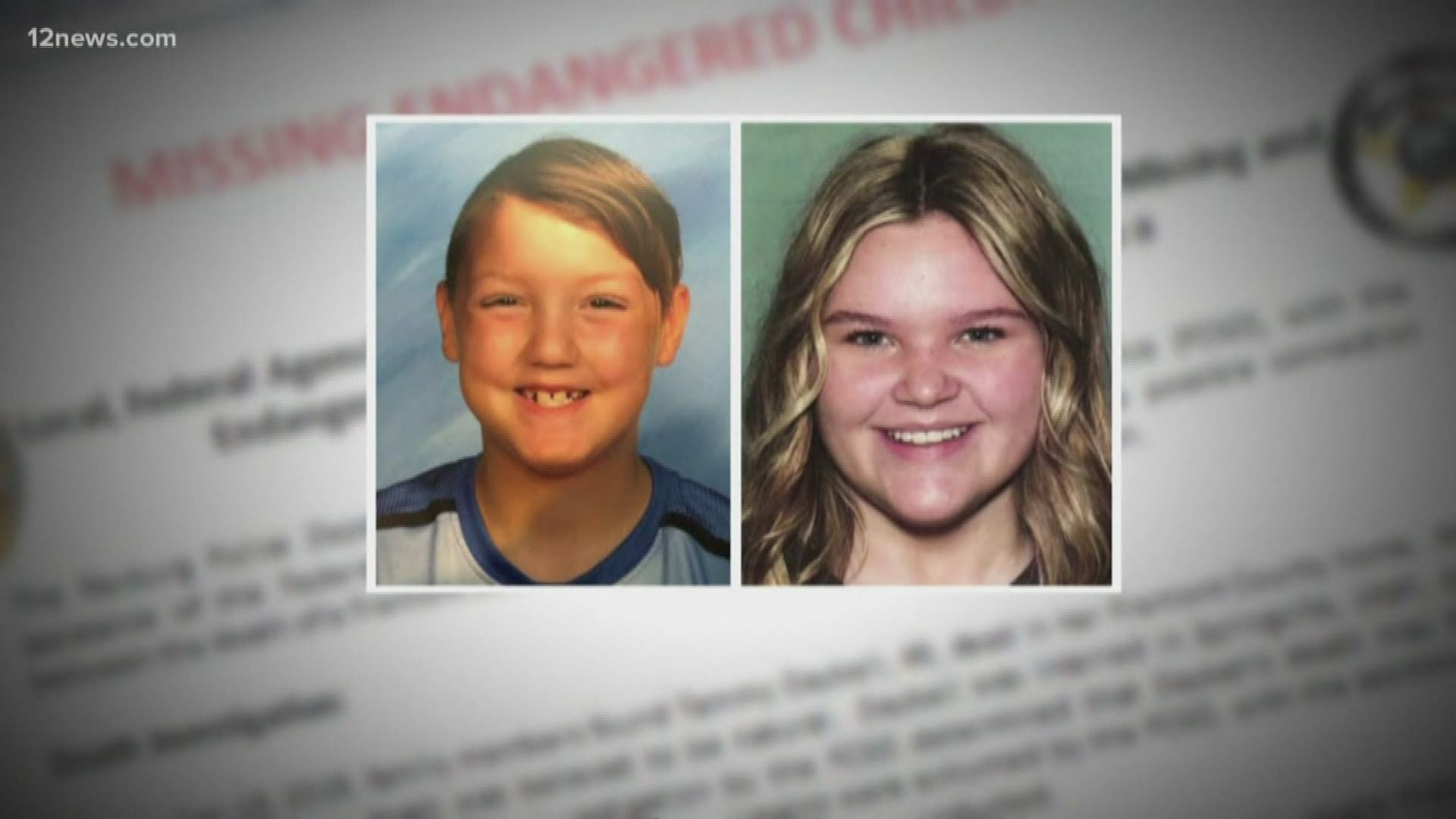 The death of Tammy Daybell

Tammy Daybell was found dead in her sleep in Idaho back in October. While authorities were investigating her death, they realized Joshua and Tylee were unaccounted for.

Daybell’s death was originally thought to have been from natural causes, but the investigation has been reopened due to new evidence. Authorities have not said what that evidence was.

Tammy’s body has also been exhumed.

Authorities executed a search warrant in January on Daybell’s house in Idaho, where Tammy was found dead. It was not immediately known what they were searching for.

Where are Lori Vallow and Chad Daybell? 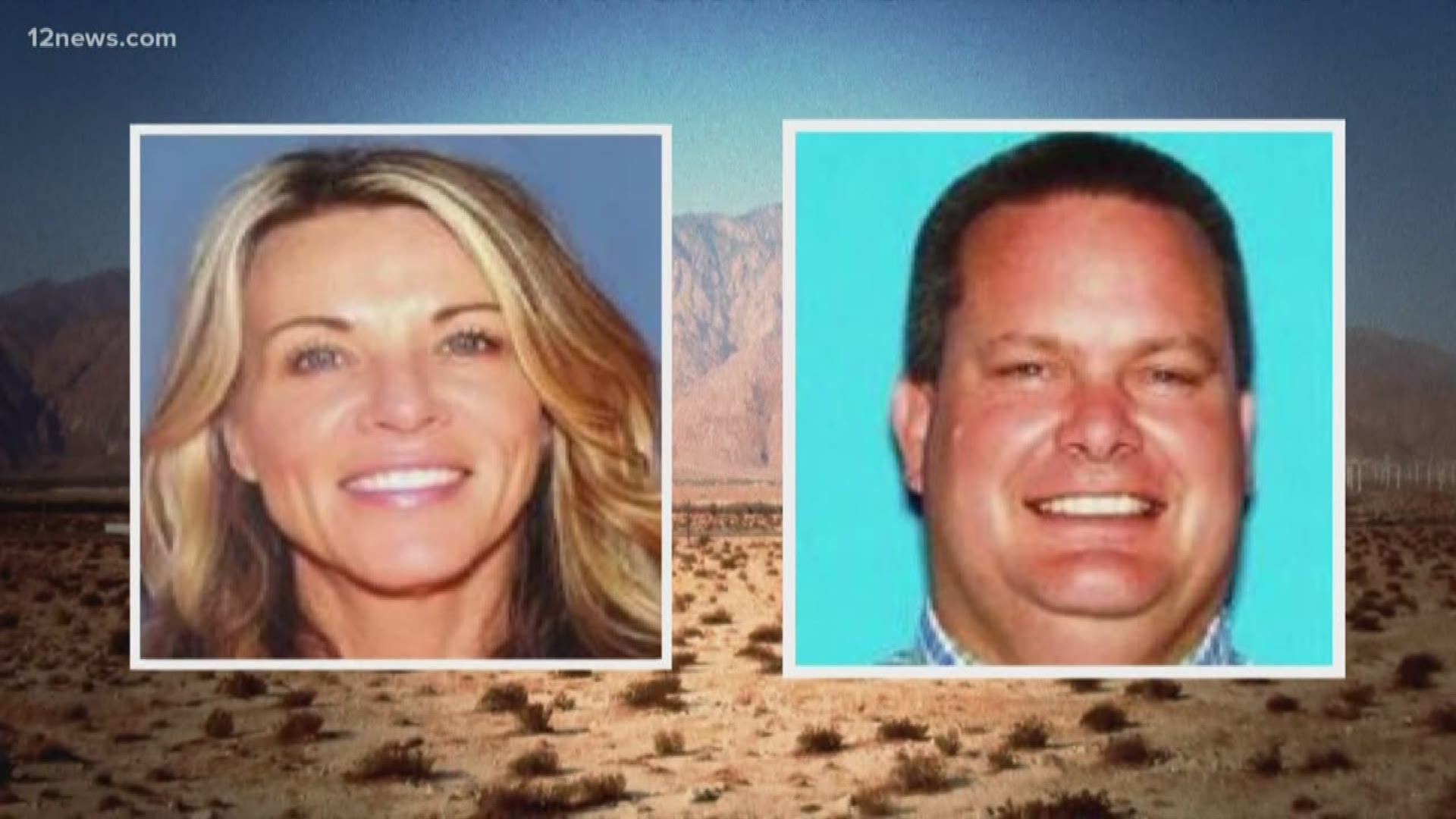 The couple were recently located at a resort in Kauai’I by police. The children were not with them.

Police in Kauai’I assisted police in Rexburg in serving a search warrant on their vehicle on Jan. 26.

It was not immediately known what police were searching for.

Vallow and Daybell have been in Hawaii for an unconfirmed amount of time.

Police in Kauai’I served Vallow with an order of petition on Jan. 25 in an effort to get her to physically produce her children to authorities in Idaho by Jan. 30.

Vallow did not present the children to the Idaho Department of Health and Welfare or the Rexburg Police Department by the end of the day.

Now a judge must decide what will happen next, according to the children’s grandmother Kay Woodcock. 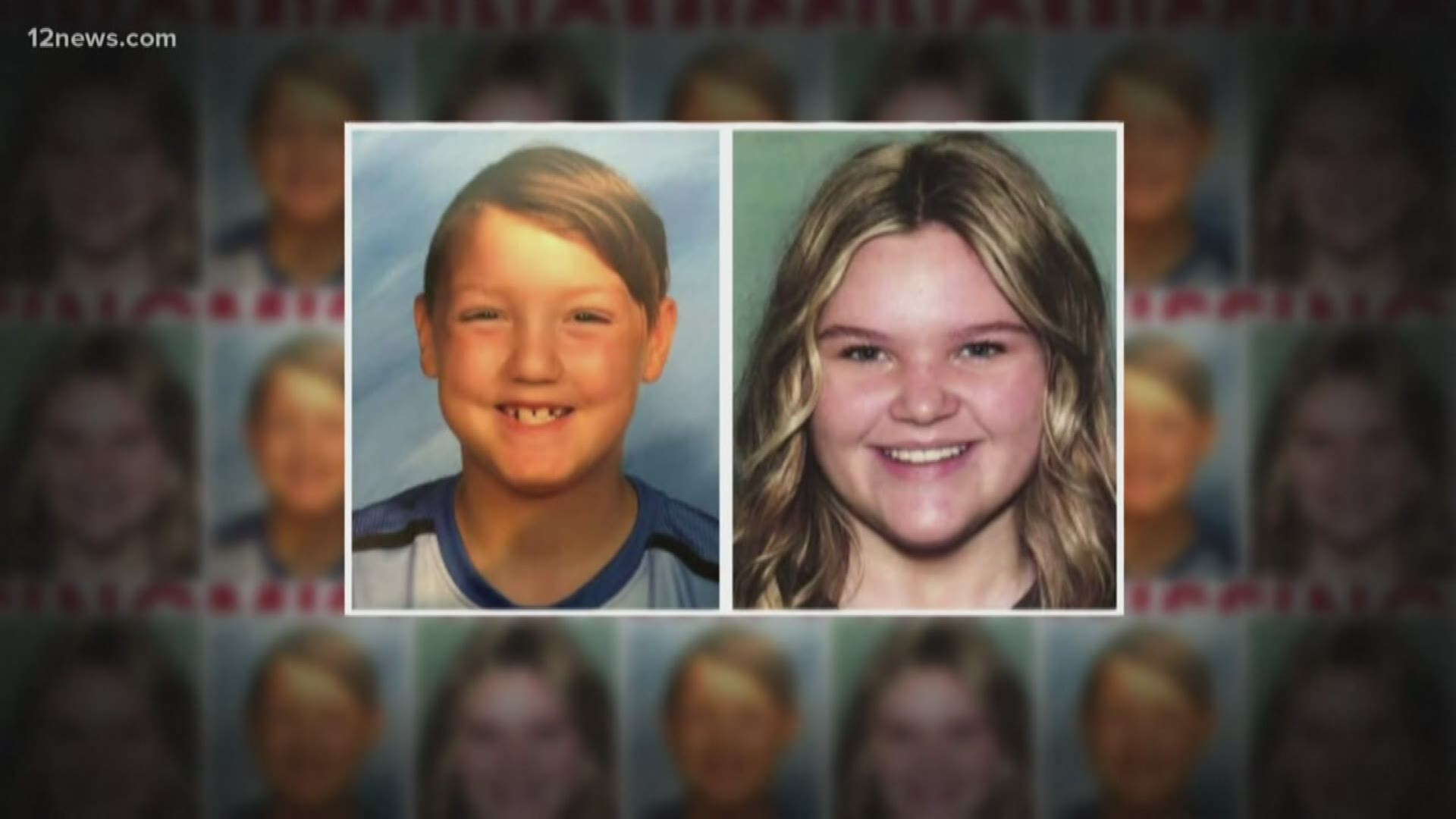 What do other family members know?

The children’s grandmother, Kay Woodcock, held a press conference shortly after the deadline passed for Vallow to produce her children.

“She's got an end game in her head and although this is not a game, but obviously she thinks it is for you to shun an order from a court telling you what you need to do,” Woodcock said.

“Lori, Chad, this can end rather quickly and it's going to end rather badly. If I was Chad I would be sleeping with one eye open, she's a black widow.”

Lori's oldest son, Colby Ryan, turned to YouTube in an effort to plead with his mother to bring his siblings home.

"Mom, I want to talk to you like you're sitting across from me," he said in the video.

RELATED: Brother of missing kids with Arizona ties speaks out after their mom fails to produce her kids to law enforcement

That question is one of the most difficult to answer right now.

Lori Vallow and Chad Daybell have not been charged in connection to the disappearance of the children, the deaths of either of their exes or even violating a court order.

One thing is clear, though: Authorities believe Lori has something to do with their disappearance.

In a press statement in December, the Rexburg Police Department said, “Lori knows either the location of the children or what has happened to them ... It is astonishing that rather than work with law enforcement to help us locate her own children, Lori Vallow has chosen instead to leave the state with her new husband."

Prosecutors said they are a little at a loss as to how to move forward other than attempting to force the parents to give them more evidence.

"Should they be brought back, the maximum penalty is five days in jail and a $5,000 fine," said Dave Leroy, former Idaho attorney general.

Anyone with information about Joshua Vallow and Tylee Ryan’s whereabouts is encouraged to contact police as soon as possible.

A $20,000 reward has also been offered for information leading directly to the recovery of the children. Family members have also started a website dedicated to finding the two, where tips can be submitted.

"I hope they are found and in good condition, but the longer this lingers, the more this is a concern, of course," Leroy said. 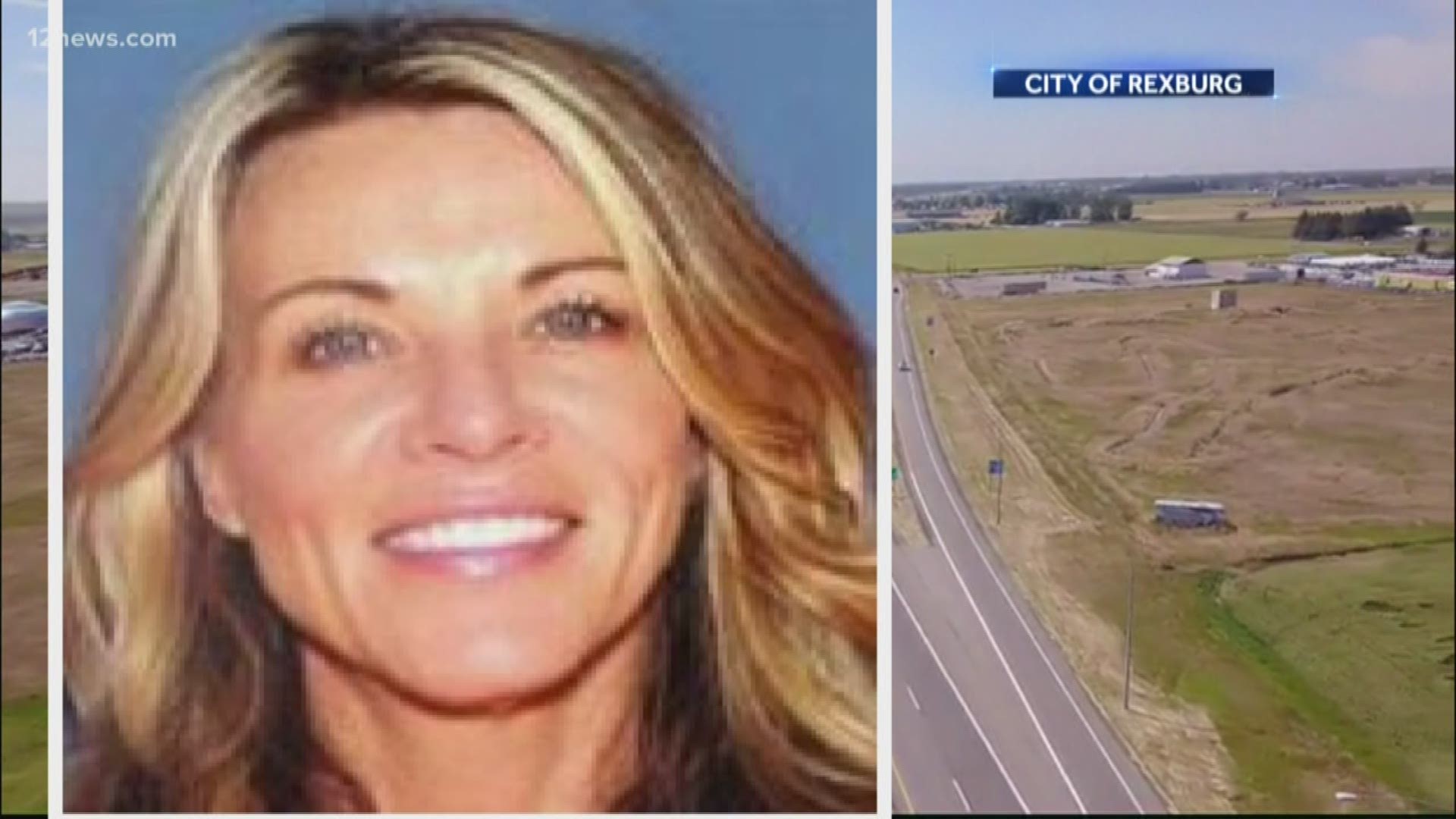 • She called herself God and threatened to kill him: Divorce docs shed light on bizarre final months of Vallow marriage