Investigators continue to look for answers as they search for 7-year-old Joshua Vallow and 17-year-old Tylee Ryan. 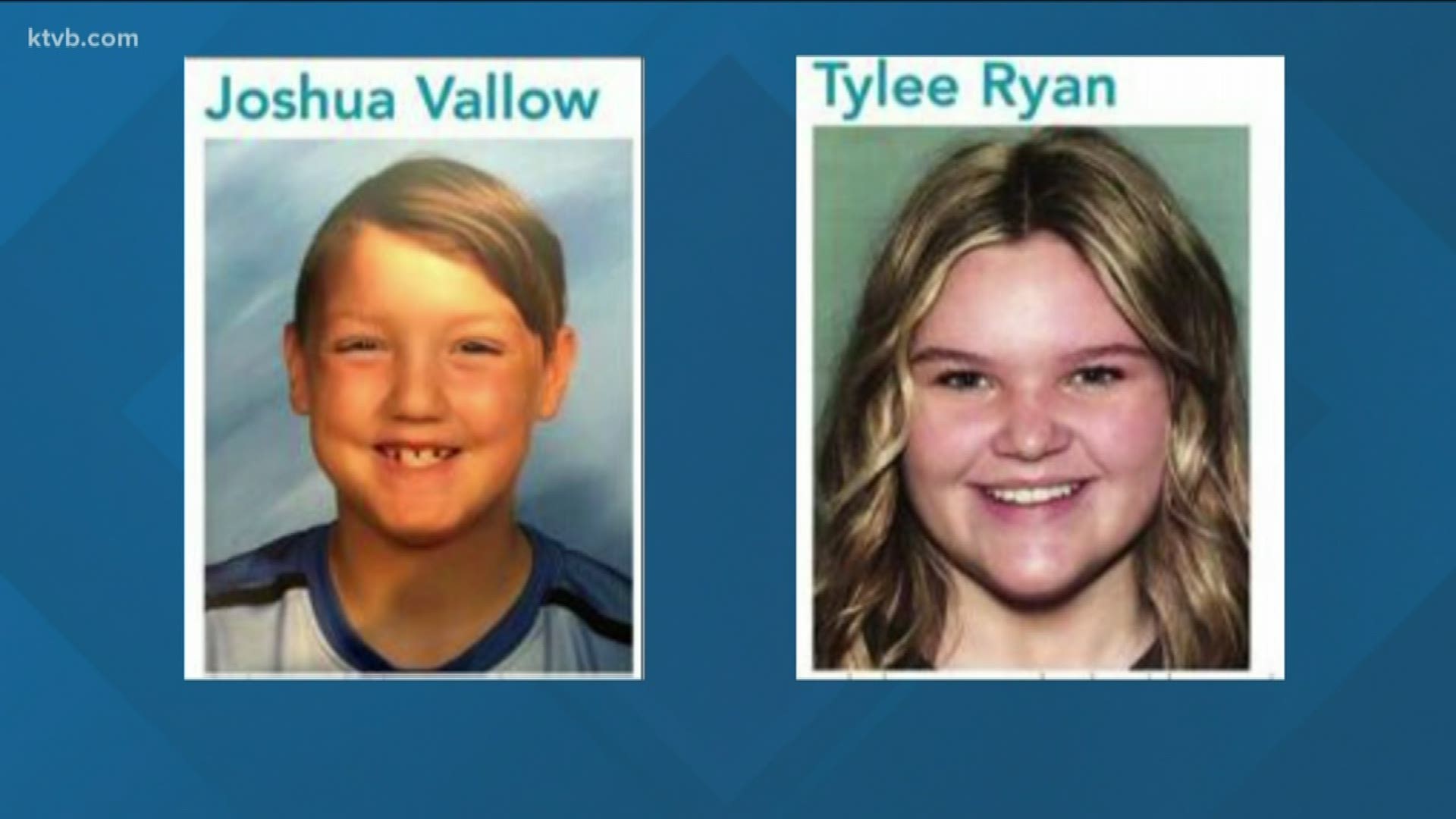 FREMONT COUNTY, Idaho — Investigators in eastern Idaho are still looking for two missing kids that were last seen in September.

The Rexburg Police Department, The Fremont County Sheriff's Office, along with the FBI, are investigating their disappearance.

Joshua Vallow and Tylee Ryan of Rexburg were last seen in September. Joshua is 7 and Tylee is 17.

While investigating the death of 49-year-old Tammy Daybell, Fremont County Sheriff Len Humphries says they realized there were a couple of kids unaccounted for, Joshua and Tylee.

Daybell's death was originally thought to be from natural causes, that investigation though has now been reopened.

Rumors are flying wild online about what happened to Tammy Daybell and to the kids.

"For any kind of an investigation to go forward, we need facts. Certainly, if someone has some information that is factual, or they know where we can obtain evidence, we would be very interested in knowing about that," Sheriff Humphries said. “Social media does tend to lend itself to lots of gossip, which doesn't really help anybody."

Questions have been asked about why the two kids had not been reported missing sooner, the sheriff says he has reason to believe they were pulled out of school so they could be homeschooled.

An attorney who says he represents Chad Daybell and Lori Vallow told the associated press that they love their son and daughter and look forward to addressing allegations. The Fremont County Sheriff's office says they have been in contact with that attorney.