JJ Vallow, 7, and Tylee Ryan, 17, haven't been seen since September. Police in Idaho have named Lori Vallow and her new husband Chad Daybell persons of interest. 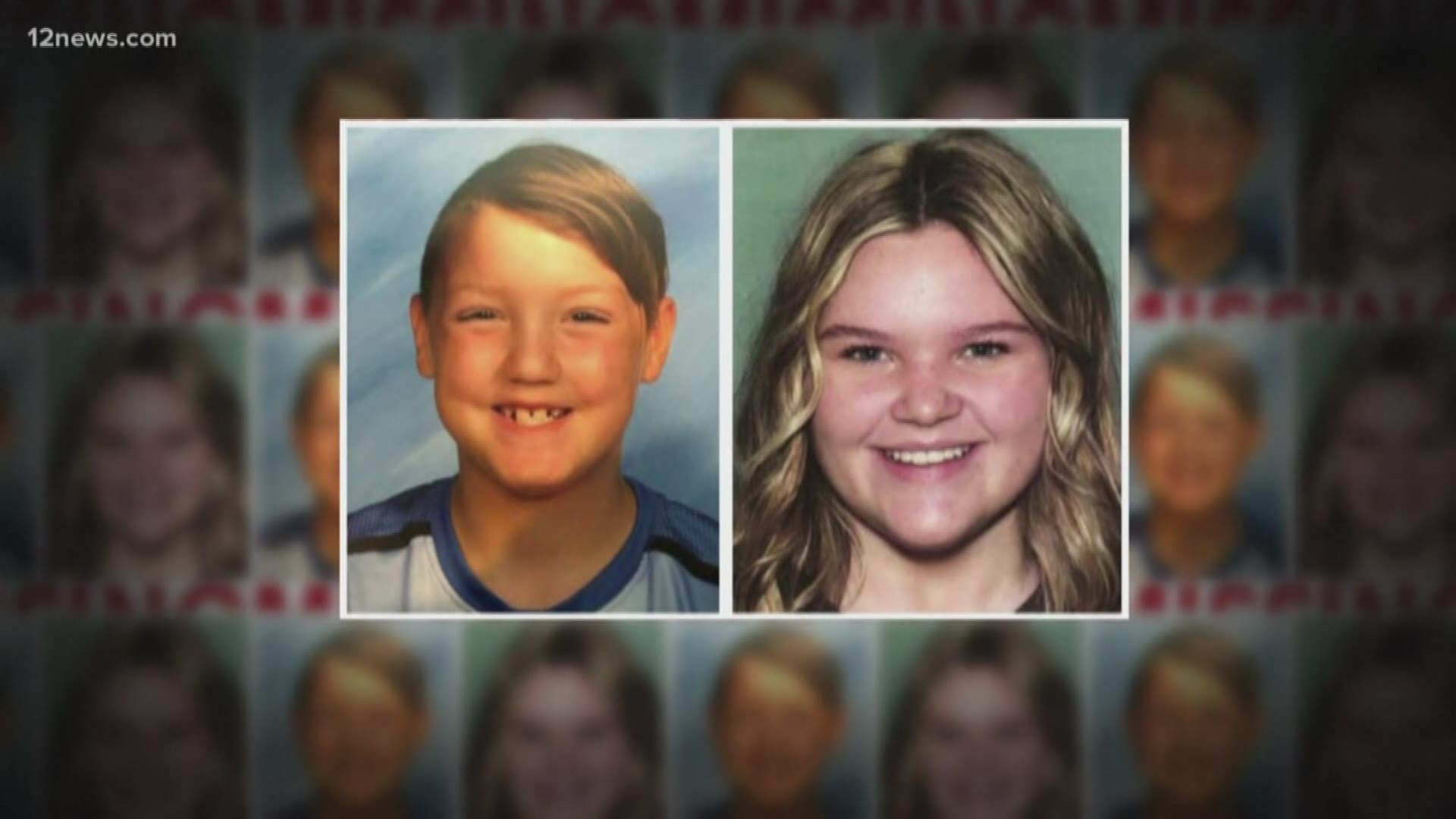 REXBURG, Idaho — A $20,000 reward has been offered for information directly leading to the recovery of two missing children out of Idaho, that had moved there from Chandler, Arizona in 2019.

JJ Vallow, 7, and Tylee Ryan, 17, haven't been seen since Sept. 2019. Police in Idaho have named Lori Vallow-Daybell and her new husband Chad Daybell persons of interest.

Family members started a website dedicated to finding JJ and Tylee where tips can be submitted: findjjandtylee.com.

Lori and her children previously lived in Chandler. Lori's former husband, Charles, was found shot to death in their Chandler home in July 2019. Back in July, Chandler police said Lori's brother shot Charles in self-defense. The case is still under investigation.

In the documents, filed in February, Charles petitioned for sole custody of JJ, saying he questioned whether Lori was "mentally stable enough to make decisions for herself and the child."

He claims Lori had recently become infatuated and "at times obsessive" about near death experiences and spiritual visions.

RELATED: 'You have the opportunity to end this': Lori Vallow's oldest son makes passionate plea to mom

In the documents, Charles made several references to Lori threatening him. Including allegedly telling him, "she could and had an angel there to help her dispose of the body."

Rexburg police in Idaho have said they believe JJ and Tylee's lives are in danger. In a statement police also said, "We know the children are not with Lori and Chad Daybell and we also have information indicating that Lori knows either the location of the children or what has happened to them. Despite having this knowledge, she as refused to work with law enforcement to help us resolve this matter..."

Lori and Chad married just weeks after Chad's wife Tammy, 49, was found dead in her home in October.

Tammy Daybell's death was attributed to natural causes but in December, authorities exhumed her remains. Investigators now believe her death was under suspicious circumstances.

Lori and Chad Daybell's attorney issued the following statement: “Chad Daybell was a loving husband and has the support of his children in this matter. Lori Daybell is a devoted mother and resents assertions to the contrary. We look forward to addressing the allegations once they have moved beyond speculation and rumor."