Shortly after 2 kids disappeared, someone shot at their family member

The shooting that happened in Gilbert in October is still under investigation. 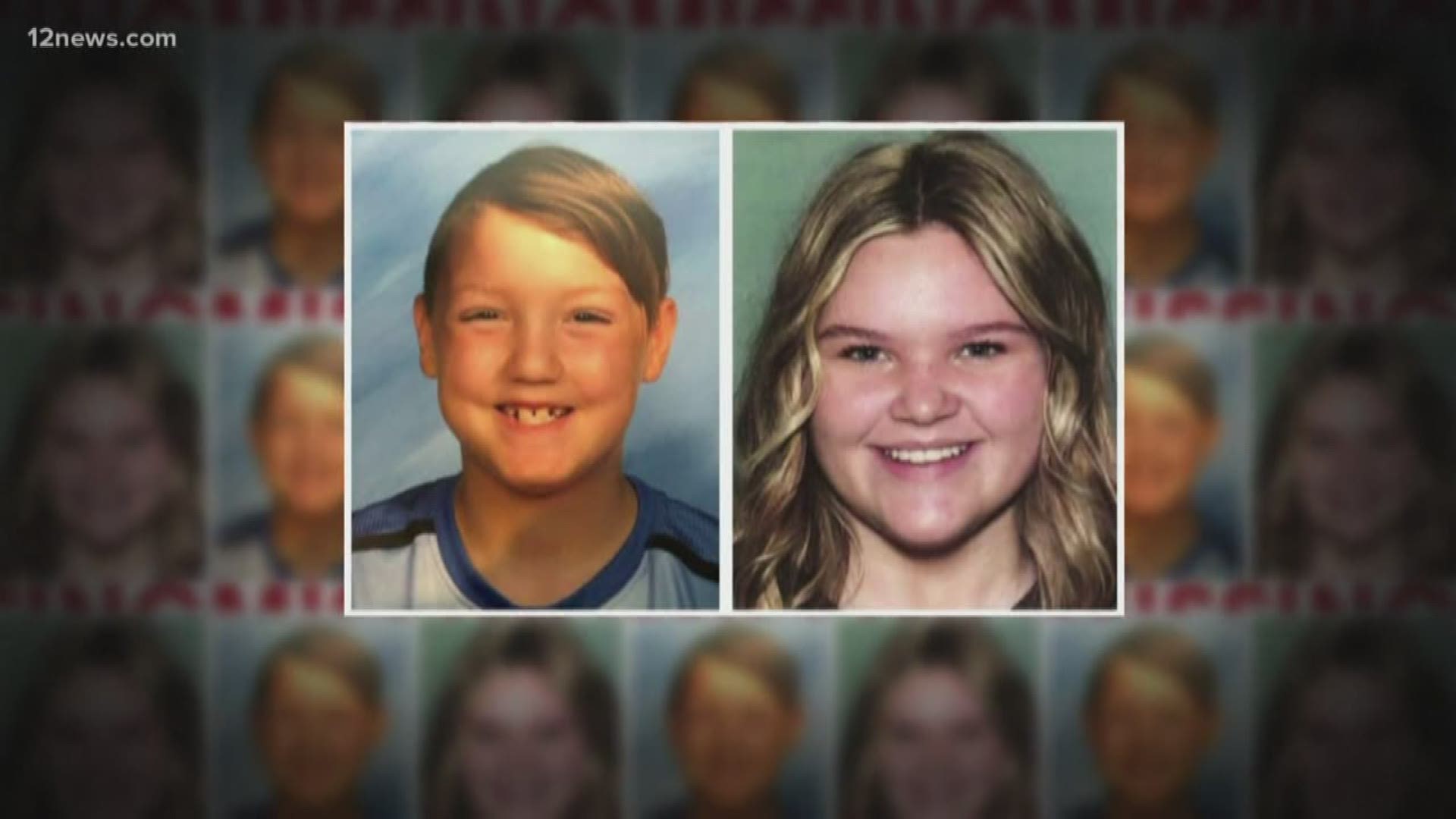 GILBERT, Ariz — New details continue to come to light in the case of two missing children, JJ Vallow and Tylee Ryan, who once lived in the Valley.

The kids went missing as police investigate a series of mysterious deaths.

Officials with the Rexburg Police Department in Idaho, where the children were last seen, are now saying they believe Joshua – who goes by "JJ" – and Tylee's lives are in danger.

Rexburg police have named their mother, Lori Vallow, and her new husband Chad Daybell as persons of interest in their disappearance.

RELATED: Parents of children missing since October named persons of interest in disappearance

As police and FBI continue their search for the children, we're learning a family member of theirs was shot at in front of his Gilbert home back in October.

Court documents show Brandon Boudreaux, who was married to Lori's niece, was shot at as he came home from the gym on October 2.

According to the documents, there was a vehicle parked outside Boudreaux's home, and someone from inside "fired a shot" towards Boudreaux, missing his head by mere inches. The shot shattered his car window instead.

Gilbert police say they continue to investigate the incident.

Meanwhile, in a statement, Rexburg police said they have information indicating Lori "knows either the location of the children or what has happened to them. Despite having this knowledge, she has refused to work with law enforcement to help us resolve this matter. It is astonishing that rather than work with law enforcement to help us locate her own children, Lori Vallow has chosen instead to leave the state with her new husband."

Police ask anyone with information about JJ or Tylee's location to come forward.

PREVIOUSLY: 2 Valley children disappear without a trace, under suspicious circumstances