Goodyear's SWAT team is back up – with new standards

The police department's SWAT team was deactivated after an I-Team investigation into hazing and other problems. 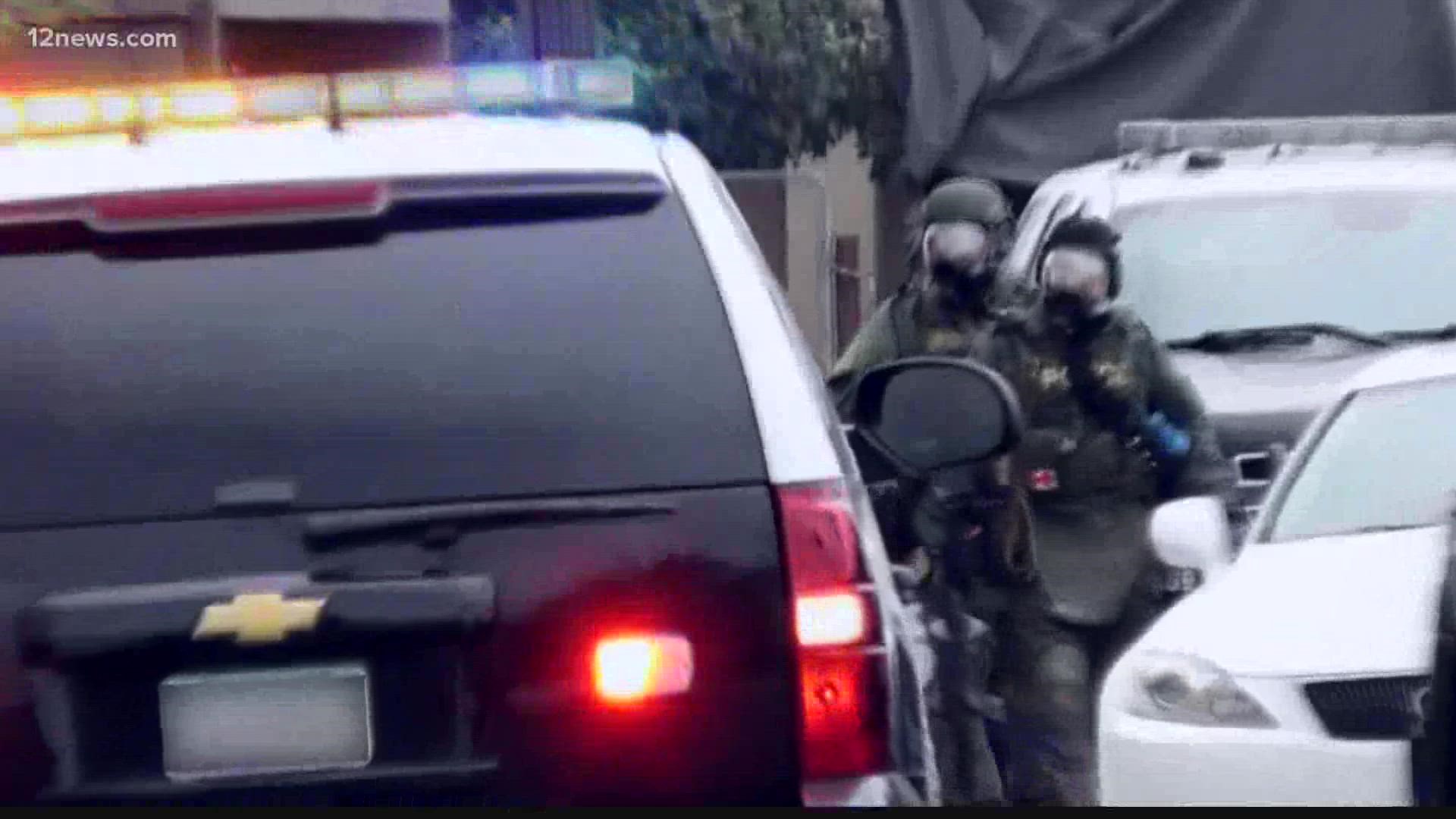 GOODYEAR, Ariz. — The Goodyear Police Department’s SWAT team is back up and running with “revamped” standards after a three-month shut down stemming from an I-Team investigation.

“Overall, I believe placing the team in non-operational status was completely reasonable and effective,” Deputy Chief David Farrow wrote in a memo on July 29 to Goodyear Chief of Police Santiago Rodriguez.

“The pause offered us the opportunity to review all aspects of the team, their mission, and team leadership/philosophy,” Farrow continued.

The I-Team’s investigation found irregularities in the Goodyear team’s training, including handcuffing and blindfolding team recruits and a secret “initiation day.”

12 News learned of the problems in March. The team was taken offline for a review on May 1.

“Everything was on the table – from testing to paperwork,” Farrow told the I-Team.

How a termination led to a SWAT team shut down

In March, the 12 News I-Team learned the former Goodyear SWAT commander and lieutenant in charge of professional standards, Joe Pacello, was facing termination after a female colleague accused him of sexually assaulting her in his home.

Pacello was never charged with a crime. During his appeal hearing to keep his job, the I-Team reported he said that he and the female officer were involved in a secret, sexual relationship while he was married. He said that in 2017, he invited the female officer to his home where he surprised her with what he described as SWAT team training.

The former officer, Jamie Cole, told the I-Team she felt that she was being tortured and feared for her life.

Pacello admitted he blindfolded and handcuffed Cole without her explicit consent, and that he led her to his bathroom where he had filled a tub with ice water and had her submerge her face repeatedly in the water.

Cole described it as waterboarding.

RELATED: Former Goodyear SWAT lieutenant loses appeal to get his job back

Pacello said that this training was similar to the SWAT team initiation process known internally as “Hell Day.” The 12 New I-Team exposed allegations from former and current SWAT team members detailing a years-long secret SWAT selection day that in some years included handcuffing and blindfolding recruits, exposing them to tear gas and ice water.

Now, under Farrow’s leadership, all of the above are changing.

The Goodyear Police Department invited 12 News to observe a mockup of its new and improved physical fitness portion of the SWAT selection day.

We asked Farrow about the new training.

“Will there be any gas exposure in the new testing process?”

“Will there be any handcuffs or hooding?”

Instead, SWAT members demonstrated activities that will be typical during the new selection process, including a run, a wall jump, an obstacle course and a body-dummy drag.

But the department's policy forbade SWAT members to activate them during operations.

Internal emails read:  “BWCs should not be deployed as part of any SWAT operation. SWAT tactics and operations are often confidential and to record SWAT operations and tactics may unduly jeopardize current or future operations.”

Goodyear Police Lt. James Hernandez was responsible for rewriting and reviewing the policies and in an email to Farrow wrote that he wanted to require the use of body-worn cameras.

“I am requiring that at least one entry team member wear and activate their BWC when performing entries," he wrote in an email to Farrow. "This is standard with other local agencies to include; Peoria, Phoenix and Scottsdale." (sic)

The SWAT team will now wear body cameras and the policies and standard operating procedures were rewritten.

Deputy Chief Mercy no longer is involved in the SWAT unit.

Deputy Chief Farrow said the entire team is scheduled for training with national experts in April 2022.

“There are things that we can do better. There are ways that we can evolve and strengthen ourselves and we’ve done that,” Farrow said.

During the period of the stand down, Hernandez went through local and national SWAT training with Phoenix police and the National Tactical Officers Association.

Farrow said the team improved its record-keeping and now keeps a roster of SWAT team members.

According to a staffing roster obtained by 12 News, at least four SWAT team members have left the team since the stand down but Farrow said Goodyear still has enough staff to cover any incident requiring SWAT.

“We are definitely a team that can come out and safely handle these events and keep the community and the public safe,” Farrow said.

After 12 News was invited to observe the testing, an official testing day was held with four Goodyear officers trying out for the team. A city spokesperson said three made it. 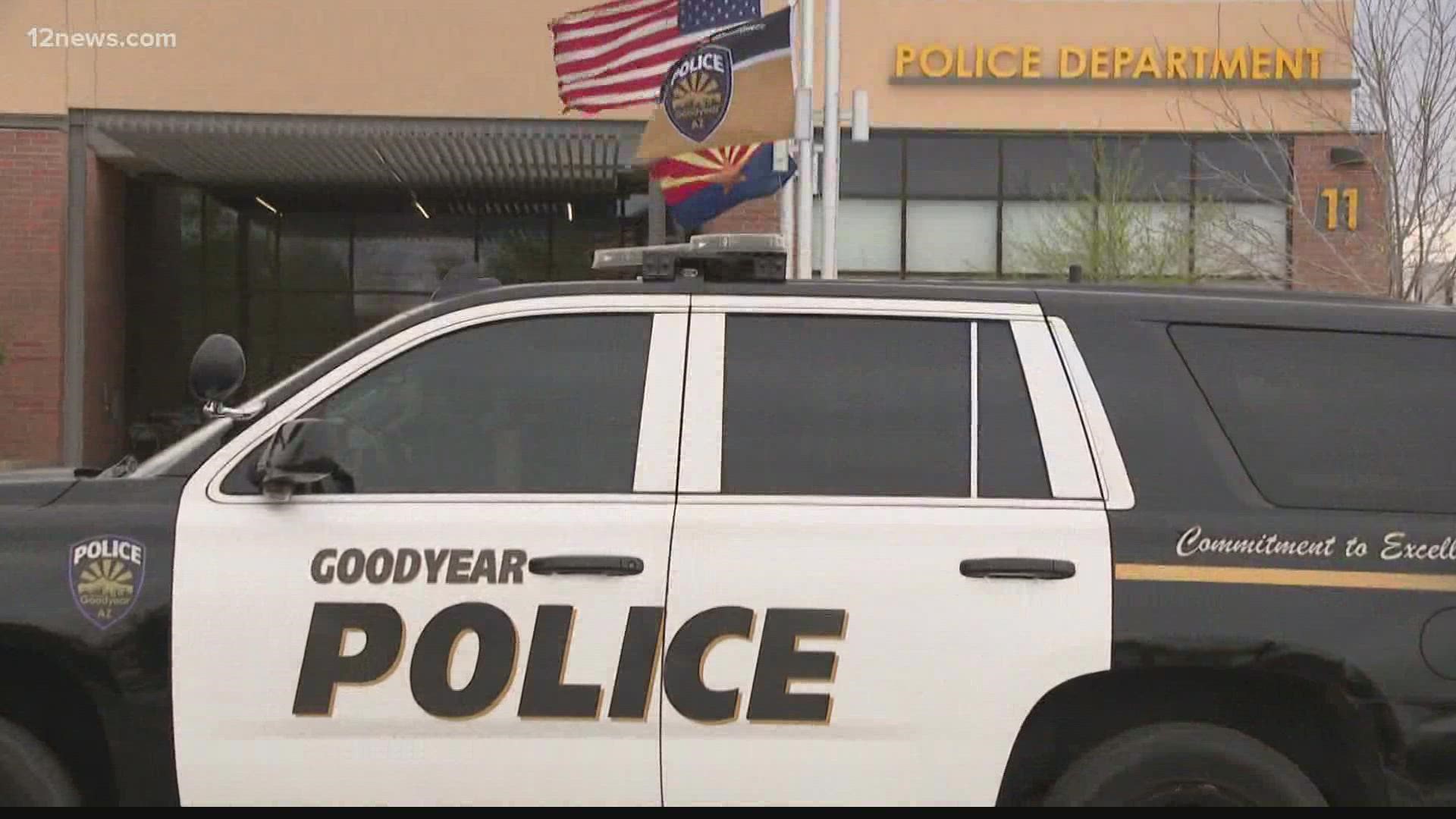