The SWAT team shut down to make sure that it is in line with National Tactical Officer’s Association standards. But NTOA says they have yet to be contacted. 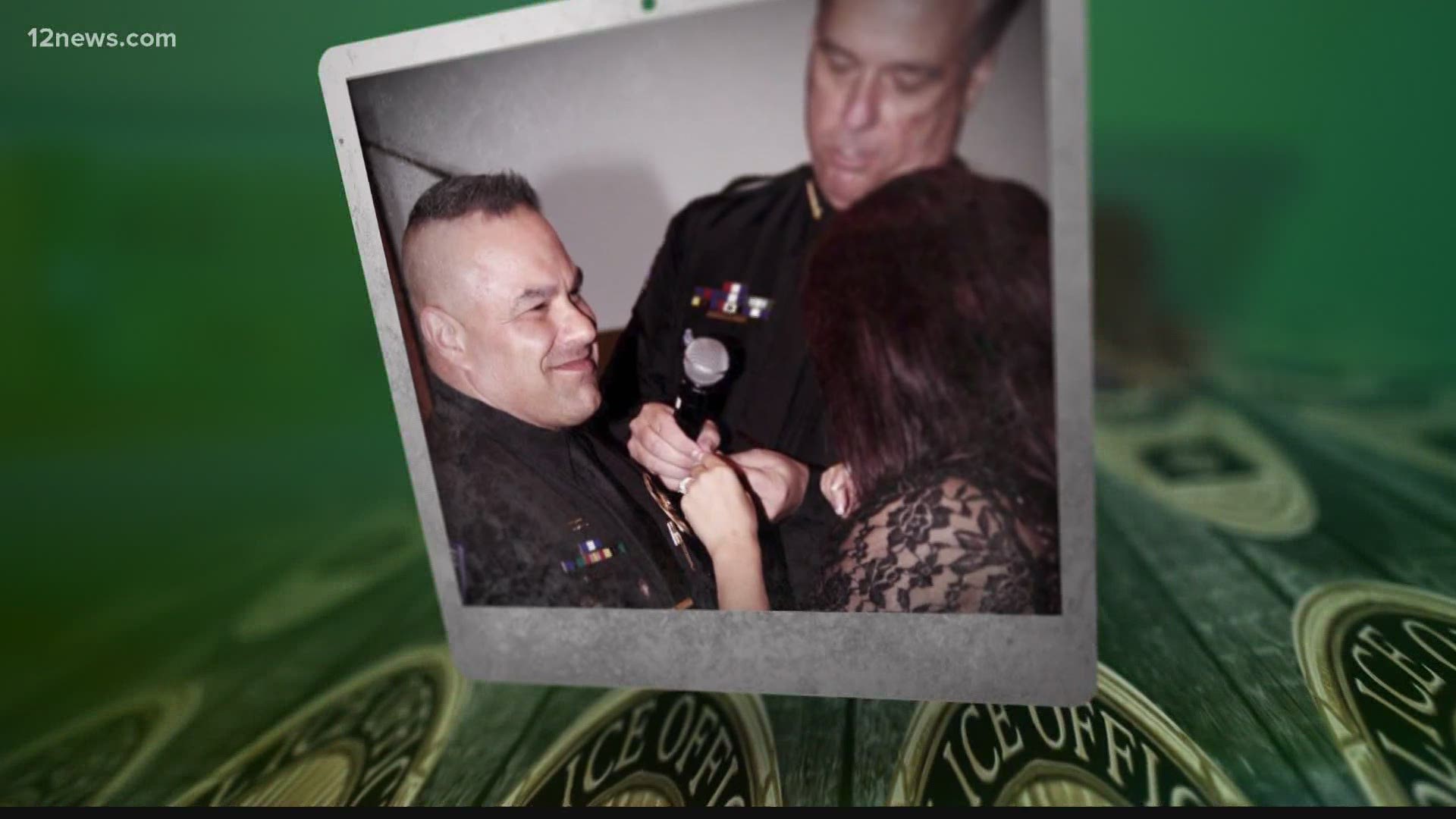 GOODYEAR, Ariz — Update: Following the publication of this report, The City of Goodyear contacted NTOA and Don Kester to schedule tactical training for the police department’s SWAT team. NTOA confirmed Goodyear police first submitted a request to NTOA on May 28, but NTOA had not received the request until after the story aired.

After the 12 News I-Team exposed allegations of hazing within the Goodyear Police Department's SWAT team and the termination of a SWAT commander, Goodyear temporarily shut down its entire SWAT team.

But after five weeks of the shutdown, 12 News has learned the Goodyear Police Department has yet to consult the national training organization whose standards they say they are trying to meet.

SWAT team shut down for the summer

The SWAT team was officially stood down as of May 1st following a series of 12 News investigations revealing disturbing allegations of hazing and abuse.

The allegations include requiring SWAT recruits to participate in a secret initiation day known within the department as "Hell Day." The itinerary for the day changed each year but recently included handcuffing and blindfolding recruits.

The Buckeye Police Department is stepping up to handle SWAT calls in Goodyear during this downtime. A city spokesperson indicated the team will be offline until August.

In an email to 12 News, Goodyear spokesperson Tammy Vo said, "Department leadership is conducting a comprehensive review of the program to make sure that it is in line with National Tactical Officer’s Association standards.”

Goodyear stood down its SWAT team on May 1st. However, 12 News has learned the city has yet to contact the organization that sets those standards despite five weeks passing by.

“We have not heard from Goodyear, I can tell you that in this case," said Don Kester, the Director of Training and Education for the National Tactical Officers Association.

"We should come into the 21st century"

Kester is a former SWAT commander himself who trains SWAT teams in Arizona and around the country. He said Goodyear's practice of secret "Hell Days" which are not documented in written policy is indefensible.

Kester said members of Goodyear's SWAT team have participated in NTOA training over the years but somewhere along the line, members of the team went off track and developed the secret initiation process for recruits.

RELATED: Everything you need to know about the former Goodyear SWAT commander's termination appeal

Kester said the practices of "Hell Day" do not align with NTOA practices.

“If that's the crux of our process and we have to rely on secrets, we probably shouldn't have a SWAT team. We should stand down and we should come into the 21st century," Kester said.

"That's part of the challenge. People get into that mindset. Oh, well, it's a secret. We want to surprise you. Why? I mean, what's the point? What are we accomplishing here?”

In addition to the handcuffs and hoods, one former officer also described a bizarre Easter egg hunt.

“There’s a bunch of Easter eggs and there’s one of those mini handcuff keys thrown in the Easter egg," said a former Goodyear PD officer.

He said one year, handcuffed recruits were told to search for the key to their cuffs inside plastic Easter eggs in a room filled with gas. They were given no gas masks.

“There would be no reason to have anybody handcuffed during chemical agent exposure," Kester said.

In an April interview with 12 News, Goodyear Police Chief Santiago Rodriguez said the SWAT team would stop the use of handcuffs and blindfolds but defended another part of "Hell Day" where recruits are put into a kiddie pool with ice water and told to put Legos together.

"The way water is used is to figure out, find the dexterity of people," Rodriguez said.

“Where's the science behind that? What is the scoring process? What documentation do we have?" Kester said.

"What does happen on occasion is you have organizations or sometimes a unit or a person or persons within a unit who are really more focused on trying to either make their SWAT team look or appear or go through a process that's similar to a military special operations team which domestic law enforcement absolutely is not.”

Goodyear City Manager Julie Karins said she has confidence in Chief Rodriguez to conduct this review of the SWAT team.

"Oh, I have absolutely full faith that Chief Rodriguez and his team have all of the resources necessary to make and keep this at already as a top-notch department," Karins said.

In an email to 12 News, Goodyear Vice Mayor Bill Stipp said in part, "Creating department benchmarking for training is an operational task, and I have confidence in our city manager and chief to making these types of determinations as we are creating them for all our city departments."

12 News was told Chief Rodriguez will not be available for an interview until the internal review is complete later this summer.