Former Goodyear SWAT lieutenant loses appeal to get his job back 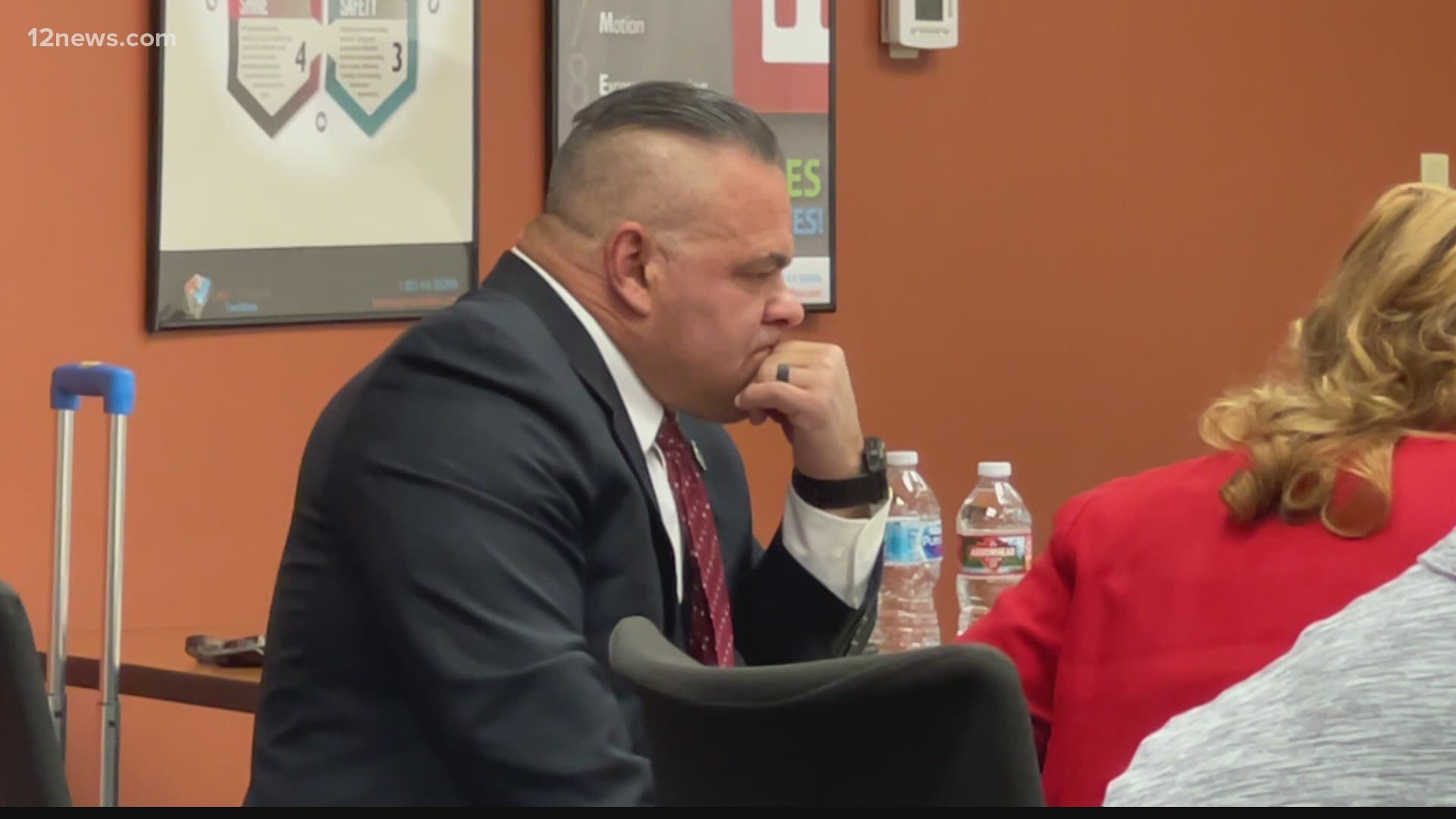 GOODYEAR, Ariz. — A former Goodyear police lieutenant has lost his appeal to get his job back. Joe Pacello, who has worked for the Goodyear Police Department since 2005, was fired in March and immediately filed an appeal to fight the decision.

However, in a letter signed on Wednesday, Goodyear City Manager Julie Karins wrote after reviewing the case, she would uphold Pacello’s termination.

Pacello appealed his termination and was granted a two-day hearing to make his case. According to testimony presented, Pacello was terminated for two alleged incidents - one in 2017 and another in 2019. Both incidents involve Pacello’s former Goodyear PD colleague, Jamie Cole.

Cole reported the incidents in August of 2020 which sparked an internal investigation handled by the Department of Public Safety and a criminal investigation conducted by Chandler PD. Cole has since left the police department.

Pacello was fired for “conduct unbecoming” and “infamous conduct” following the DPS internal affairs investigation that found evidence he handcuffed and blindfolded Cole in his home in 2017. Pacello told investigators he filled his bathtub with ice water and Cole submerged her head in the water repeatedly while handcuffed. Pacello said that he was preparing her for “Hell Day” or the Goodyear SWAT selection test.

Pacello, who was married, had been in a secret relationship with Cole since 2015. In an interview with 12 News, Cole said she wanted that relationship to end by the end of 2016.

In early 2017, Cole went on a date with someone else. Pacello found out about the date and Cole said he was upset. Not long after, he invited Cole over to his house.

Cole said she believed she was going there to talk about the date but when she arrived, she said Pacello handcuffed and blindfolded her then threatened her. She said he took her to his bathroom where he had filled his bathtub with ice water before she arrived. Cole said he submerged her face in the water, describing it as waterboarding. She said he then sexually assaulted her.

Chandler PD investigated the sexual assault and did not recommend criminal charges.

During his appeal hearing, Pacello disputed parts of Cole’s story. He said he had been training Cole in the gym for the SWAT team for months prior to that incident. He said he invited Cole over that day to continue their training and he had created his own test specifically for Cole.

Pacello said while Cole didn’t know what to expect, she consented to the training. He said he blindfolded and handcuffed Cole then took her to his bathtub filled with ice water. He testified he then told her to submerge her face in the water with the goal of holding her breath for 10 seconds.

He said after the training was over, she consented to sexual acts. During Pacello’s appeal hearing, both Deputy Chief David Farrow and Chief Santiago Rodriguez said Pacello’s version of the incident alone warranted termination.

According to attorneys representing the city of Goodyear, a second incident also led to Pacello’s termination.

Goodyear attorneys said in the summer of 2019, Pacello showed up to Cole’s home and tried to get inside locked doors while yelling outside after Cole had ended their sexual relationship. The incident was witnessed by neighbors who told investigators they would have called the police had they not known that both Cole and Pacello were the police.

Pacello argued the neighbors misunderstood. He said Cole knew he was coming over so he went to open her screen door but it was locked. He said because her doorbell is broken, he then “rapped” on her door several times.

Pacello said he never yelled outside her residence and ultimately went through an unlocked door in her garage. Then, he said he raised his voice and cursed at Cole asking why she didn’t leave her door unlocked for him.

A city spokesperson told 12 News once the appeal hearing was finished, Pacello’s case would head to Arizona’s Police Officer Standards and Training Board.

A spokesperson from the Maricopa County Attorney’s Office said it is currently doing a review of Pacello to determine if he should be placed on the Rule 15 “Brady list.”

Pacello and his attorney could not be reached for comment Thursday.