The decision came less than two weeks after the I-Team exposed recordings of current and former Goodyear SWAT members. 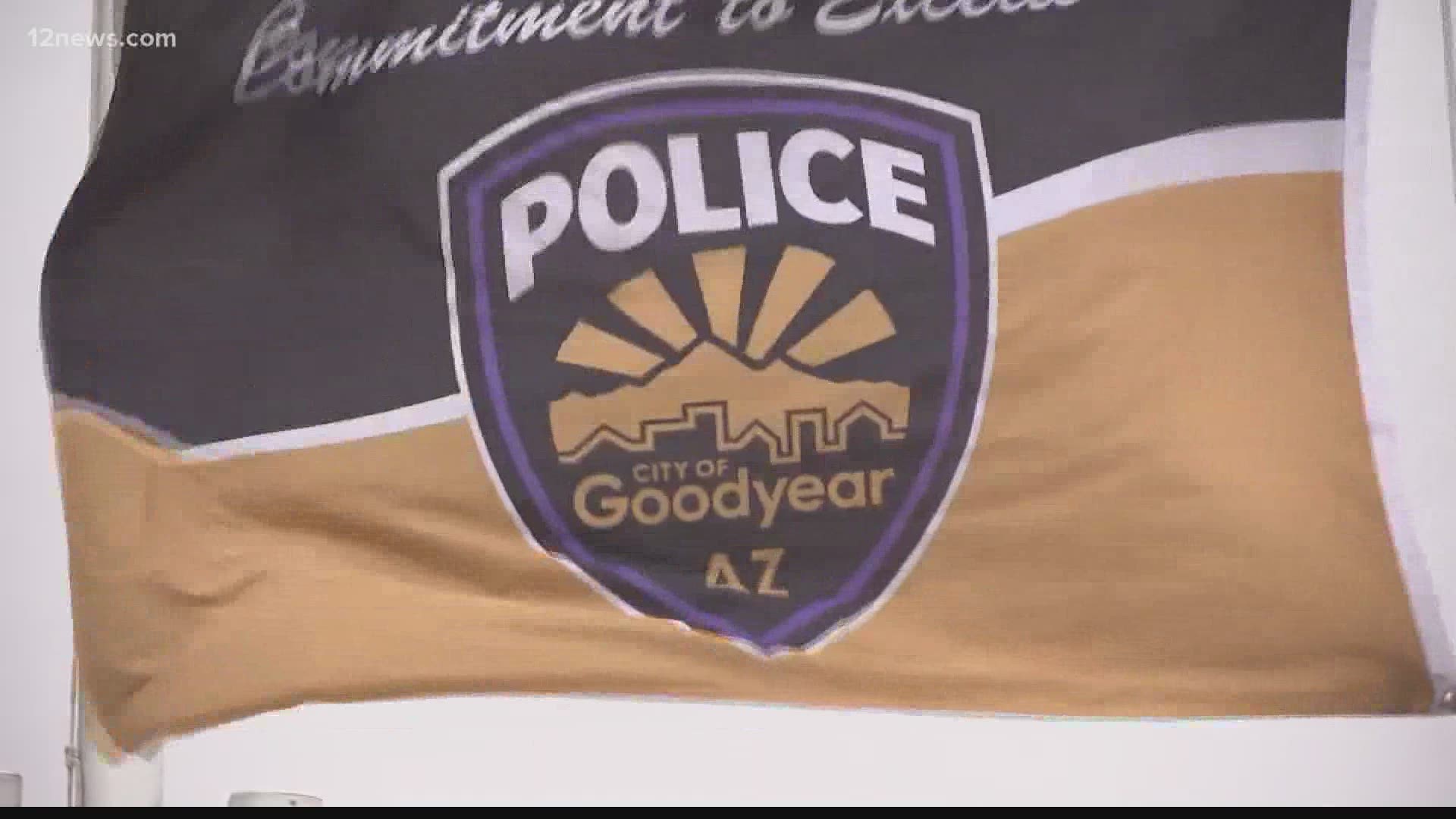 As of May 1, Goodyear PD is “standing down” the part-time SWAT team and the Buckeye Police Department has agreed to cover any SWAT-related calls in Goodyear, should the need arise, according to emails the 12 News I-Team obtained through a public record request to Buckeye Police.

“Effective May 1st we are temporarily standing down our SWAT team while we review selection, retention, policy, SOP, training, etc.” Goodyear Police Lt. James Hernandez wrote in an email dated April 27. “Essentially it is a complete review of how we operate.”

The decision to stand down the SWAT team comes less than two weeks after the 12 News I-Team exposed recordings of current and former Goodyear SWAT members describing what police experts in the Valley and around the nation considered hazing or abuse.

RELATED: Everything you need to know about the former Goodyear SWAT commander's termination appeal 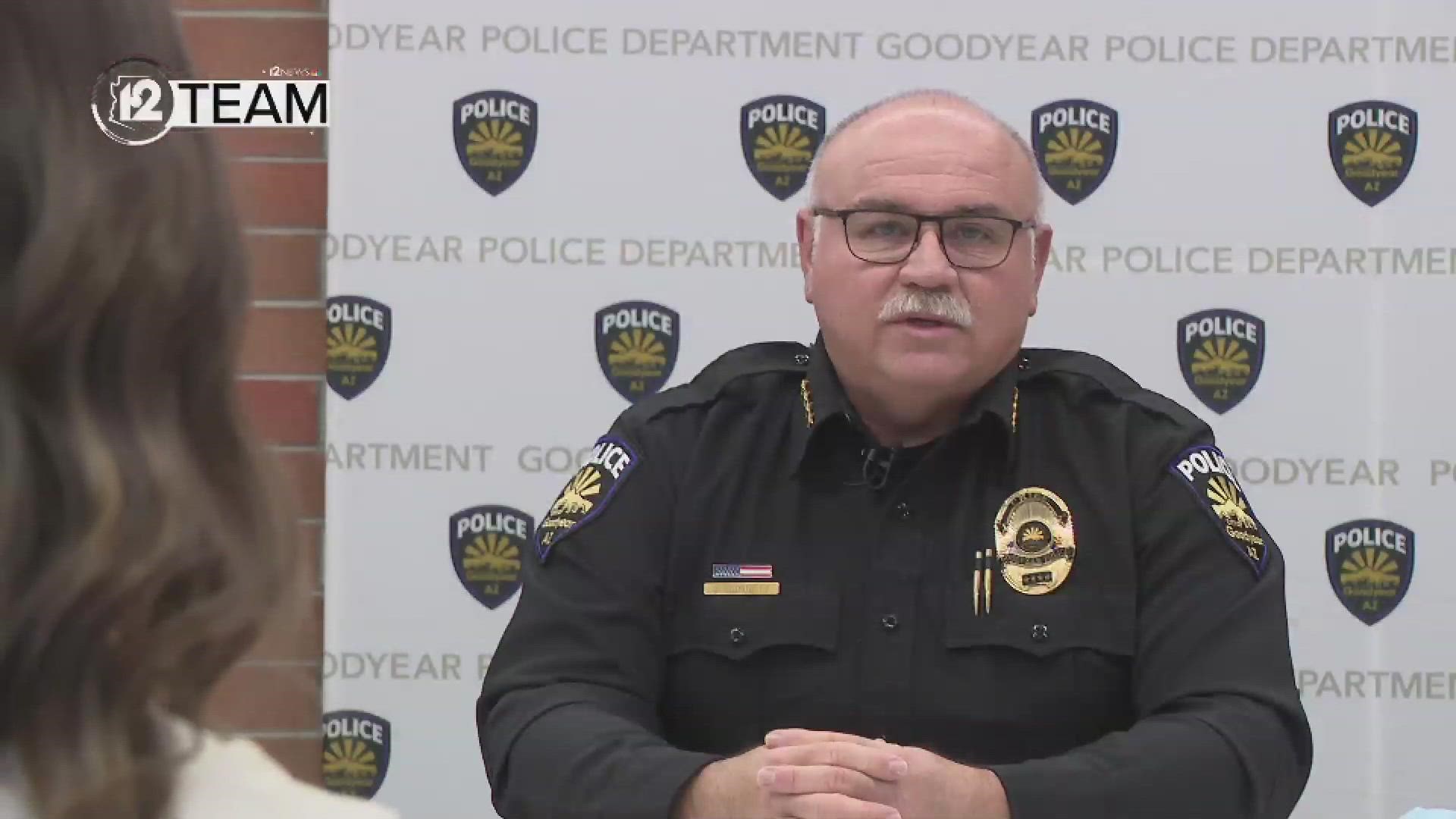 “For one year we had them put on a gas mask and put a balaclava inside the lens of the gas mask so it covered up the eyes,”  a current deputy chief and former lieutenant on the Goodyear SWAT team said about recruits. He was describing a secret SWAT initiation process known in the department as “Hell Day.”

The deputy chief laid out a typical “Hell Day” itinerary to a Chandler police detective during recorded interviews in August 2020, including handcuffing and blindfolding recruits, at times exposing them to ice water or gas without masks.

The I-Team obtained these recordings through a public records request in April.

“It seems like every year the desire from the team is to make this harder and harder and harder,” the deputy chief said.  “And we have to remember that we can't do that forever. And make the test impossible.”

The Chandler Police Department was not investigating the SWAT team but was conducting a criminal investigation into allegations that the former SWAT commander, Joe Pacello, sexually assaulted a female officer.

The female officer, Jamie Cole, has since retired. She told Chandler Police last August that if Pacello was confronted with her allegations, he would likely say that he was training her for SWAT.

Among her allegations included that after an argument in 2017, Cole went to Pacello's home where he blindfolded her, threatened her and handcuffed her. She told investigators that while handcuffed, Pacello repeatedly pushed her face down into his bathtub that he had filled with ice water.

She said he then sexually assaulted her.

During an administrative hearing in May, Pacello said that he had handcuffed and blindfolded Cole in his home in 2017. He said that he had filled his bathtub with ice water, but he said Cole submerged her own face in the water while handcuffed. He said the sexual encounter was consensual.

Chandler Police did not recommend charges against Pacello, in part because detectives wrote the existence of “Hell Day” complicated their investigation.

“In this case, the existence of such a process served to complicate the investigation as detectives could not determine which acts constituted assault versus test preparation,” Chandler detective Ashley Nolan wrote.

Pacello was never charged with a crime but was terminated in March 2021. He has appealed his termination and the appeal is pending.

In April, the Goodyear chief of police agreed to an interview with the I-Team.

“It is one of the most rigorous testings that you’ll probably find in any police department across the nation,“ Chief Santiago Rodriguez said in April.

Rodriguez acknowledged that the training and itinerary are not the same each year and are not documented in written policy. In fact, the entire selection-day process is an open secret in the department that has lasted years.

“I don't know offhand exactly how long. But what I do know is that it's been going on for quite a while. I'd say maybe 12 years or so,” Rodriguez said.

At that time, Rodriguez said that he had assessed the selection process and that he had determined handcuffing and blindfolding would no longer be included. However, he did not state that the department would stand down.

In an email, Goodyear city spokesperson Tammy Vo said the chief would not be available for another interview until the review is completed.  Vo said that the police department leadership is conducting the review internally and expect that to conclude in August.

In the email to Buckeye Police, Hernandez said that he had specific benchmarks the SWAT team had to meet before they start back up. The city has not clarified what those benchmarks are or who determined those, but said that the police department leadership is conducting a comprehensive review of the program to make sure that it is in line with National Tactical Officer’s Association standards.