Leslie Scarlett, 35, accused of killing at least one person, wounding two EMTS and a firefighter, died after being shot by police. 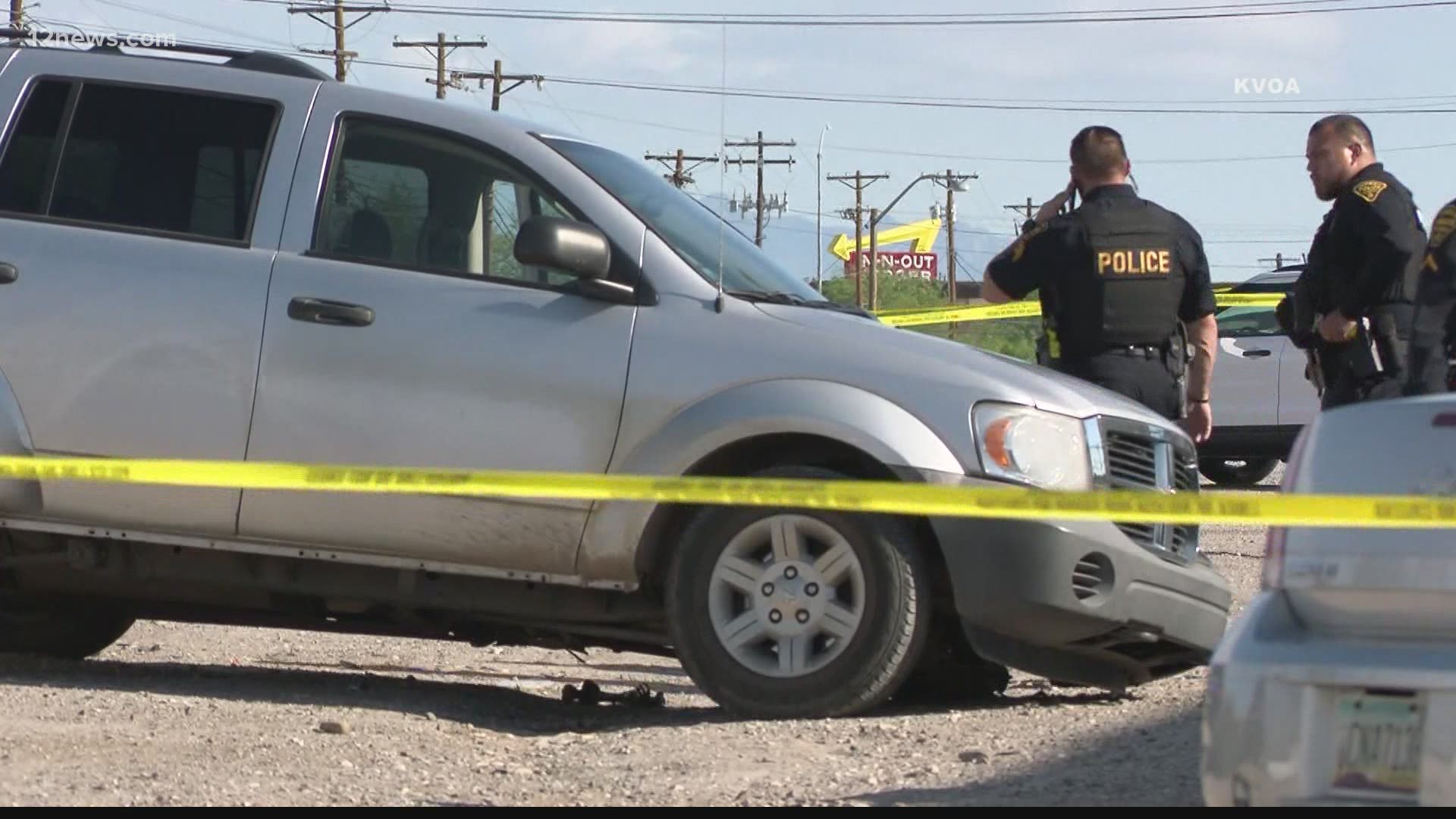 TUCSON, Ariz. — The man who reportedly shot and killed at least one person during Sunday's shootings on Tucson's south side died after being shot by Tucson Police, officers said Thursday.

The suspect, who was identified as 35-year-old Leslie Stephen Scarlett, left the scene of a house fire located in 2100 block of E. Irene Vista, near South Kino Parkway and 36th Street. Police said they later found a woman, identified as 36-year-old Jennifer Fells, dead from a gunshot wound in the home.

Scarlett reportedly opened fire after fleeing the home at an America Medical Response ambulance that was stationed at Quincie Douglas Center at around 3:45 p.m. in reference to an unrelated medical incident.

Authorities said Scarlett allegedly shot an AMR EMT in the head. Another EMT was struck in the chest and arm in connection to the incident.

According to police, Scarlett then returned to the scene of the house fire, where he shot at firefighters and bystanders, injuring a Tucson Fire Department captain, and killing a man, later identified as 44-year-old Cory Saunders. Saunders was shot in the head and pronounced dead at the scene.

TPD said the Tucson Fire captain was struck in the arm and a bystander who lives in the neighborhood was grazed by a bullet in connection to the shooting at the house fire.

News 4 Tucson has confirmed through our sources two AMR EMT's and a Tucson Firefighter have been shot. My thoughts and prayers are with them tonight. Stay with News 4 Tucson for the latest information.

When the officers arrived at the scene, Scarlett allegedly rammed a TPD vehicle with his vehicle near Campbell Avenue and Irene Vista Road. The suspect then fired his weapon at the responding officer.

The officer then shot Scarlett. He later died at the hospital.

TPD said there are two or three children associated with the residence. In a Monday morning update, police said the kids have been located.

TPD shared that the EMT who was struck in the head is currently recovering at the hospital in "very critical condition." Police said the individual is 20 years old. The other EMT who was injured at the park is in stable condition. She is 21 years old.

The department also said the TFD captain who was shot at the scene of the house fire sustained minor injuries.

City of Tucson Mayor Regina Romero released a statement in regards to the incident.

The statement is listed in its entirety below.

I ask our entire Tucson community to join me in thinking about and praying for the victims of this afternoon’s fire and shooting by Silverlake Park, including first responders from AMR and the Tucson Fire Department. This was a horrific and senseless act of violence.

Thank you to the men and women at @Tucson_Police, @TucsonFireDept and all of the first responders and neighbors who courageously responded to the scene, knowingly putting themselves in danger.

I have spoken with both Chief Magnus and Chief Ryan and let them know that they have my full support with anything they need during this difficult time.

(1/3) I ask our entire Tucson community to join me in thinking about and praying for the victims of this afternoon’s fire and shooting by Silverlake Park, including first responders from AMR and the Tucson Fire Department. This was a horrific and senseless act of violence.