Police said Destiny McClain, 23, was hit while suspects were shooting out of a car on McDowell Rd. 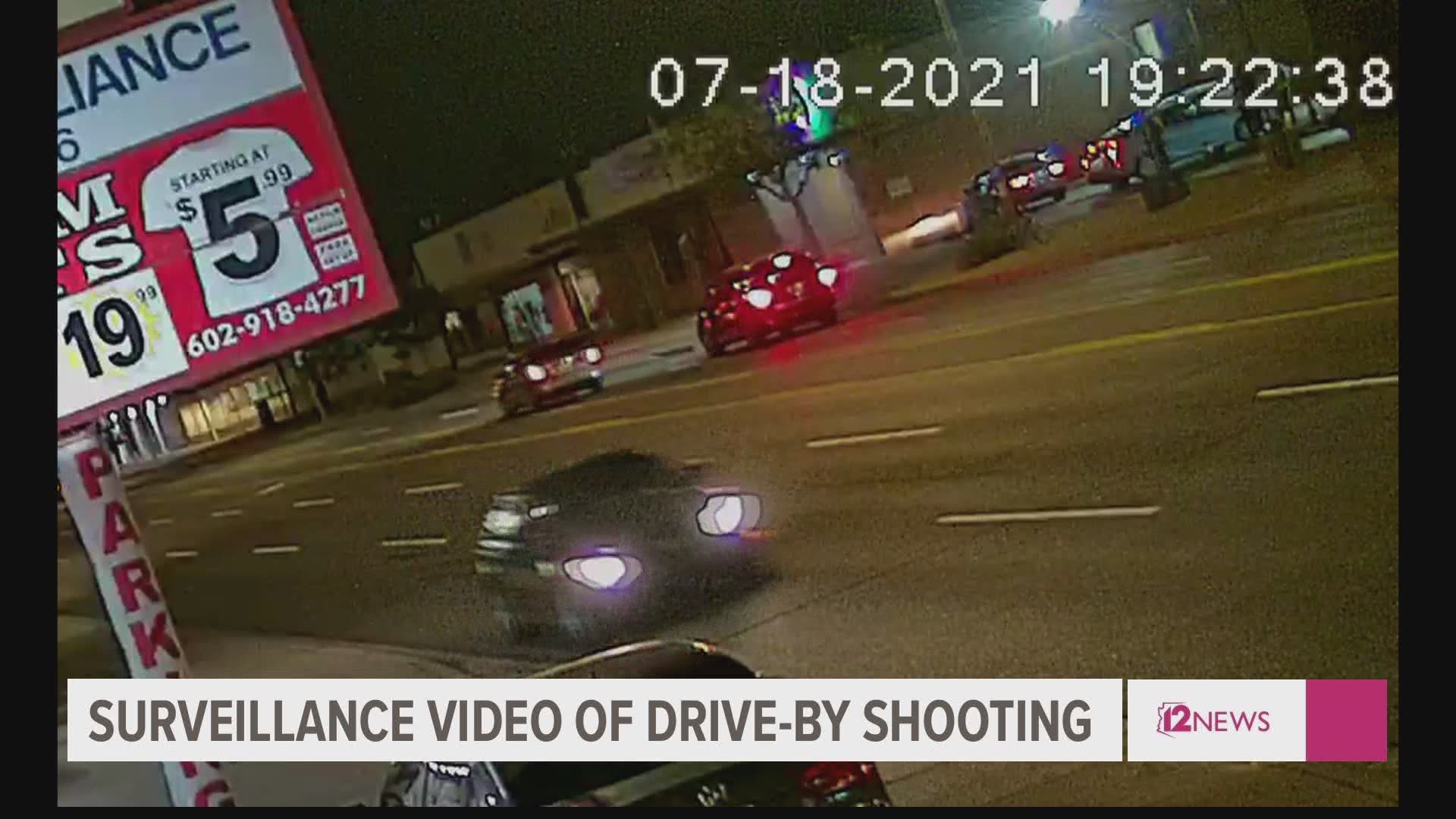 The footage shows a black car driving down the road.

McClain died after being shot during a drive-by shooting in Phoenix, early in the  morning July 18, officials said.

Around 3:30 a.m., Phoenix Police responded to the shooting near 17th St. and  McDowell Rd.

Investigators learned that McClain was ordering food from a food truck when shots hit her. Officials said the suspects were shooting from a vehicle and the gunfire went in the direction of McClain.

RELATED: 'I don’t want my baby to be a statistic': After seemingly senseless shooting in Phoenix, family calls for justice

“There were bullets flying they were like phew, flying straight through you, like literally feet from us,” Rafael Martinez said.

Martinez and his friends were just leaving a nearby club when the shots rang out. They rushed to try and help the fatally wounded McClain.

“You are looking at them in their eyes and they don’t know what’s going on. They’re looking in the air like and I’m telling her, 'You are going to be okay, you are going to make it.' And then she didn’t make it,” Martinez said.

Authorities took McClain to a nearby hospital where she was later pronounced dead.