Court documents say 69-year-old Hugh Brand was making plans to find, rape and kill a teenage girl, but Phoenix Police stopped him before he could do so. 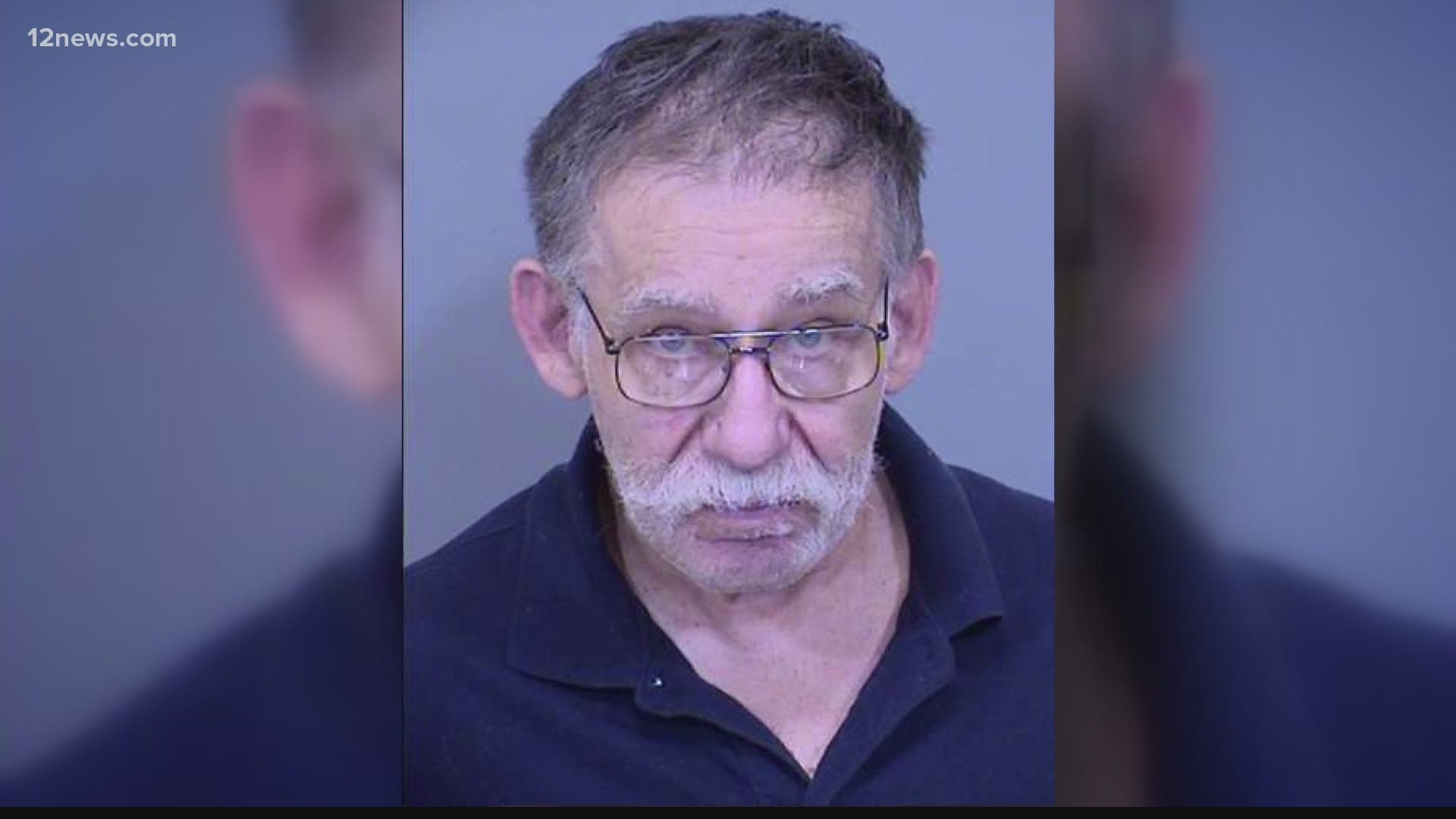 PHOENIX — An Apache Junction man is facing charges for allegedly trying to find a teenage girl to rape and kill.

But Phoenix Police said their Human Exploitation and Trafficking detectives were able to stop him before he could carry out his plot.

“Not only did this person make these statements, but this person did overt acts to show that he wanted to do this,” Sgt. Mercedes Fortune with Phoenix Police said.

Phoenix Police said they found out about Hugh Brand’s plan through a welfare check.

Court documents said they went to check on a woman, who is a known prostitute, and she shared details about Brand’s plans.

The documents go on to say the 69-year-old was making plans with the prostitute, whom he had contacted previously.

“He was hoping this person could facilitate either her taking a young girl between the age of 14 and 16 and having him come to that location to meet this young girl,” Brand said.

Documents said police conducted one-party consent calls between the prostitute and Brand. During those conversations, documents say Brand said he was going to pay the prostitute to help him find a teen girl.

The documents say Brand also had a plan to dispose of the teen’s body.

“Our undercover officers saw him stopping at a store, buying items to make sure he could tie this person up, he had a handgun,” Brand said.

Phoenix Police said they arrested Brand at a motel near I-17 and Northern Friday evening.

Brand was booked into jail, facing charges of child sex trafficking with a minor, conspiracy to commit murder and attempted sexual contact with a minor.

The judge presiding over the hearing set his bond at $2 million.

“I don’t have that kind of money, I’m not going to be going anywhere,” Brand said during the hearing.