Family still has hope son with schizophrenia can turn his life around, 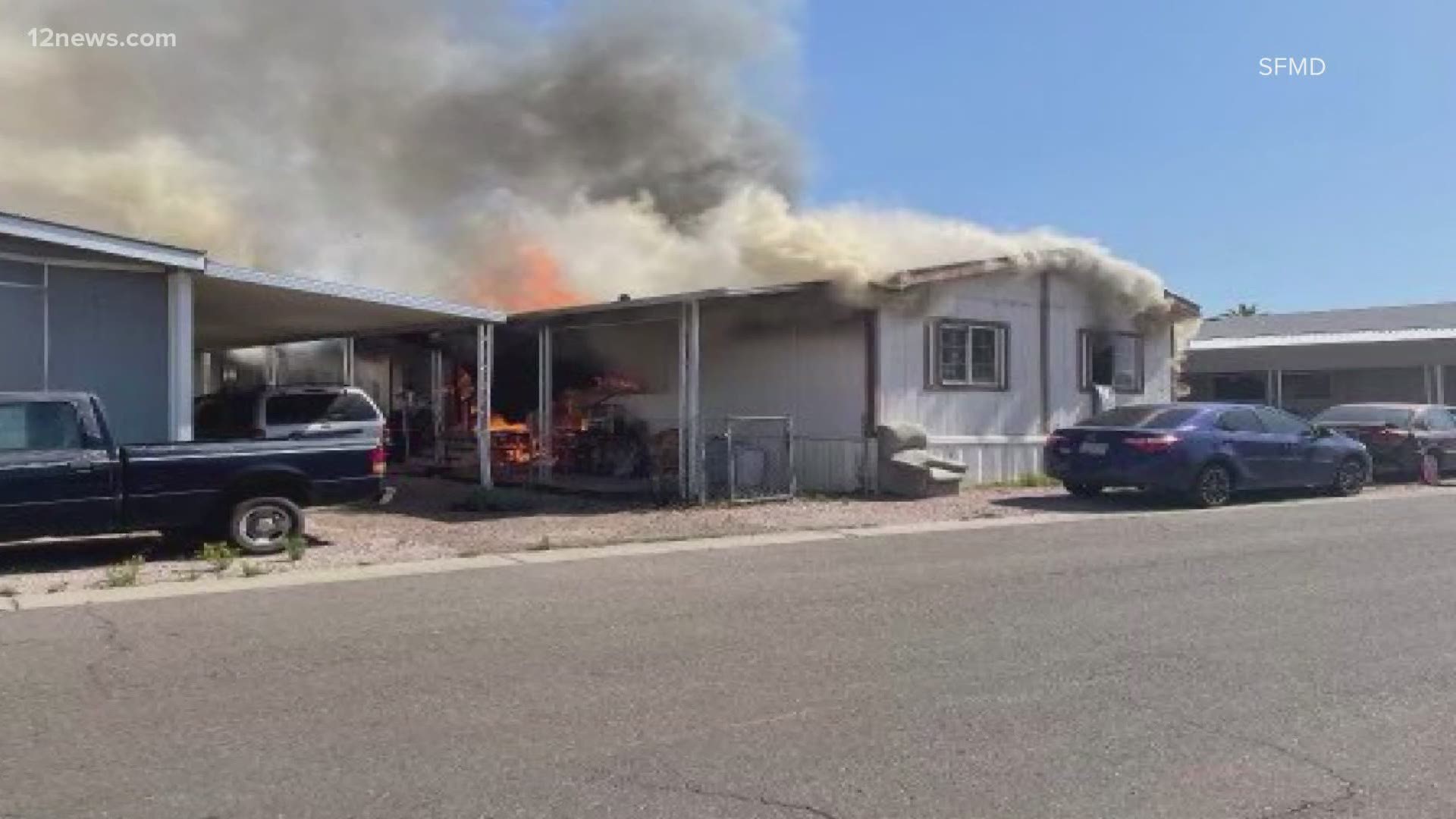 The Moore family was picking up the pieces of what’s left of their mobile home destroyed by the fire.

“I just have some minor burns on my arm. I had to break a window to get out,” said Mistie Moore.

Moore and her boyfriend were injured when the mobile home when up in flames. They had to escape through a bedroom window. Moore suffered minor burns and her boyfriend was transported with more serious burns while trying to save pets.

The fire was intentionally set ablaze by 19-year-old Honour Moore – her son.

“Came home. Knocked on the door. Was home a couple of hours and lit our house on fire with us inside of it,” said Moore.

Moore says her son is schizophrenic and had just returned home from a four-month stay at a mental health facility.

No one knows what triggered Honour’s behavior.

“Being schizophrenic there are a lot of things that go through his head that aren’t real. There might’ve been some anger or fear for things that just aren’t reality. There all in his head,” said Moore.

Honour’s brother Justice says it’s a challenge to get help for a family member with mental illness.

“We went through all the right steps to get him help through the system - because he’s legally an adult there’s a lot of roadblocks - because if he doesn’t want to do something. We can’t force him to,” said Justice Moore.

Honour is currently in Pinal County custody - being evaluated to see if he’ll go to a mental facility or to jail.

As for his family, they are hopeful he can still turn his life around.

“He’s intelligent. He’s thoughtful. He is a hard worker. After he serves his time. He’s able to get the help he needs. I think eventually he can be a productive member of society,” said Moore.