Anthony Buber has been arrested following a Silent Witness tip. He has been booked and is being charged with sexual abuse and assault. 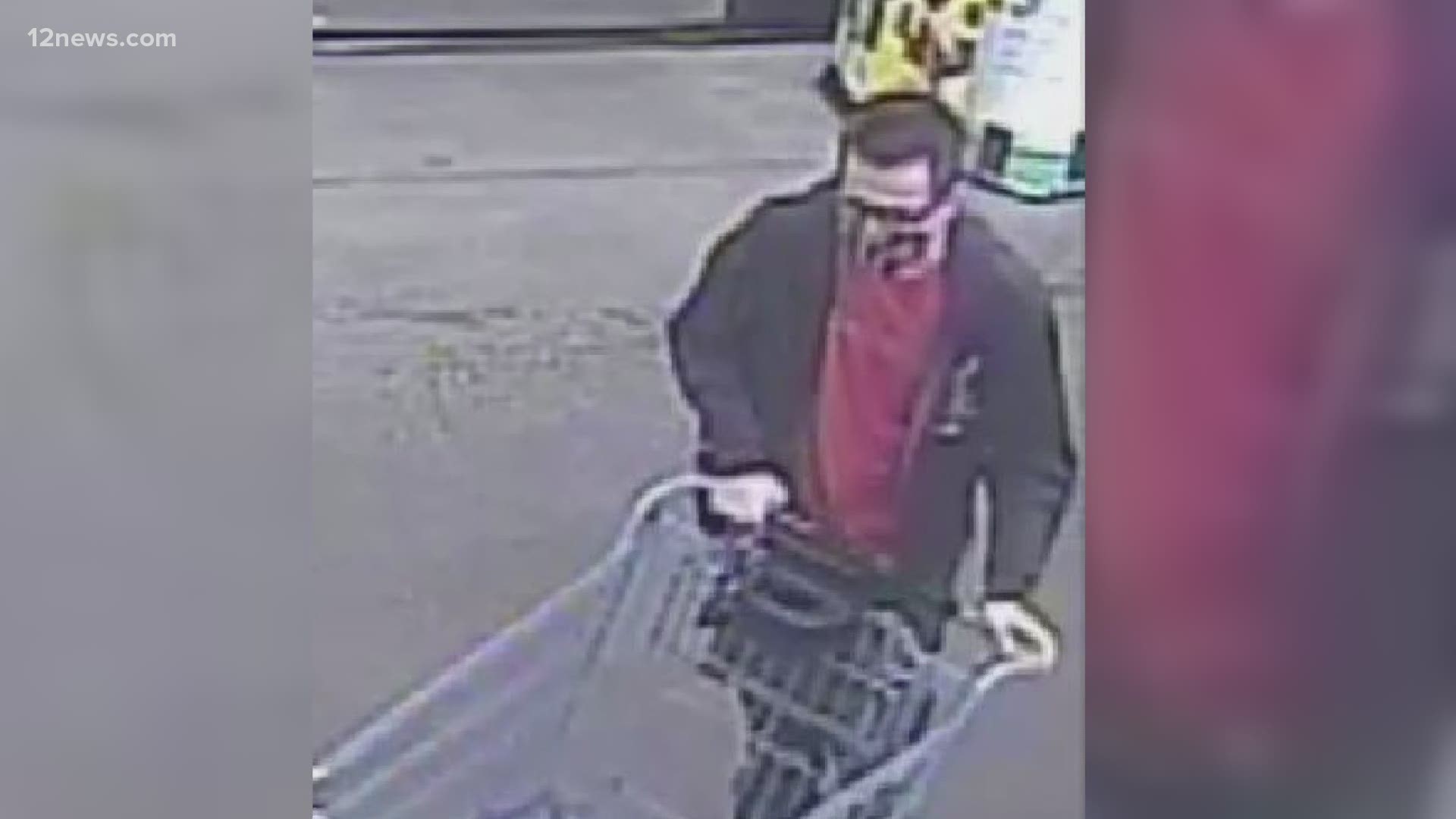 PHOENIX — Editors note: The above video is from a newscast on Feb. 23.

The Peoria Police Department has identified and arrested a man they say inappropriately touched a woman in a Fry's grocery store.

Anthony Buber has been arrested following a Silent Witness tip. He is being charged with sexual abuse and assault.

Buber was described as wearing dark pants, a red shirt, a black hooded sweatshirt with a red “A” on the front left side and “Arizona” in red lettering on the back, and black shoes with a white stripe when the incident allegedly happened.

He was also wearing eyeglasses and a black face mask. The man was seen leaving driving away in the white sedan.

Another man wanted for alleged assault at Fry's in Apache Junction

In a separate case, the Apache Junction Police Department is asking the public to help identify the man suspected in an incident that occurred in the parking lot of Fry’s on Idaho Road and Old West Highway in Apache Junction.

On Feb. 18, he followed a woman out to her car where he forcibly groped her and then fled on foot to a vehicle parked nearby. The man was seen fleeing the parking lot in a dark-colored SUV or crossover.

If you recognize this individual and you are able to help identify him, please contact the Apache Junction Police Department at (480) 982-8260. If you would like to remain anonymous, please contact (480) 474 8585.

In a statement to 12 News, a Fry's spokesperson said,

"We do not comment on an active investigation. Please know the safety and well-being of our associates and customers is always a top priority to Fry's."

TURN ME IN TUESDAY
Help us ID this guy! He inappropriately touched a female at Fry’s at 7455 W Cactus Rd on Feb 7.
If you have info call 623-773-7045 or @SilentwitnessAZ at 480-WITNESShttps://t.co/1tDhOWSfYo#PeoriaPDAZ #peoriaaz #peoriapoliceaz #SilentWitness #turnmeintuesday pic.twitter.com/CxeuZVmC6H