AJPD Chief Thomas Kelly says Officer Brian Brugman is the first Apache Junction officer shot in the line of duty since the 1990s. 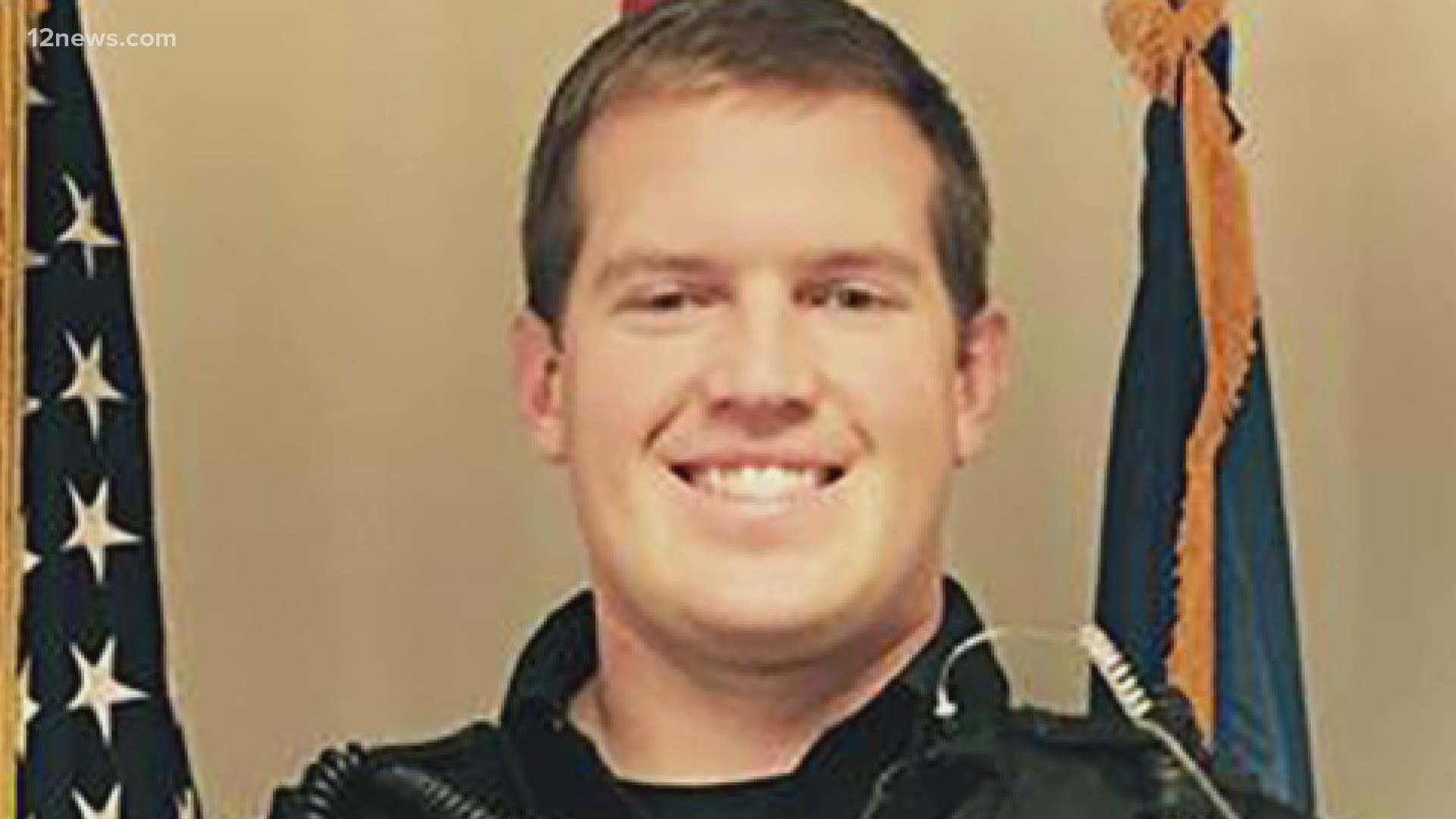 APACHE COUNTY, Ariz. — An Apache Junction officer shot in the line of duty after a shootout with suspects is still in the hospital.

Officer Brian Brugman is expected to be okay, although Apache Junction Police Chief Thomas Kelly says it will likely be a long road to recovery.

Kelly says Brugman was shot in the neck and is expected to have more surgeries ahead. Brugman is a 4-year veteran with AJPD, who recently got a promotion to motorcycle officer.

Kelly summed up Tuesday's scene in one word: Devastating.

"He’s referred to here as the gentle giant," Kelly says of Officer Brugman.  "Everybody is doing better than expected but he’s still in critical condition."

The chaos unfolded Tuesday afternoon when police spotted a suspected stolen vehicle, the second time they tried to stop it this week.

Surveillance footage from across the street shows the moments several officers rush in to swarm the truck.

When officers approached, police say the truck tried to run them over then crashed into the smoke shop. At that point, officers opened fire and police say one suspect fired back.

"My heart sank," says Layton City Officer M. Harris in Utah. "The first thing I thought - the location of his injury. I just don’t understand how he’s doing okay."

Harris says she attended the Southern Arizona Law Enforcement Training Center with Brugman and was instantly worried for her friend when she heard what happened.

"It really broke my heart to hear that it was Brian," she said over Zoom.

One of the suspects was also injured and taken to the hospital. The other suspect was taken into custody and has since been released.

DPS took over the officer-involved shooting investigation and the names of the alleged shooter haven't been released at this time. Apache Junction police say at least one has a prior record.

Kelly says Brugman is the first Apache Junction officer shot in the line of duty since the 1990s.

Kelly adds that Brugman has been responsive to his family in the hospital and says Brugman is following in his father's footsteps.  Kelly says his father was an officer for Chandler Police and served as a chief in Gilbert and Safford.

Harris is working with Brugman's family to raise funds to help him as he heals.  If you want to donate or are a business that would want to contribute to a raffle, she says you can reach her at mjharri6@asu.edu.