The Scouting Combine is over. What's the chatter? What'd Kliff Kingsbury and Steve Keim have to say in Indy and where does it look like the Cards are leaning? 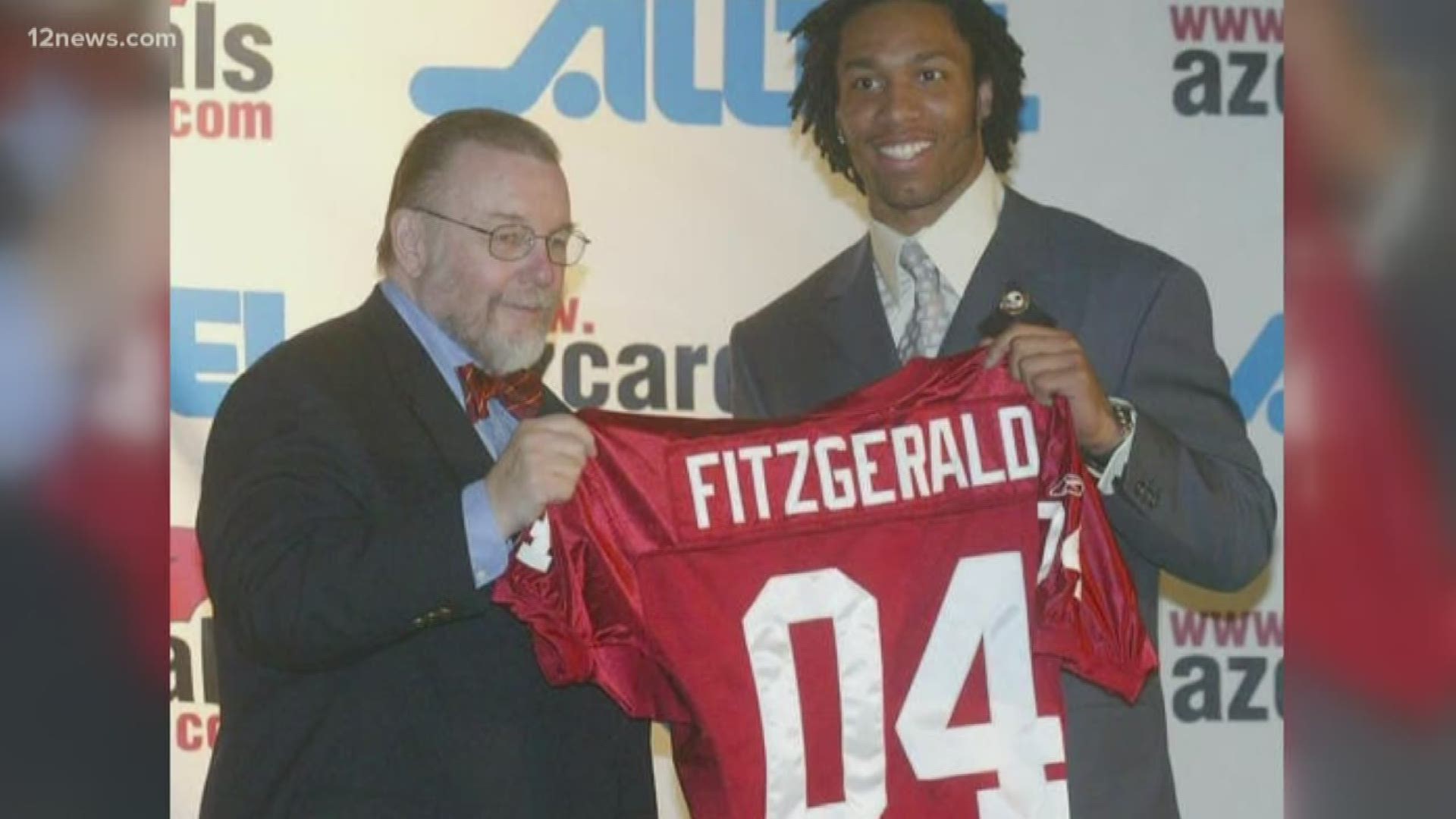 GLENDALE, Ariz. — With the NFL Scouting Combine officially over and 50 days to go until the highly anticipated 2020 NFL Draft, it's time for teams to get serious on their plans.

Much of the conversation for the Arizona Cardinals at the combine was about the wide receiver position, specifically former Oklahoma Sooner CeeDee Lamb, who had 65 catches and 11 touchdowns when Kyler Murray was his quarterback in 2018.

"I’ve been getting a few texts," Kliff Kingsbury said on Cardinals Cover 2. "[Kyler's] draft analysis, he would take CeeDee Lamb number one, there’s no question. But you like that, he’s invested, he wants us to build this thing and he’s trying to support his boy at the same time."

"Love all three of those guys," Kingsbury said at the combine. "All have different skill sets but all super productive."

The decision to take a wide receiver at No. 8 isn't an easy one for several reasons, the obvious one being that there are other needs, especially at offensive line and on the defensive side of the ball.

While the Cardinals extended left tackle D.J. Humphries, they're still expected to select an offensive tackle in the draft the play the right side.

The Cardinals may have a chance to take one of the top offensive linemen in the draft at No. 8 in Mekhi Becton (Louisville), Jedrick Wills (Alabama) or Tristan Wirfs (Iowa).

Another reason a receiver choice at No.8 is tough is that this is one of the deepest receiver drafts in recent memory. Some are calling it historic. There may be a plethora of options in the second, third and even fourth rounds still for Arizona.

Let's also not forget the Cardinals drafted not one, not two, but three wide receivers in last year's draft after selecting Murray No. 1 overall.

"I think when you look at the players that are out there, if you find one that you think is a game-changer, then that’s where you gotta go because we feel there are some really talented ones that could come in and have an immediate impact and give us some real juice on the outside," Kingsbury said on Cardinals Cover 2.

Last year, the Cards drafted Andy Isabella, Hakeem Butler and Keesean Johnson. The trio was, generally, underwhelming. Butler missed the entire season with an injury. Isabella and Johnson caught just 30 passes between them.

Kingsbury says he expects a lot of growth out of them.

"Those guys had their moments, no doubt, but they also had their rookie moments," Kingsbury said at the combine. "But having a full offseason in our offense with the quarterback I think is going to do wonders for all three of those guys and we expect them to have a much bigger impact."

If they expect all three to make leaps this offseason, then that's five receivers along with Fitzgerald and Kirk, plus the team could still bring back Damiere Byrd and or Pharoh Cooper, their fourth and fifth-leading receivers last year.

If the Cardinals go for a receiver at No. 8 it'll be Lamb, Jeudy or Ruggs. Ruggs would be a stretch there, but he did have the more impressive combine.

If nothing more changes, the obvious choice for the Cardinals would presumably be Lamb. An aggressive playmaker on the ball who has drawn comparisons to Texans star DeAndre Hopkins.

Plus, the starting quarterback is texting the coach politicking for Lamb. It can't not be helping. *shrug emoji*

For what it's worth, Murray's leading receiver at Oklahoma in 2018, Marquise Brown, was a first-round pick and did wonders in his rookie year for the Baltimore Ravens offense and NFL MVP Lamar Jackson.

There's another way the Cardinals could end up waiting on both receiver and offensive line. If three quarterbacks (Joe Burrow, Tua Tagovailoa and Justin Herbert) all go in the top seven picks, it could leave a defensive playmaker on the board at eight the Cards just can't pass up.

This includes linebacker/safety Isaiah Simmons out of Clemson and defensive tackle Derrick Brown out of Auburn. With Kingsbury at head coach, I'd be surprised if Arizona went defense at No. 8, but the team was last in the NFL in total defense last year with the worst defensive success rate and the most yards per game allowed.

There's a lot of time left before April 23. Some things will change, some players will rise and fall. But it's not hard to imagine offensive guru Kliff Kingsbury licking his chops when he saw Lamb, Jeudy and Ruggs, imagining what his 2020 offense might look like.