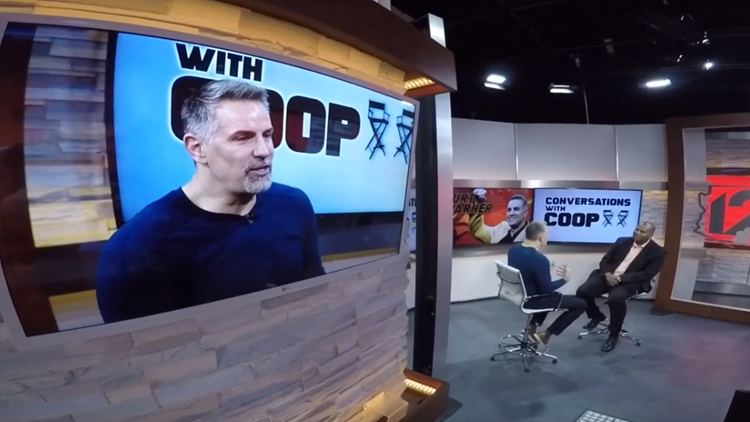 PHOENIX — Editor's note: Catch Kurt and Coop sitting down on 12 News at 10 p.m. this Saturday night.

As Coop gets closer to his retirement this year, he's continuing to meet up with some of the athletes and coaches that have meant the most to him during his tenure with 12 Sports.

In this Conversations with Coop episode, airing Feb. 15th at 10 p.m. on 12 News, Coop and Kurt Warner tackle a number of subjects and share some laughs.

"I'll be honest here, when you left the Giants to come to the Cardinals, I thought it was just to be a mentor to Matt Leinart." Coop started it off by asking Kurt how he knew his career wasn't yet over at that point.

The two reflected Warner's journey to becoming the starting quarterback for the Cardinals and where it led the team.

Warner spoke about his relationship with other key Cardinals including Larry Fitzgerald and Anquan Boldin.

"An old quarterback that couldn't make it, an organization that was never gonna make it and all of us together were a part of something that was truly, truly special," Warner said about the Cardinals run to the Super Bowl in 2009.

Cooper and Warner go on to talk about Warner's work with high school athletes, the best memories from Coop's career and his favorite athletes and more.