Rachel Henry has been indicted on three counts of first-degree murder. She keeps calling the children's great-aunt. 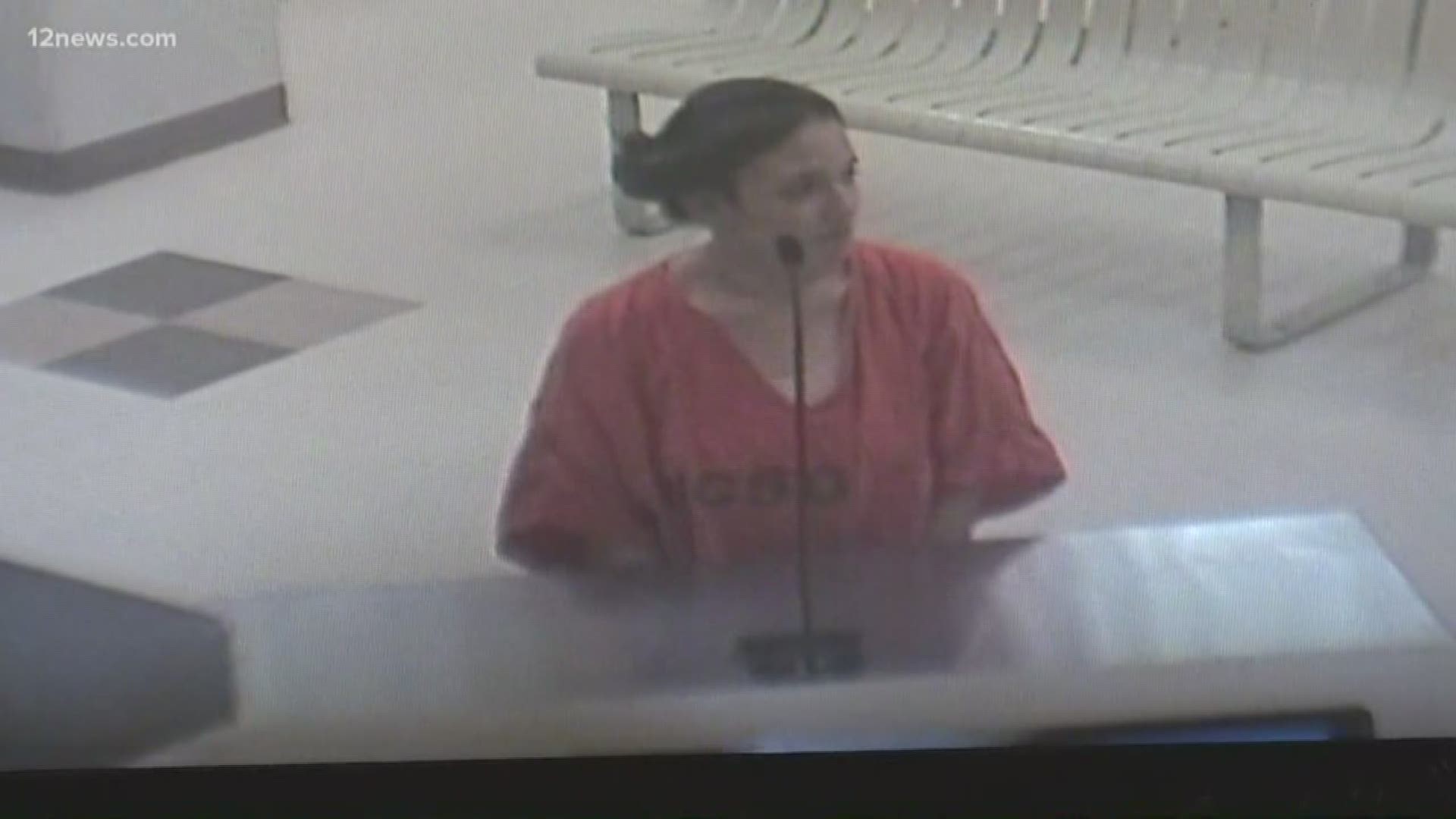 PHOENIX — Editor's note: This story contains details about the murder from court documents that are disturbing.

"You have a call from: 'Rachel Henry' an inmate at the Estrella Jail."

That was part of the voice mail left for Pearl Rebolledo, the great-aunt of the three children who were killed allegedly by their mother Rachel Henry, last Monday.

Rachel was indicted on three counts of first-degree murder in the death of her children.

Rachel Henry, 22, is accused of smothering 3-year-old Zane Henry, 1-year-old Miraya Henry and 7-month-old Catalaya Rios while they were at a relative's house in Phoenix.

Rebolledo said Henry was addicted to methamphetamine and was acting strangely in the days before the alleged murder.

The family, has since left for Oklahoma, where they will hold a funeral for the three children.

Rebolledo said while trying to plan out the funeral yesterday she started receiving phone calls from the Maricopa County Estrella Jail -- calls from Rachel Henry who, according to police, confessed to smothering her three children.

"What does she want from me?" Rebolledo said "I just sit there until the call went dead.”

Rebolledo said despite the calls, she has yet to talk to Rachel.

However, Pearl Rebolledo said she will likely not ask those questions and said while she goes back and forth on how she feels, she thinks it would be better to never talk to Rachel Henry again "for my own sanity"

Police said Henry admitted she smothered each of her three children, singing to two of her kids while she killed them.

Henry moved to the Phoenix area in June. She had previously lived in Oklahoma, where she had several contacts with local police.

Police reports from Oklahoma show she fought with the father of the children, Pedro Rios, on multiple occasions. These incidents prompted police to check on the children.

Prosecutors said Henry's children were taken from her before. However, the Oklahoma Department of Human Services refused to release any details about any prior contacts with the family, citing state privacy laws.

According to court documents, Henry allegedly began smothering each child, starting with the 1-year-old girl, when the aunt went to pick the children's father up from work around 2 p.m. last Monday.

Henry was allegedly wrestling on top of the 1-year-old when she felt the girl's breathing become obstructed, but "continued to impede her breath by placing her hand over the 1-year-old female's mouth," court documents detailed.

While Henry was allegedly doing this, the 1-year-old girl was kicking and the 3-year-old boy yelled "No" at her in an effort to get her to stop. The boy then began punching Henry, but to no avail.

Henry also allegedly sang to the boy as he attempted to escape.

According to the document, Henry then placed all of the children on the living room couch as if they were taking a nap. She did not tell either the aunt nor the father what happened.

A memorial of candles, pictures, toys and balloons was made outside the South Phoenix home.

“It was beautiful,” Rebolledo said.

The family has set up a Gofundme page to help with costs to lay the children to rest.