Court documents showed that the oldest of the three kids allegedly fought back as Rachel Henry smothered the children to death on Monday. 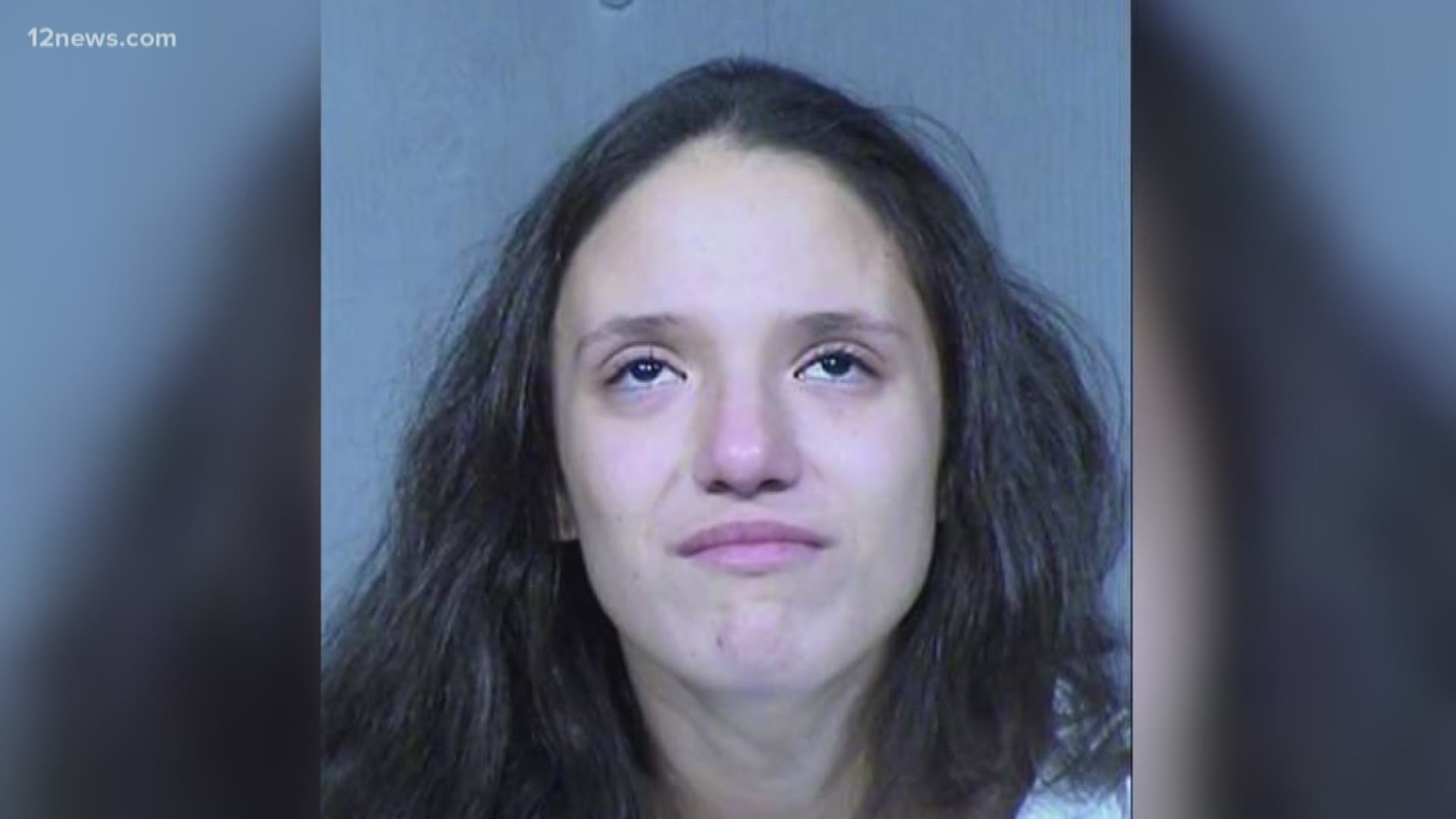 The mother of the three children who were found dead in their home on Monday was arrested after she allegedly admitted to killing them.

Rachel Henry, 22, was booked on three counts of first-degree murder.

Court documents revealed that she allegedly smothered the three children to death.

Henry had lost custody of 3 kids before

In her initial court appearance, a prosecutor said Henry had a drug addiction and her children had been taken from her custody before.

Henry had recently moved to Arizona from Oklahoma.

The Oklahoma Department of Human Services told 12 News it is working with authorities in Arizona, but refused to release any details about any prior contacts with Henry or her children, citing state privacy laws.

Henry's bond was set at $3 million during her initial court appearance.

According to court documents, Henry allegedly began smothering each child, starting with the 1-year-old girl, when the aunt went to pick the children's father up from work around 2 p.m. Monday.

Henry was allegedly wrestling on top of the 1-year-old when she felt the girl's breathing become obstructed, but "continued to impede her breath by placing her hand over the 1-year-old female's mouth," court documents detailed.

RELATED: 'They were babies, they were innocent': Aunt of 3 kids allegedly killed by mom in Phoenix home speaks out

While Henry was allegedly doing this, the 1-year-old girl was kicking and the 3-year-old boy yelled "No" at her in an effort to get her to stop. The boy then began punching Henry, but to no avail.

Henry also allegedly sang to the boy has he attempted to escape.

According to the document, Henry then placed all of the children on the living room couch as if they were taking a nap. She did not tell either the aunt nor the father what happened.

There was no motive offered for the alleged murders, but court paperwork said Henry had a methamphetamine addiction and had been "acting strange the past several days."

Police initially saw no signs of trauma among kids

Firefighters responded to what was initially a drowning call and attempted lifesaving efforts, but all of the children were pronounced dead at the scene.

The bodies of Zane Henry, Miraya and Catalaya were found near the entrance, in the living room of the home near 24th Street and Southern Avenue.

Initially, police said that there were no obvious signs of trauma among the children, but Henry and the father of the kids were taken to Phoenix Police headquarters to find out how the children died.

The aunt told officers the children were sick earlier Monday night, according to police.

The fire crews that responded to the scene were sent home for the rest of the night because of the traumatic nature of the situation.

Phoenix Police Chief Jeri Williams said the department has a dedicated unit for providing support to officers, dispatchers and other employees after cases like this, especially involving children.

"There are things we want to unsee and we can't, but at the end of the day, it is about bringing justice to those three children," Williams said.

"Thirty years ago, you would see something like this and you would get told to go on to the next call. We're starting to realize that the trauma and the things that we see on a regular basis really weighs heavily on our employees, and it's my responsibility to make sure my employees get that," she added.

What's next for Rachel Henry?

Attorney Hector Diaz told 12 News that "what's next" in this case may be tough since Phoenix police say Henry confessed to doing it.

"It makes it difficult because now you've got somebody in their own words, is confessing and admitting, 'Here's what I did,'” Diaz said.

But Diaz said Henry’s confession to cops doesn't make this a cut-and-dry case.

Diaz said prosecutors will likely focus on Henry's history of drug abuse and mistreating her children.

“One of the issues that the defense attorney will run into is: Can this person assist in their own defense or are they laboring under a mental issue?” he said.

In Arizona, legal counsel can request a mental health hearing in hopes of determining why something like this could happen.

”It really takes time in terms of looking at her mental health and looking at her history, and so it's a possibility. But does that mean she goes scott-free? No, she still is going to be held accountable, but it's different under those rules, those guilty-but-insane statutes," Diaz said.

Diaz said that if she is in fact confessing to killing her young kids, then the next step is for prosecutors to figure out why.

”Why did it happen? And part of that is to allow the county to make a determination on whether or not they'll seek the death penalty,” he said.

The family has set up a GoFundMe page to help with costs to lay the children to rest.

Stay with 12News.com for updates on this story.

• Years after being mauled by a pit bull, Gilbert boy still dealing with the trauma