The two adults, a mother and a father, and their three children were in the other vehicle. 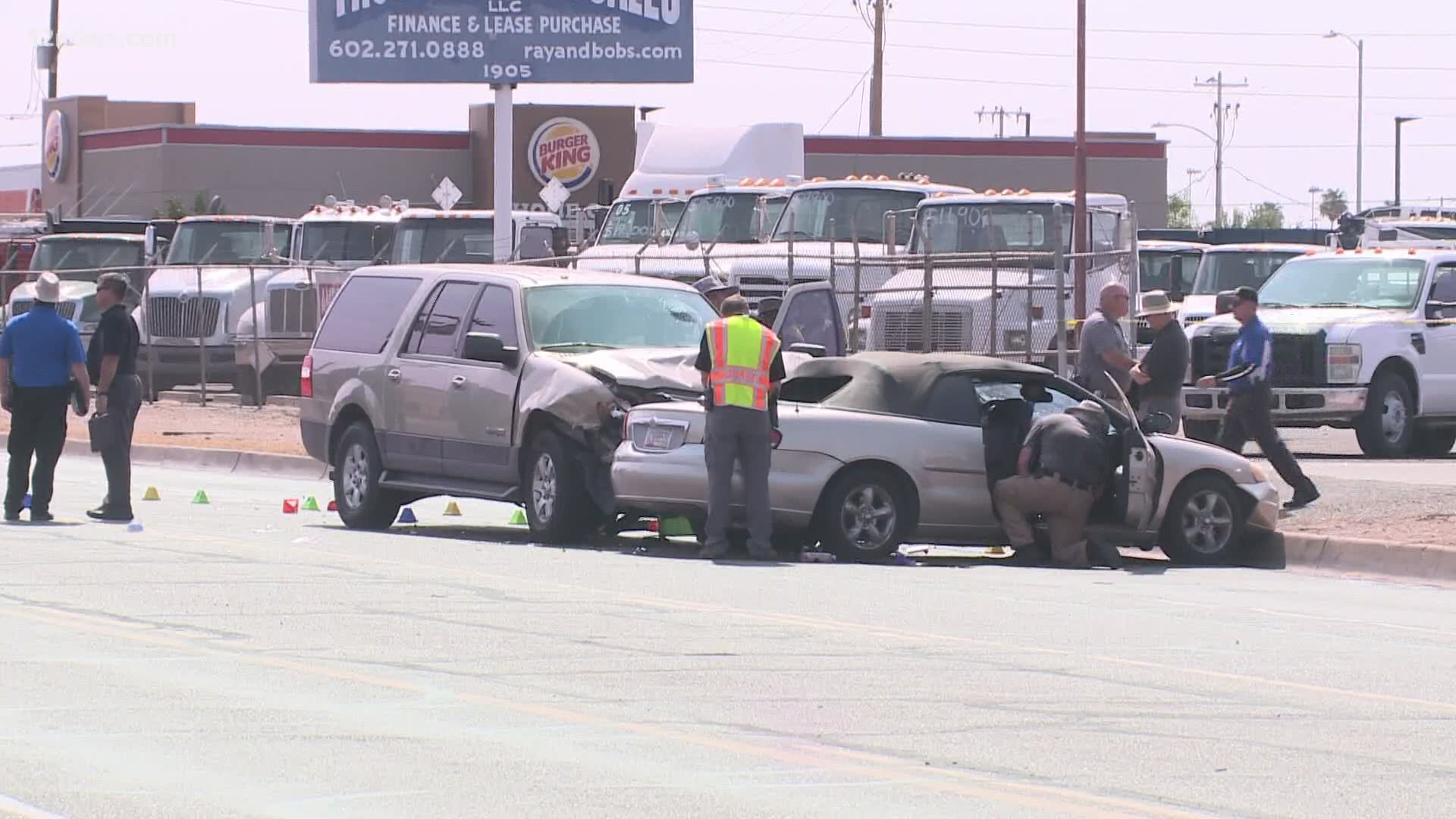 The unidentified officer was assigned to a neighborhood enforcement team precinct when the crash occurred just west of 19th Avenue and Buckeye Road around 8 a.m.

The two adults, a mother and a father, and their three children were in the other vehicle. They were all taken to a local hospital for treatment.

The 3-year-old is in critical condition, the 4-year-old has life-threatening injuries and the 6-year-old is recovering. The mother was not seriously injured but the father suffered a broken hip, according to the family.

The children and father were still in the hospital as of Tuesday, but the officer was home recovering.

Police say the car and the officer were both traveling west when the car tried to make a U-turn from the right-hand lane, and that's when investigators say the officer t-boned the car and both vehicles ended up in the eastbound lanes.

Officers reported that no car seats were in the vehicle and the children had no restraints.

The cause of the crash was also not immediately known.

Police are currently investigating the crash, which happened near 20th Avenue and Buckeye Road.

All lanes of Buckeye Road between 19th and 20th Avenues were closed to traffic due to the investigation.