The accident happened in Kansas. The family said she was on assignment as a traveling nursing assistant. 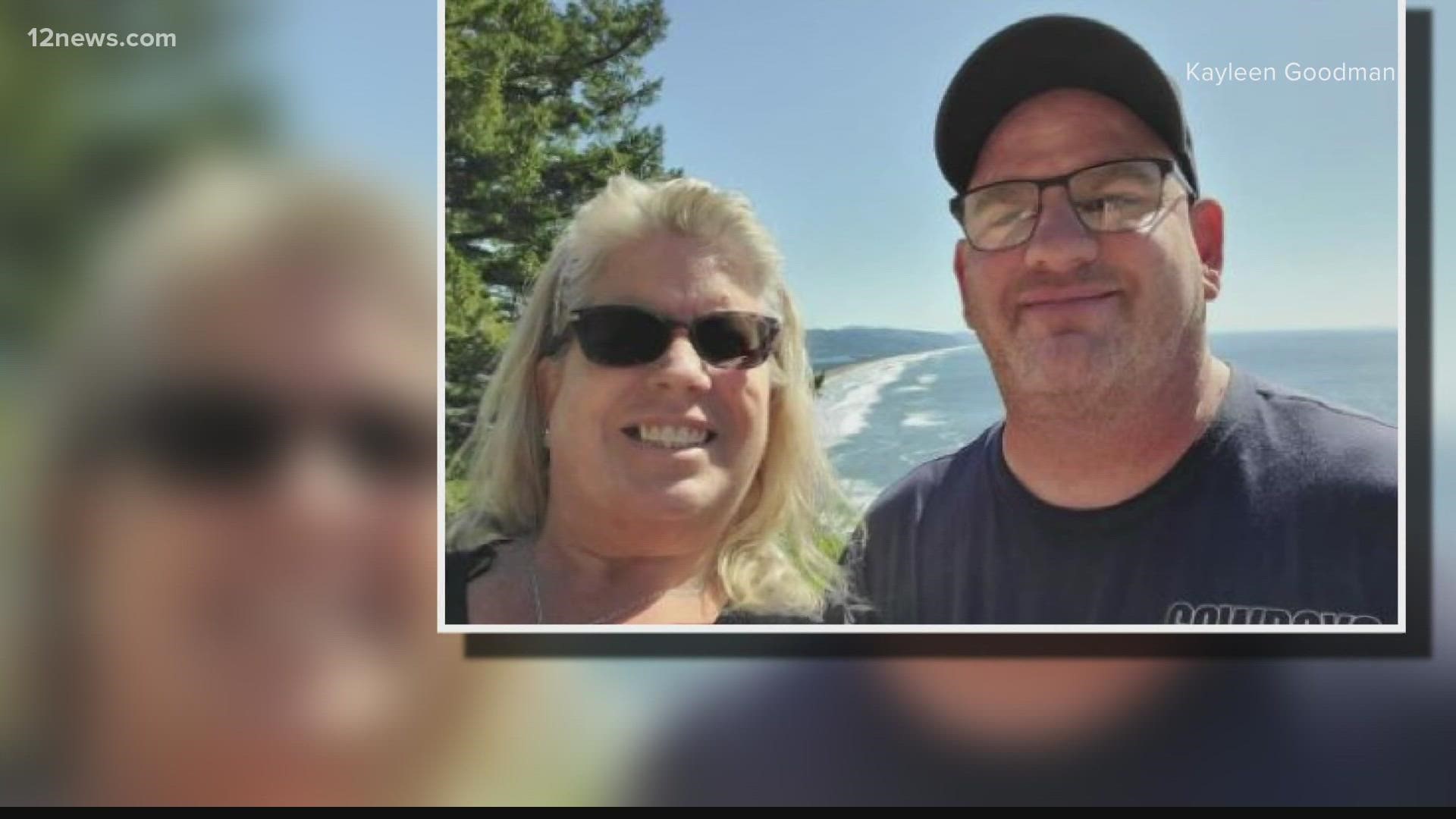 PEORIA, Ariz. — A bizarre accident left a Peoria grandmother of 15 and her fiancé dead while they were on a road trip out of state.

Officials in Kansas said the couple swerved their car to avoid hitting a cow crossing the road and then crashed.

But in Kansas, Carrasco and her 45-year-old fiancé, Raymond Kennedy of Glendale, got in the accident because a cow was in the middle of US-40.

"It's hard to believe like it's such a freak accident, it's just surreal," the victim's daughter Kayleen Goodman said. "It could've happened to anyone."

A Peoria grandmother of 15 and her fiancé from Glendale both lost their lives in a bizarre car crash, involving a cow. "It was a freak accident, it's surreal," her daughter Kayleen Goodman told me. @12News pic.twitter.com/G1oi5XJ7zq

Logan County officials said their Jeep rolled over around 3:30 a.m. Monday, and they were both pronounced dead on the scene.

"She was an amazing person and she always thought about everyone else over herself and her kids and her grandkids were her life," Goodman explained.

Goodman said Carrasco's 15 grandkids also thought of Kennedy as their grandfather. After all, the two were set to be married soon.

"They actually had plans to get married in December at my house," Goodman said. "The kids are having a hard time, they loved 'Ray' too just like a grandpa. They lost two instead of one so it's been difficult."

The family set up a GoFundMe to cover some unexpected expenses after their unexpected loss.

"She loved butterflies so now when we see a butterfly we’ll think of her."