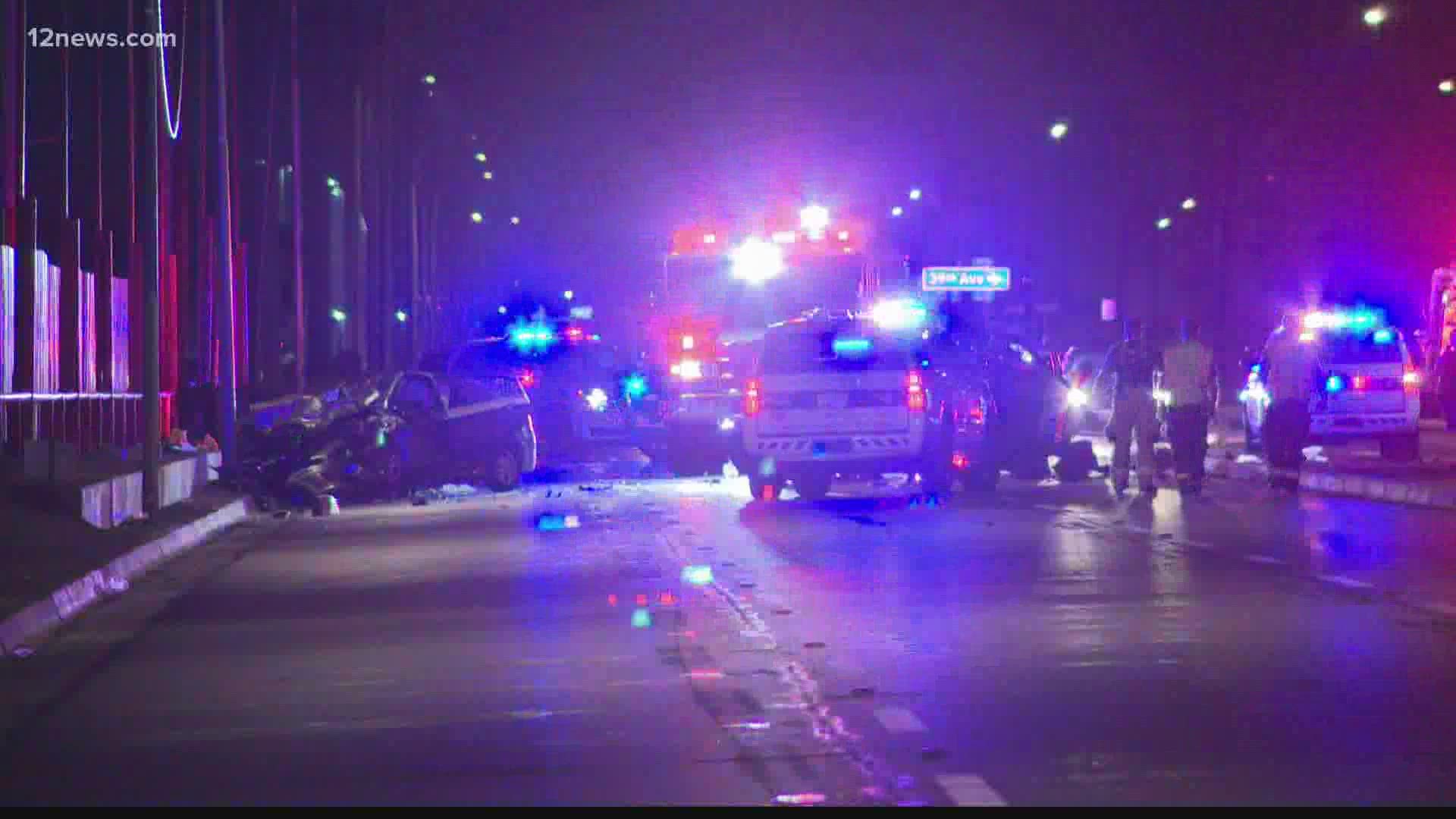 PHOENIX — Six people, including three children, have been injured and two people have died after a multi-vehicle collision near the area of North 37th Avenue & Grand Avenue, the Phoenix Fire Department said.

Firefighters were called to the scene just after midnight Monday morning, the department said. They pronounced a man and woman dead at the scene and took account of the six other injured people.

Detectives said an initial two-car collision with no injuries started the multi-crash.

A man, who showed "symptoms of impairment", was driving with two passengers when he tried to swerve away from the initial collision and ended up hitting the back of another vehicle with a woman and three children inside.

The impact caused the vehicle that was hit from the back to drive into oncoming traffic, which in turn caused a third vehicle with a man and woman inside to hit them.

The Phoenix Police Department has taken over the investigation, firefighters said. Police have not yet released the cause of the crash nor the identity of the victims involved.