DPS said a crash between a truck and two other cars happened around 1:21 p.m. along the highway at milepost 82. 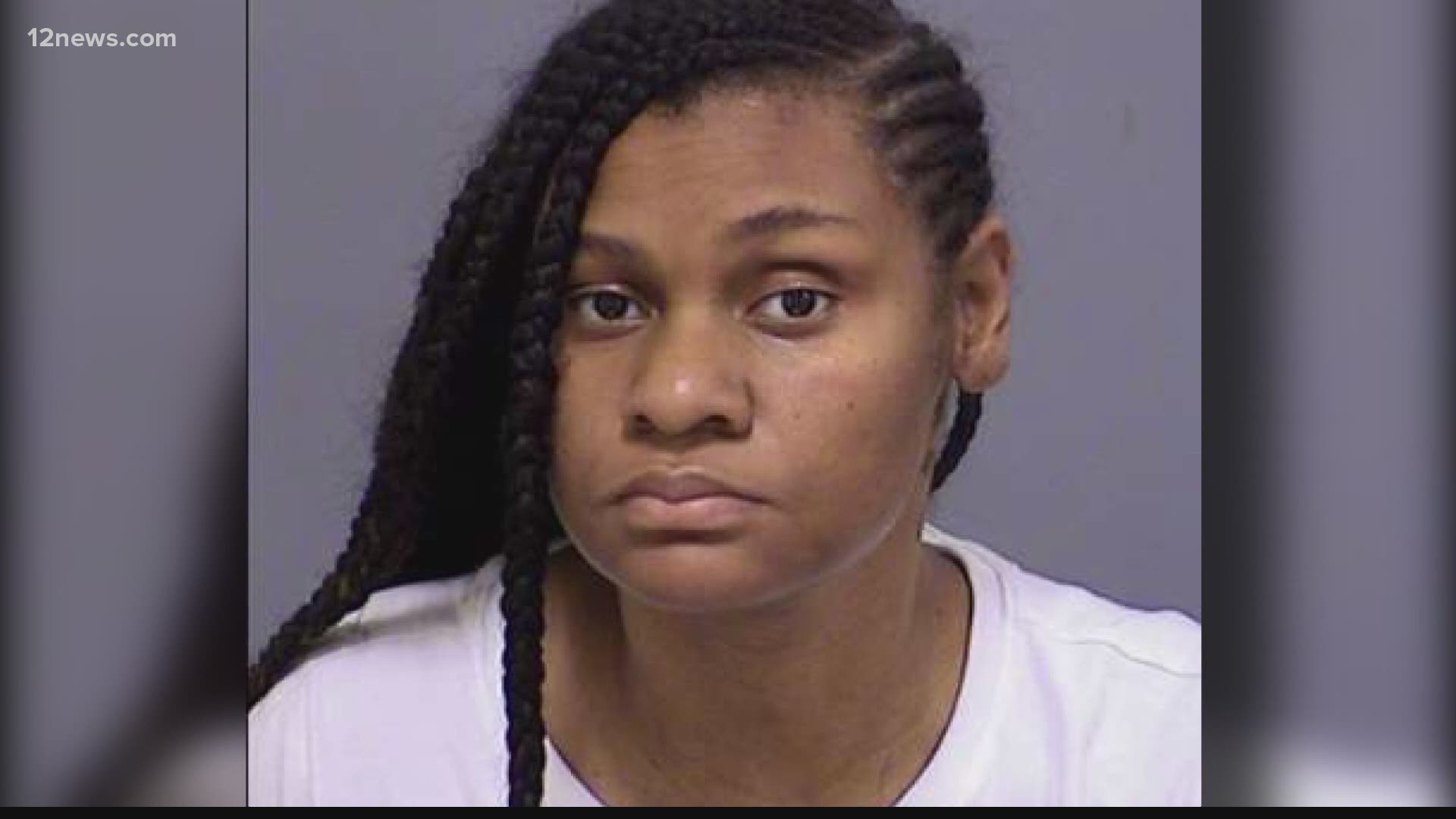 BUCKEYE, Arizona — The Arizona Department of Public Safety has arrested one woman in connection with the Tonopah crash that killed six people and injured five others, including the suspect, on July 2.

The major crash along I-10 involving a semi-truck was the result of the two passenger car drivers making an illegal U-turn, according to officials.

Witnesses told troopers that the semitrailer struck a car which then erupted in flames and careened into another.

Troopers said that the truck rear-ended a Nissan Altima with such force that it split in half. Natisha Moffett, 35, Jo'syia Moffett, 17, Giovanni Thomas-Blakney, 16, Santari Witherspoon, 16, Malik Thomas-Blakney Jr., 8, and Makayla Thomas-Blakney, 5, were the occupants of the sedan and all died in the crash.

After impacting the Nissan, troopers said the tractor-trailer crashed into a white SUV that was carrying a woman and four children. All of them were rushed to various hospitals with serious injuries.

The truck driver was not hurt.

On Thursday, deputies arrested the driver of the white SUV, 35-year-old Iyona Holton, after she was released from the hospital for injuries sustained in the crash, officials said.

Investigators determined that the Holton and Moffett were initially traveling westbound before pulling off into the dirt median.

Court documents say Holton had a flat tire and was looking to turn around to pull to a "safer spot". Both proceeded to make a U-turn into the eastbound lanes despite signs advising against it, officials said.

While at the hospital, a white substance inside a bag was found in Holton's purse with a straw that documents said had residue inside.

DPS said in court documents that a trooper conducted an impaired driving investigation on Holton, where she admitted to using drugs, including cocaine, the day of the crash.

Holton has been booked into the Maricopa County Jail on charges including four counts of aggravated assault, one count of dangerous drug possession and one count of possession of drug paraphernalia. She's currently being held on a $10,000 bond.

DPS told 12 News at last check Holton's children were still recovering from their injuries in the hospital.

The investigation into the incident is ongoing.