'It's such a great pain': 3-year-old who drowned in Phoenix canal had autism, family says

The grandmother of 3-year-old Anthony King Tolano told 12 News they do not know how he got out of the enclosed backyard. 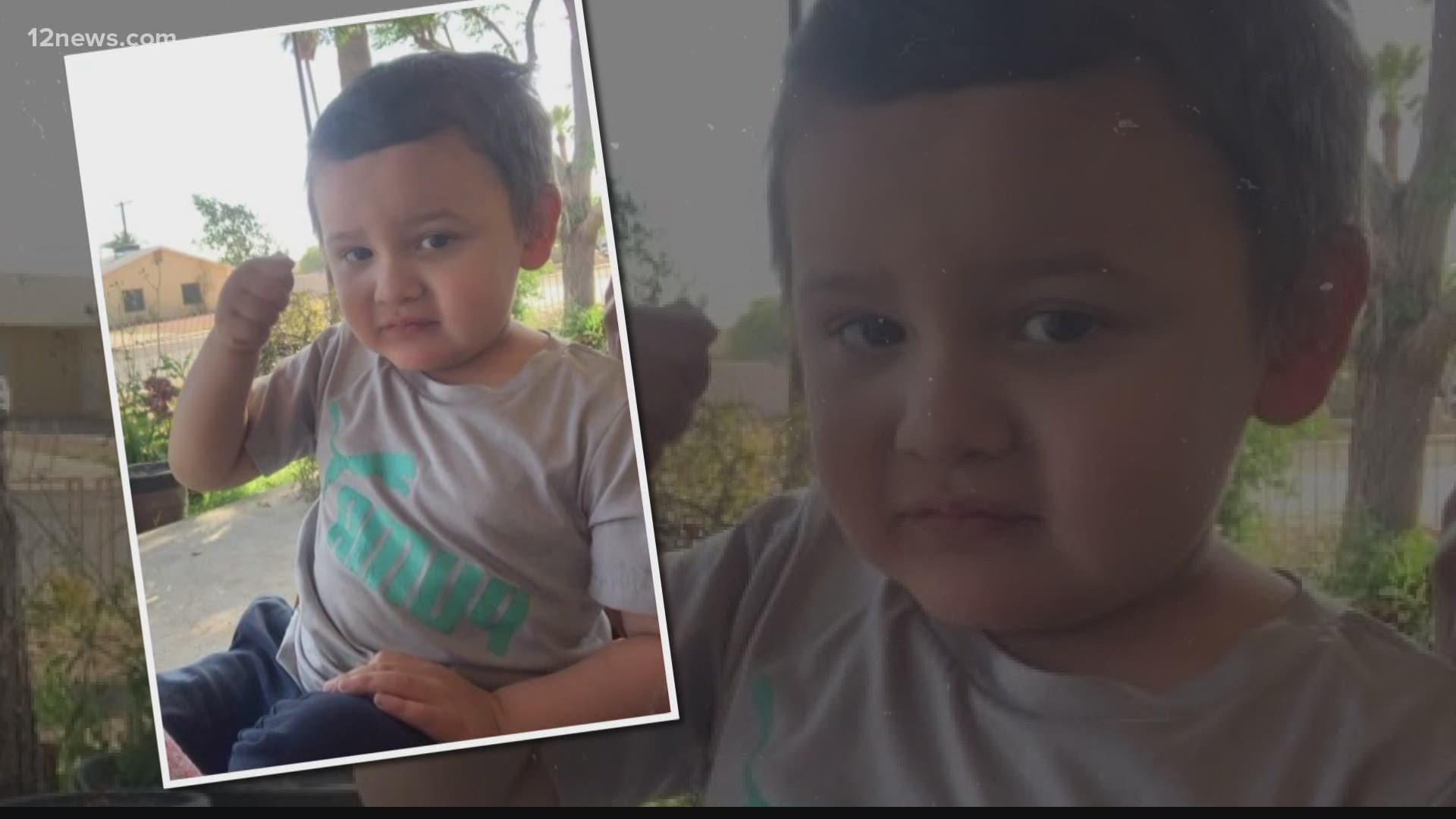 PHOENIX — The family of a 3-year-boy who died after being pulled from a Phoenix canal on Sunday said he had autism and doesn't know how he wandered out of their home.

Anthony King Tolano’s body was pulled out of the Grand Canal around 5:30 p.m. near 55th Avenue and Osborn Road after a passerby reported seeing a small child floating in the water, Phoenix police said.

Dora Álvarez Tolano, the child’s grandmother, said it had been about an hour since they had arrived home from spending the day shopping at the swap meet when Anthony suddenly disappeared.

The grandmother said she recalls last seeing Anthony playing with his toy cars in the backyard, which is enclosed by a cinder block wall. She said she was in the living room keeping an eye on him, and Anthony’s father, who also lives in the home, was in his room.

Álvarez Tolano said that’s when her son came out of the room and asked about little Anthony and they began looking for him.

“We looked in every room and he was nowhere to be found,” Álvarez Tolano said. “We ran that way to look for him, but my heart told me to go that other way.”

The grandmother said she got in her car and drove toward the canal, that’s when she saw firefighters pulling Anthony’s body out of the water.

Fire personnel administered CPR before the child was transported to the hospital and later died, authorities said.

“He danced, he loved to sing,” said Anthony’s grandmother as she hummed a song she said he tried to sing since he couldn’t talk just yet. “It’s such a great pain.”

Álvarez Tolano said her grandchild loved to play with water and this week, she was planning on buying him a kiddie pool so he could learn to swim, something she said could have saved his life.

On Monday, one of Anthony's aunts and a couple of his cousins left a handful of blue balloons and a Virgin Mary candle along the canal near the spot where his body was found. They were planning a vigil at 7 p.m. at the same spot near 55th Avenue and Osborn Road.

“I have all of those memories of him, I can’t get them out of there,” said Álvarez Tolano as she pointed to her head, adding “I will hold them tight in my heart.”

A GoFundMe account has been set up to help the family with funeral expenses.

RELATED: 3-year-old sent to hospital after near-drowning in Tempe