The 12 News I-Team obtained more than a dozen jailhouse phone calls made by Machelle Hobson shortly after her arrest. 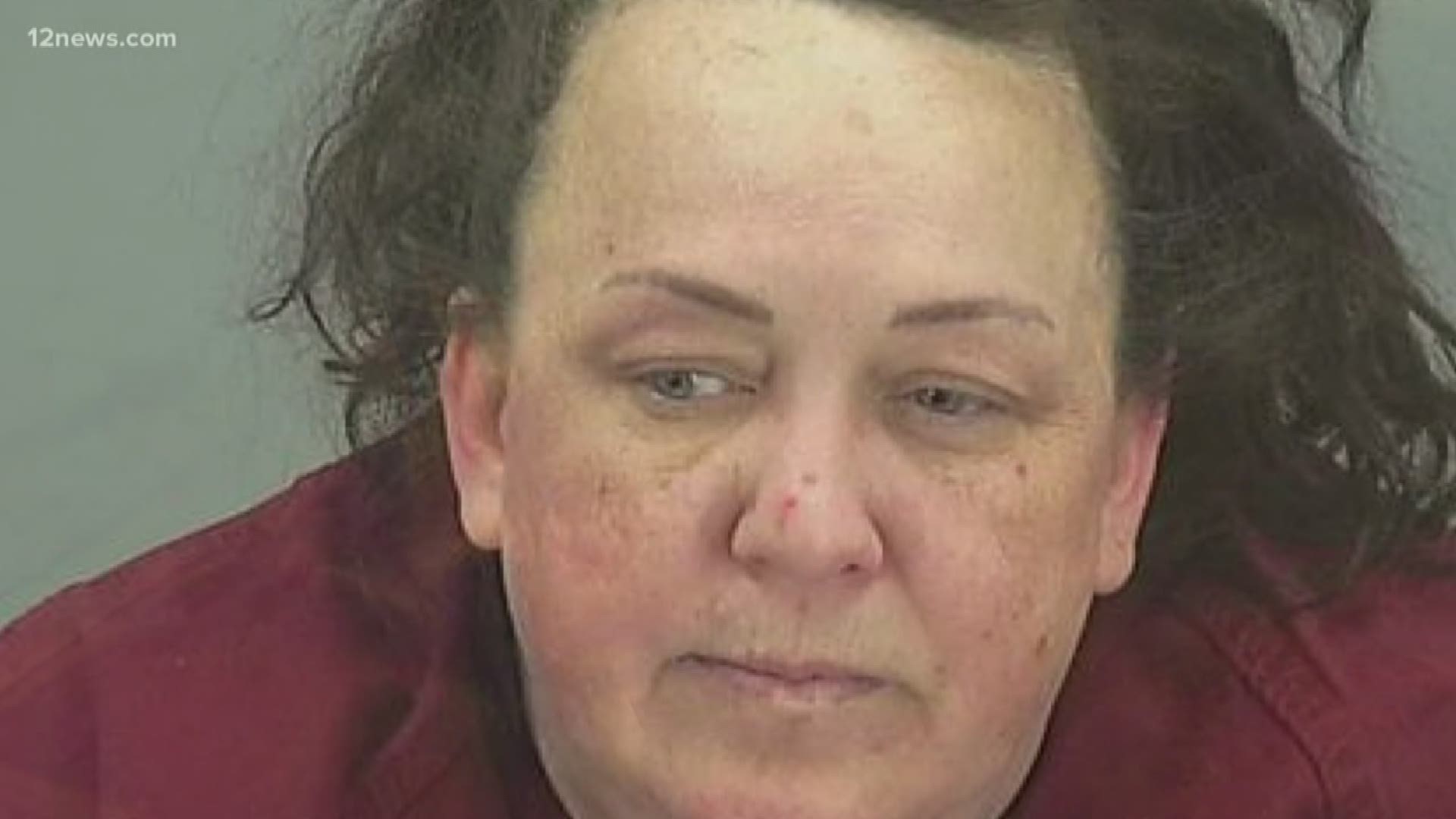 The 12 News I-Team is learning more about Machelle Hobson, the woman accused of brutally abusing her adopted kids and forcing them to perform in YouTube videos.

Hobson died last week, but the I-Team has obtained phone calls made by Hobson while she was in custody and they give a look at what was going through her mind.

“They loved making the videos," Hobson said while in custody in Pinal County on the phone with her father, Frank Downs.

RELATED: 'We’re happy that the kids don’t have to go through this': Pinal County officials speak out after death of YouTube mom Machelle Hobson

Hobson talked to her father about her adopted kids, the same kids prosecutors say she locked in closets with no food or water, pepper-sprayed, and pinched in the genitals. The abuse happened while she allegedly forced them to perform for her lucrative YouTube channel "Fantastic Adventures" which racked up hundreds of thousands of views.

“As a matter of fact I would be like, 'OK, um like if you’re in trouble next week you can’t get to be in the videos,' and that would be encouraging to them," said Hobson.

The jailhouse phone calls were made after Hobson's March 15 arrest in Maricopa.

"It’s so funny because I read the things and I’m like, 'You guys have no facts here.' They just slap a bunch of s--- on paper and then go, 'Here’s your charges,'" said Hobson.

Hobson and her father talked about Logan and Ryan Hackney, Hobson's two biological sons who were initially facing charges alongside their mother for failing to report the alleged abuse.

“Most of that was Ryan, you know, doing the majority of the work on filming and editing that stuff, Logan and Ryan. I talked to them about, you know, the kids, they had something about the kids not knowing their lines and everything and they both said no we just, ‘You gotta remember these lines.’ They never said that anybody was tortured or anything else for not remembering their lines," said Frank.

Hobson addressed some of the allegations. For example, that her adopted children were not going to school.

“She didn’t stop school at second grade. She never was taken to second-grade level until I got her there," said Hobson.

And that her kids were malnourished.

“No she’s not she has a traumatic brain injury which caused her body not to develop as a normal child," said Hobson.

Hobson and her father also routinely discussed her financial situation. They expressed frustration over not being able to post her bail because her assets were frozen.

“They seized all the money," said Frank.

“Well they have to give me back my money," said Hobson.

“I can’t see any connection between that money and anything that’s happened," said Frank.

“They have to pull every person in the world who has ever taken a video and put their kid on YouTube and faced any charges? I mean, it doesn’t make any sense," said Hobson.

Hobson seemed surprised to learn that her sons, Ryan and Logan, would no longer face charges.

“They dismissed the charges yesterday from Logan and Ryan," said Frank.

"All of them?" asked Hobson.

Hobson sounded confident about her case.

“I raised those kids so you tell me I’m this horrible, vicious person. Let’s go to court and let’s play this out because I’ve got documentation. They don’t," said Hobson.

But she would never make it to trial because she ultimately died in a Scottsdale medical facility last week.

“They better figure it out because they’re gonna be transporting me to a hospital if they don’t. I’m not doing well," said Hobson.

Coming up on Wednesday on 12 News at 10, the 12 News I-Team takes a closer look at Hobson's condition in jail and shares recordings of Hobson predicting her own death due to a sickness she claimed she was not being treated for.