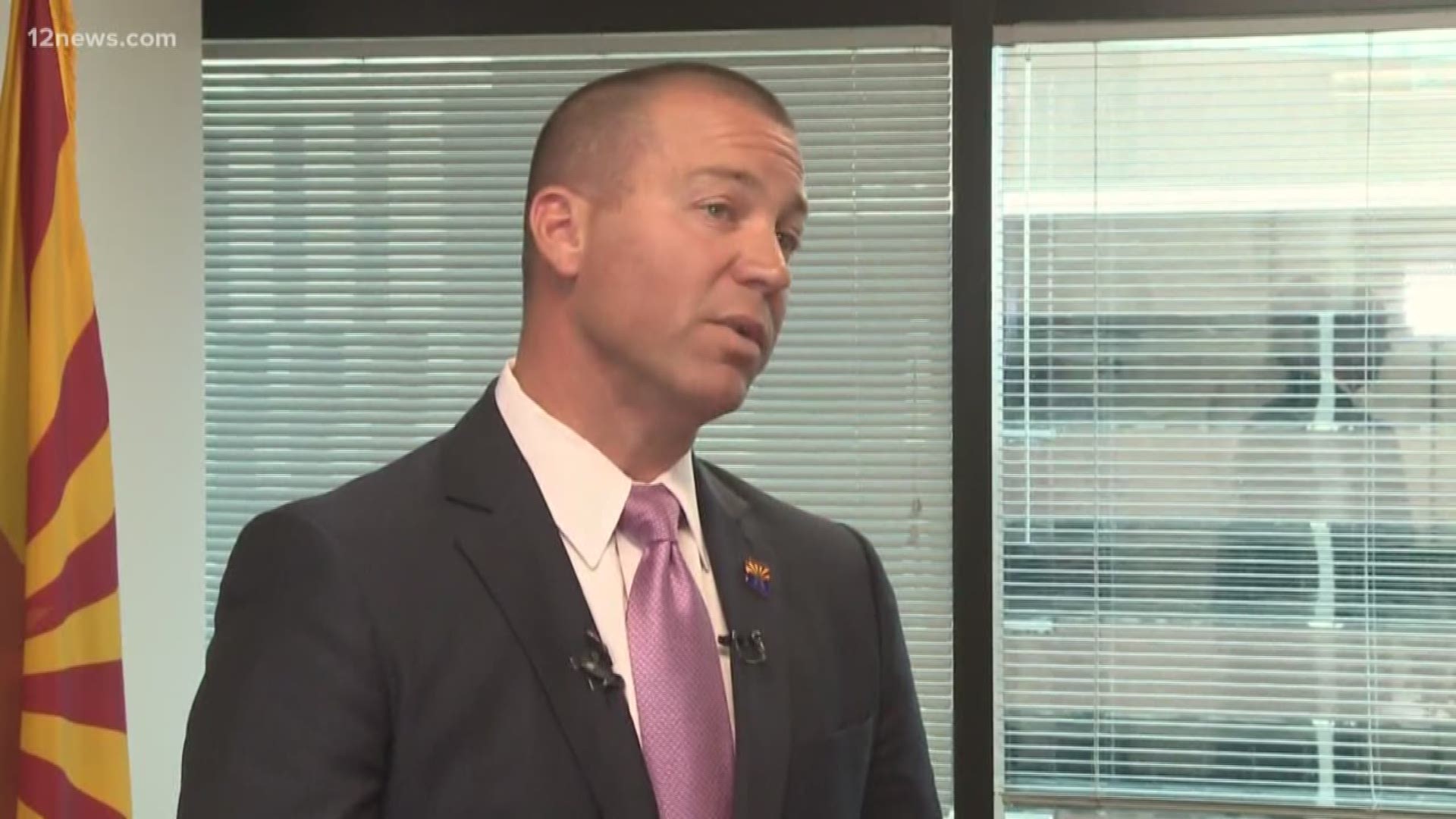 PHOENIX — The director of the Arizona Department of Child Safety will resign to become chief operating officer of a nonprofit that helps victims of child abuse, Gov. Doug Ducey's office announced in a statement Tuesday.

Greg McKay, after more than four years as director of DCS, will become COO of Childhelp USA on Sept. 1. The nonprofit is dedicated to helping abused, neglected and at-risk children nationwide through a variety of services.

McKay will remain the DCS director until then.

The statement did not say how or when McKay’s successor would be chosen.

“It’s been an honor of a lifetime to serve the people of Arizona,” said Director McKay in a statement Tuesday. “I’m grateful to have worked alongside an amazing and dedicated team at the Department of Child Safety, without whom none of the Department’s success would be possible. My thanks to Governor Ducey for the opportunity and challenge of working to ensure the safety and wellbeing of Arizona’s most vulnerable children. I will continue to be an advocate for Arizona children and those who protect and serve them.”

Before McKay was appointed DCS director in 2015, he made his name as a whistleblower who uncovered thousands of uninvestigated child abuse and neglect reports at DCS. However, his tenure as leader of the department was not without its problems.

In 2018, a lawsuit was filed against the state of Arizona and several DCS employees on behalf of a 7-year-old foster child who was placed in a home with a registered sex offender. The lawsuit alleged gross negligence by the department.

The 12 News I-Team talked to a DCS employee named in the lawsuit, who said the department does not check the sex offender database before placing a child in foster care.

McKay was asked about the 12 News report on KTAR with Mac and Gaydos, and he responded he couldn’t comment on pending litigation so instead used a hypothetical scenario.

"If you allow somebody to spend one night in your house, couch surfing perhaps, and you don't call and report that to DCS that somebody is staying in the home tonight, we have no idea who is there," McKay said during the interview.

Gov. Doug Ducey denied any DCS wrongdoing, and the department has said it runs a state and federal background check on every adult who lives in a home before they approve a foster placement.

In March, a Maricopa mother was accused of forcing her seven adopted children to participate in her YouTube series and abused them if they didn’t recall their lines or perform as directed.

A family member said all of the adoptions took place in Arizona, with the most recent adoption occurring about a month before the mother’s arrest. The children were in the foster program prior to adoption.

DCS said in an email to 12 News in March when the allegations came to light that potential foster parents undergo a full background check before receiving their license and receive monthly visits from the department.

“Despite all of these safeguards, people are sometimes able to avoid detection, especially if a person has no prior criminal or child abuse history," DCS said in the email.