During an arraignment hearing Friday, there appeared to be a dispute over Machelle Hobson's income and whether she qualifies for a public defender. 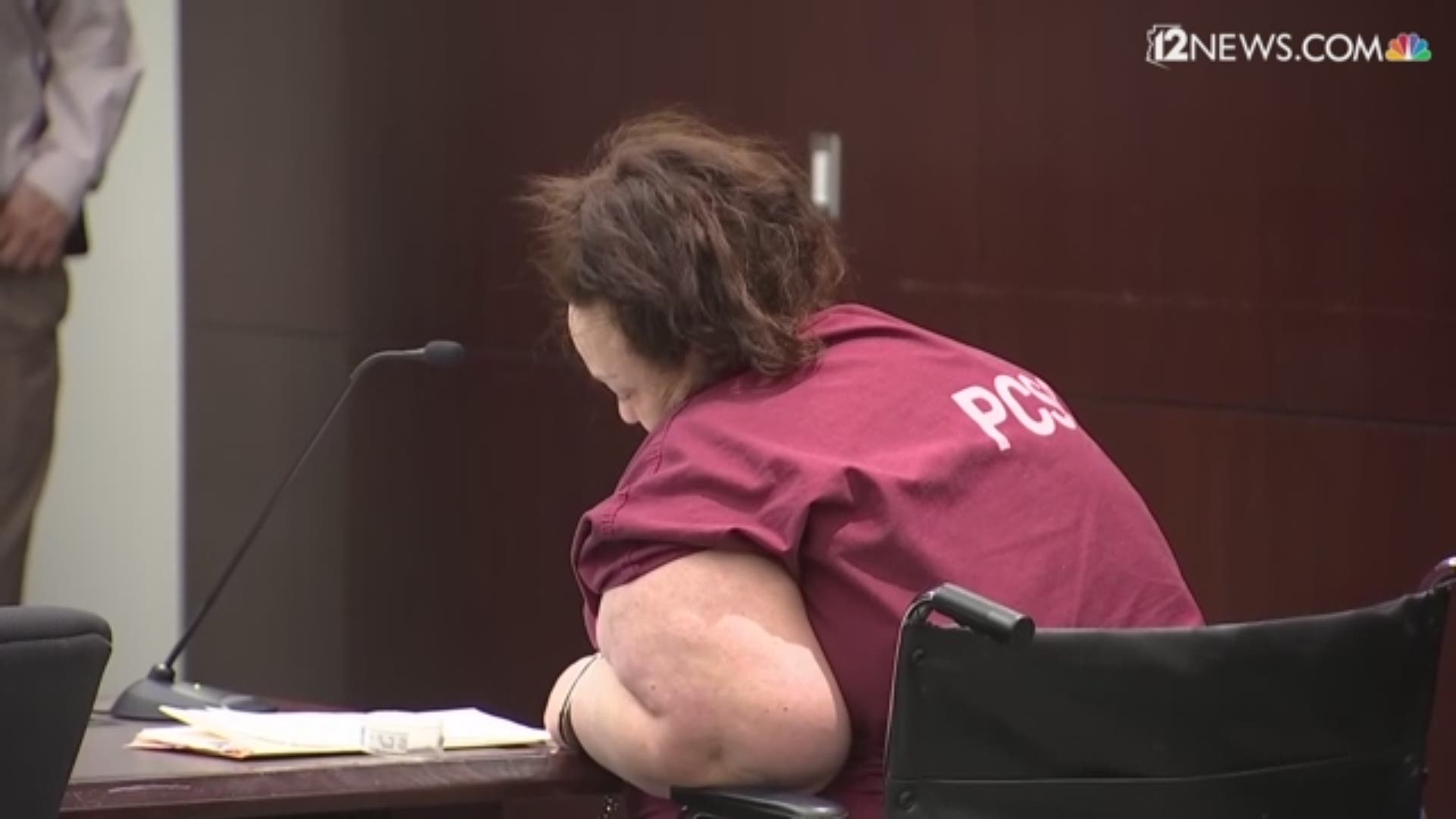 PHOENIX — The Arizona woman behind a popular YouTube series who's accused of abusing her adopted children pleaded not guilty to the more than two dozen charges against her at an arraignment hearing Friday.

Machelle Hobson was indicted by a grand jury Monday and faces 30 counts, including child abuse and kidnapping, for her alleged actions involving some of her adopted children.

During the arraignment hearing, there appeared to be a dispute over Hobson's income and whether she qualifies for a public defender or whether she needs to assist in the payment for that counsel or get her own attorney.

In the video from inside the courtroom, the judge can be heard questioning Hobson's claim she doesn't receive a monthly income, but has monthly expenses of $3,300.

"How do you pay for those expenses?" the judge asks.

Hobson told the judge her portion of the income was anywhere between $10,000 to $30,000. She, however, claimed her accounts have since been frozen. Her channel was demonetized shortly after her arrest before YouTube officially took it down last week.

The state prosecutor presented evidence in court Friday saying a financial document connected to Hobson that's "essentially a W-9 form" showed a dollar amount just under $300,000 for 2018. The attorney also said there was some indication that a withdrawal of about $100,000 was made from the joint account shared between Hobson and her two adult sons.

The judge said whether or not Hobson qualifies for a court-appointed counsel will be determined at a later date. Her next court date is a pretrial hearing scheduled for May 1.