How dirty is that game day hat? We used the 12 News Filth Finder to check

12 News found two super fans of the Arizona Cardinals who were willing to test the cleanliness of their memorabilia. 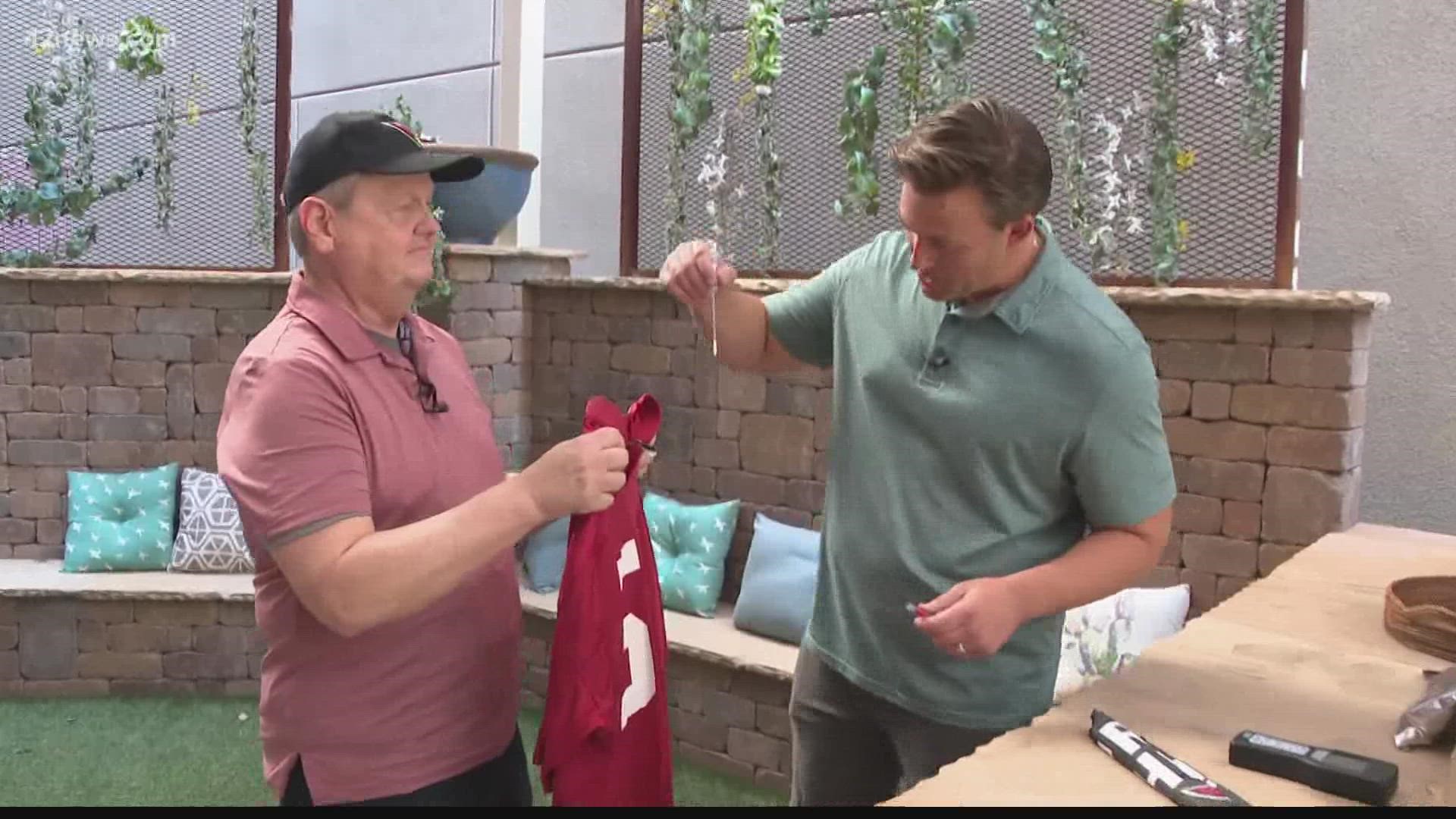 We invited two Arizona Cardinals super fans to bring their game day gear in to be tested. Rich Cralley and Tom Monson both brought jerseys.

They claim their jerseys have been washed…sporadically.

“It's been a few weeks,” Rich Cralley said. “Yeah, it's been a while. I don't think I washed it after the last preseason game.”

Monson’s jersey didn’t fare much better. We tested the neckline of his jersey, which he admits hasn’t been cleaned in a while. His jersey came in at 217.

But what about game day accessories? Cralley brought an oversized foam hat, something he said he got from the Cardinals when he was a special guest at the NFL Draft.

“So they made a made a bunch of hats for us and we wore them throughout the draft,” Cralley said.

So the hat appears to have never been washed. We swabbed the inside of the hat and tested it. The result? More than 480, which is 16 times the limit.

Monson brought a game-day flag that’s traveled with him for a while. It’s been touched and dropped all over State Farm Stadium.

Experts say the good news is that if the item is something you wear, those are probably all your germs to begin with, unless you drop it on the stadium floor.

But the bottom line is, you should wash everything, or at least wipe it down with a disinfecting wipe.

RELATED: 12 News Filth Finder: How clean is your man cave?