Next in line at the position are some new faces to the program. All three of Chandler’s quarterbacks are senior transfers from out of state. 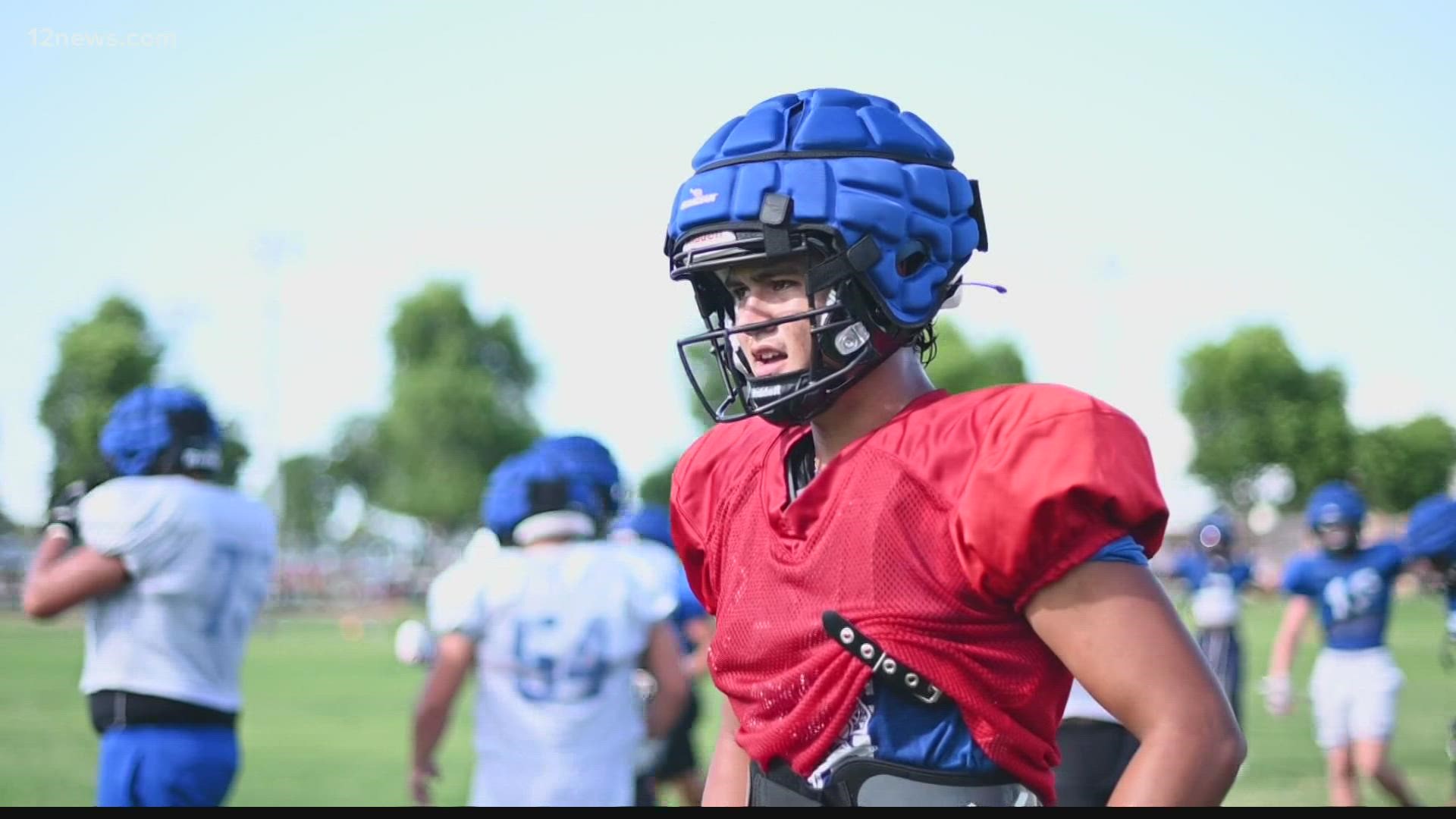 CHANDLER, Ariz. — Chandler High School has had a long list of star quarterbacks. Players like former Cardinal Brett Hundley, Bryce Perkins who’s now with the L.A. Rams, and most recently Mikey Keene who plays for the University of Central Florida.

Next in line at the position are some new faces to the program. All three of Chandler’s quarterbacks are senior transfers from out of state.

Ethan Moore is from California, KJ Cooper is from Texas and Blaine Hipa moved to Arizona from Hawaii.

They’ll all get their opportunities as time goes along,” said Head Coach Rick Garretson. “They’re great teammates, the quarterback room has been awesome.”

But, it’ll be Blaine Hipa from Hawaii that will get the start of week 1. Due to his junior season being canceled last year due to COVID-19, this will be his first game since December 2019.

“There’s definitely some butterflies in my stomach right now,” said Hipa. “But, I just gotta do what I need to do to play my best.”

“He’s a talented guy and he’s well respected amongst his peers,” said Garretson. “We’re looking forward to seeing him on Friday night.

Hippa will be without his top target in Kyion Grayes after the Ohio State Commit dislocated his elbow in a scrimmage. It will be a 6 to 8-week process to get back on the field.

“We’ve all been texting him, being with him,” said defensive back, Franky Morales. “He just came in and we were just all around him making sure he’s good.”

Although The Wolves miss their teammate, this is Chandler, and you don’t win 5 straight state titles without having the next man ready.

Chandler opens their season against Centennial tonight at 7. p.m.