The campaign is heating up. 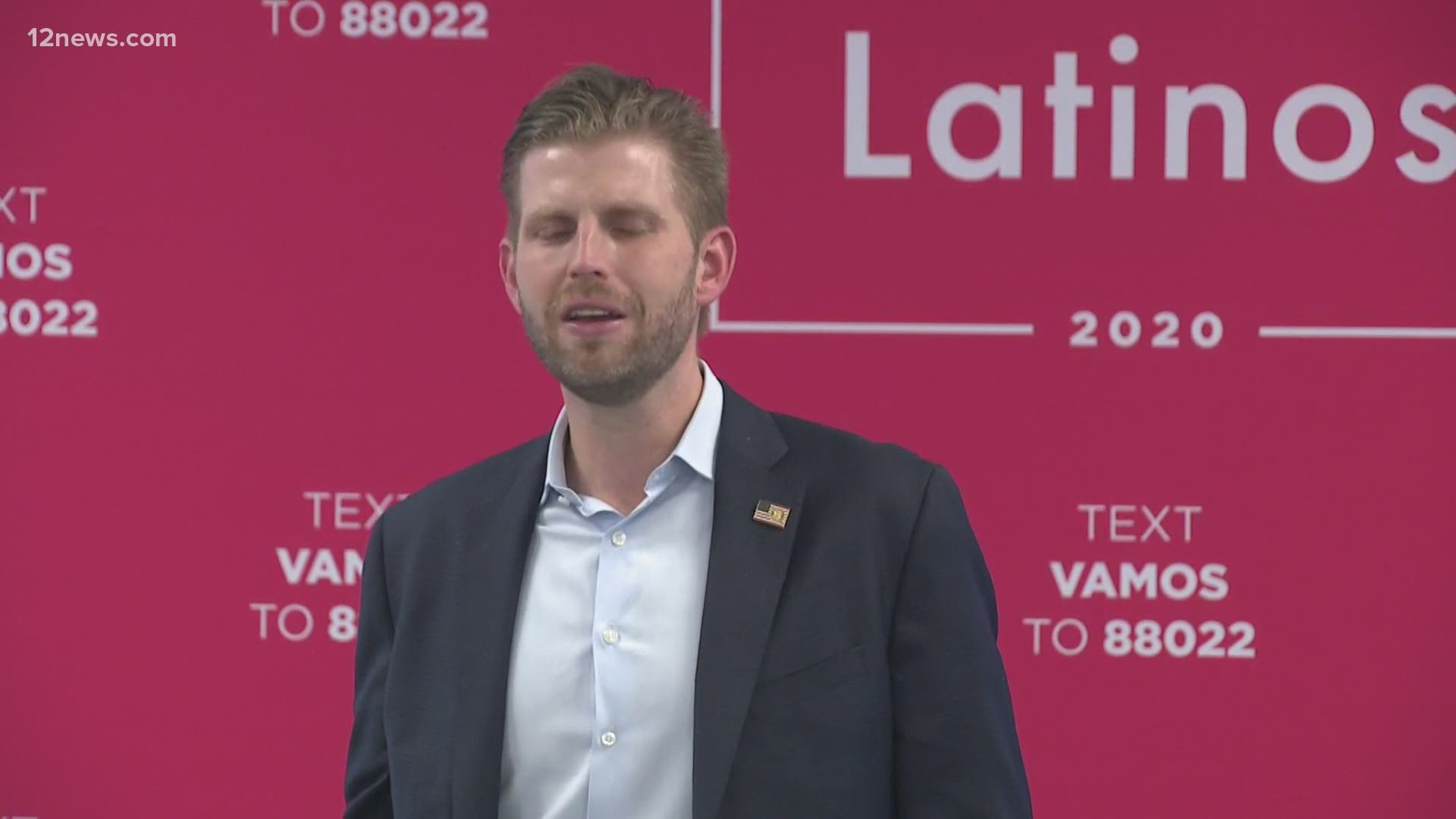 PHOENIX — The campaign for president is in its final days and the candidates are making their last appeals to voters to turn out.

Eric Trump joins the list of people campaigning in Arizona over the next week.

Trump will headline an event Monday at the restaurant Rustler's Rooste.

The public can sign up for tickets here. Doors open at 5 p.m.

While Trump is stumping for his father, a list of celebrities including Cher and Kerry Washington are campaigning for Joe Biden in Arizona in the coming days.

Learn about those events in Chandler, Gilbert, Tempe and Apache Junction.

Still filling out your ballot? Learn about the candidates all the way down the ballot with the 12 News Ballot Guide. Enter your address to get started:

RELATED: Learn about voting in Arizona during Decision 2020: Plan Your Vote Thursday night on 12 News 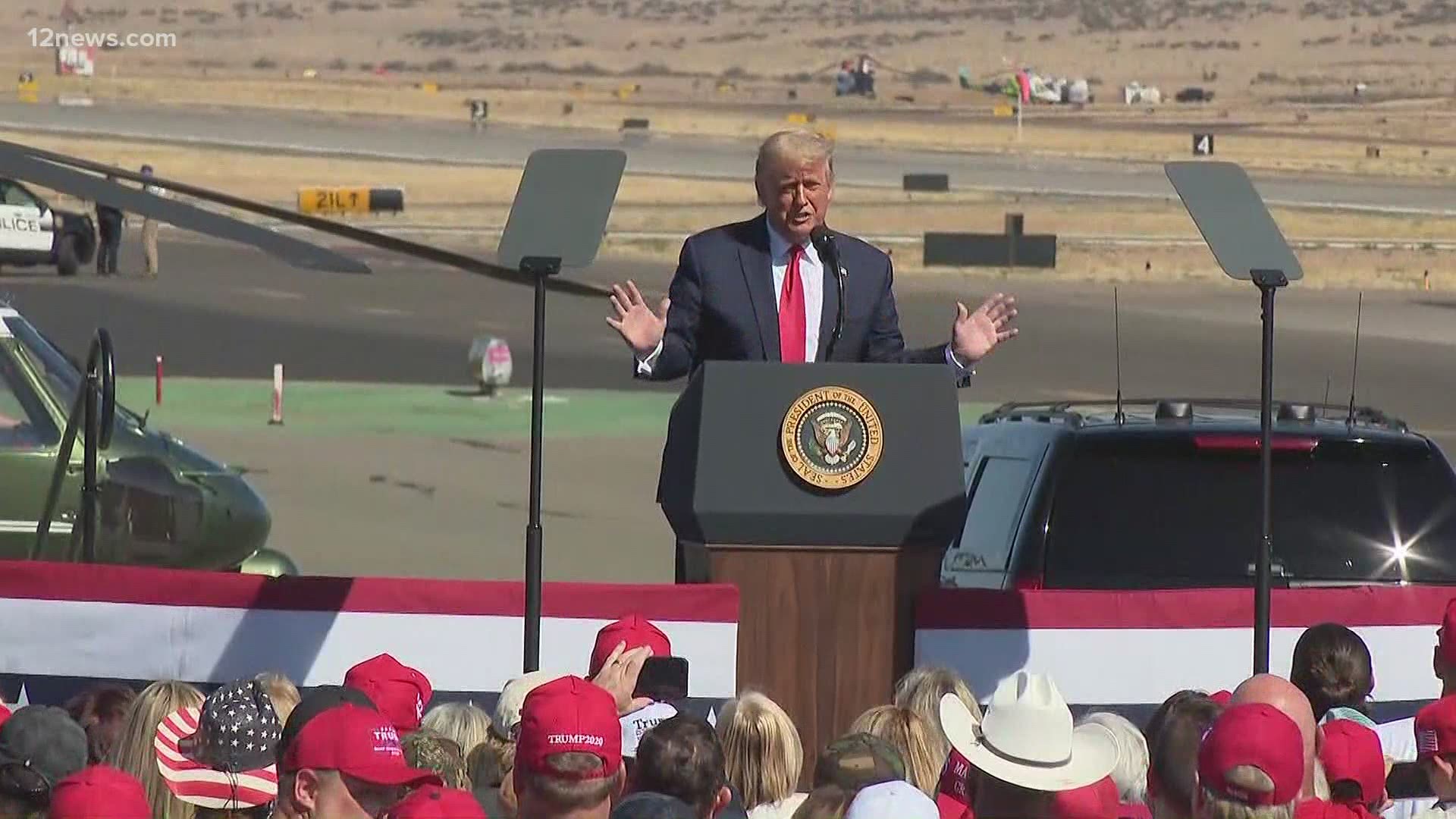