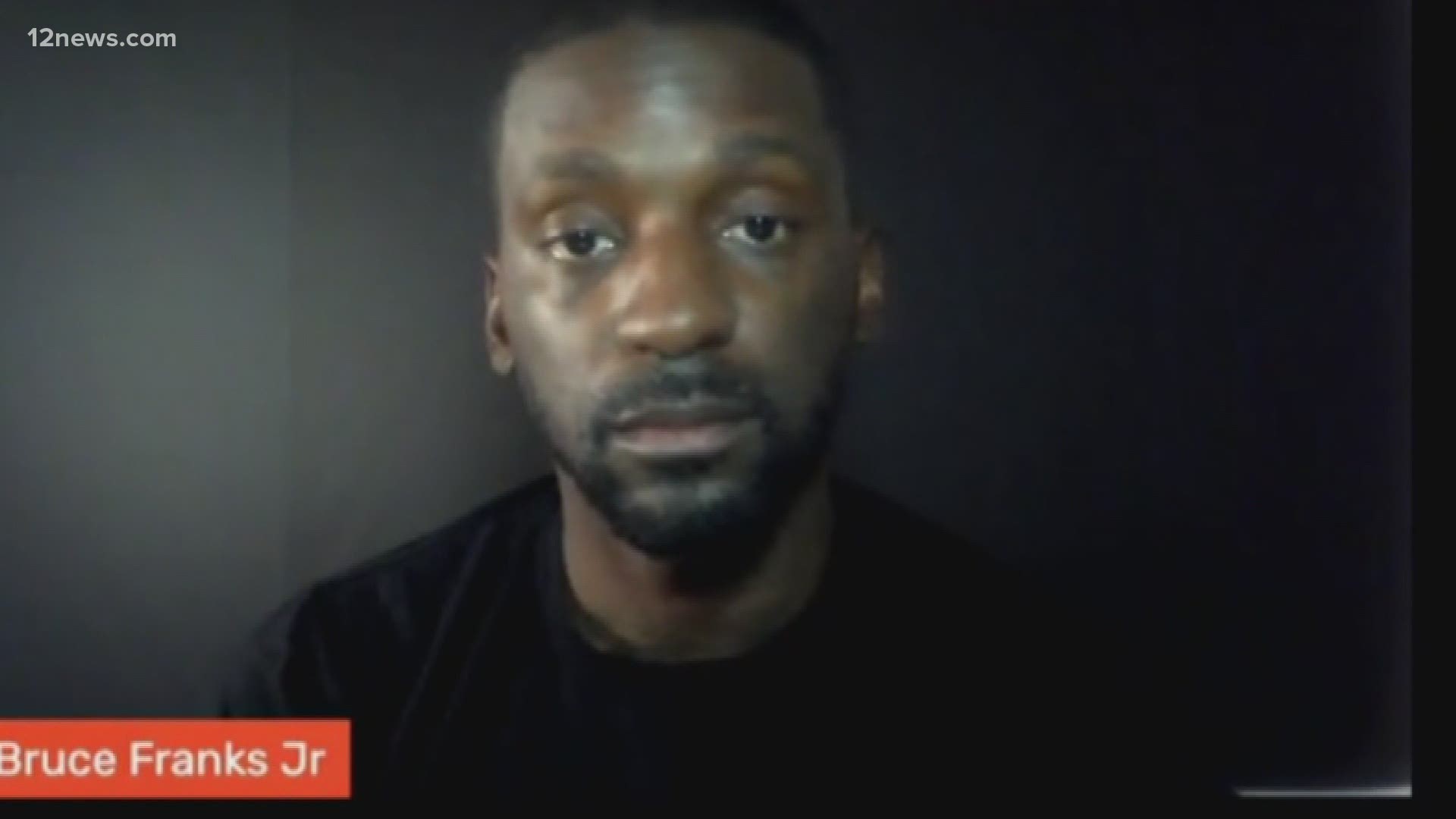 PHOENIX — Attorneys for Bruce Franks, Jr. filed a notice of claim against the Phoenix Police Department and the city of Phoenix on Wednesday, stating their intention to sue for $2.4 million after Phoenix officers arrested Franks in August.

Franks is originally from Missouri, where he served a state representative for a time. He became a social justice organizer after the 2014 death of Michael Brown in Ferguson, Missouri.

A Ferguson police officer shot and killed Brown, who was unarmed and a teenager. Franks moved to the Phoenix area about a year ago and said he had not been organizing in Arizona until videos of the death of George Floyd began circulating in late May.

On Aug. 9, Franks led a protest march to commemorate the sixth anniversary of Brown’s death. It was at that march that Phoenix police arrested Franks.

Franks and his attorneys with The People’s Law Firm believe Franks’s arrest was politically motivated.

“We are creating a precedent within this police department that it can go out and target activists and organizers, critics of the department,” said Attorney Steve Benedetto with The People’s Law Firm.

The notice of claim is based on Franks’s notoriety and the discovery in one of the police reports from that day that officers knew who Franks was and knew that he was one of the event’s organizers.

“The social media flyer…indicated the special speaker for the event would be (AP) Bruce Franks, Jr. whom [sic] was also depicted in it. Bruce and co-defendant William Reed then locked arms and aggressively charged [tactical response unit] officers on the skirmish line. Bruce attempted to resist arrest and escape the grasp of multiple officers attempting to effect his arrest…”

Franks and his attorneys have requested the body camera footage, and they criticized the Phoenix Police Department for only posting selected pieces of video. They believe the full video will show that Franks was peaceful in his protest and that he was arrested because he was noticed by a lieutenant as an organizer.

“A lieutenant behind the skirmish line pointed at Representative Franks ordered his officers to grab him; they did grab him,” Benedetto said.

When asked about the notice of claim and that the accusations that Phoenix Police Department specifically targets politically leaders for arrest during protests in order to stifle criticism and dissent, Phoenix Police Chief Jeri Williams denied the assertion.

Neither members of the Phoenix City Council nor Mayor Kate Gallego responded to an email seeking comment for this story. 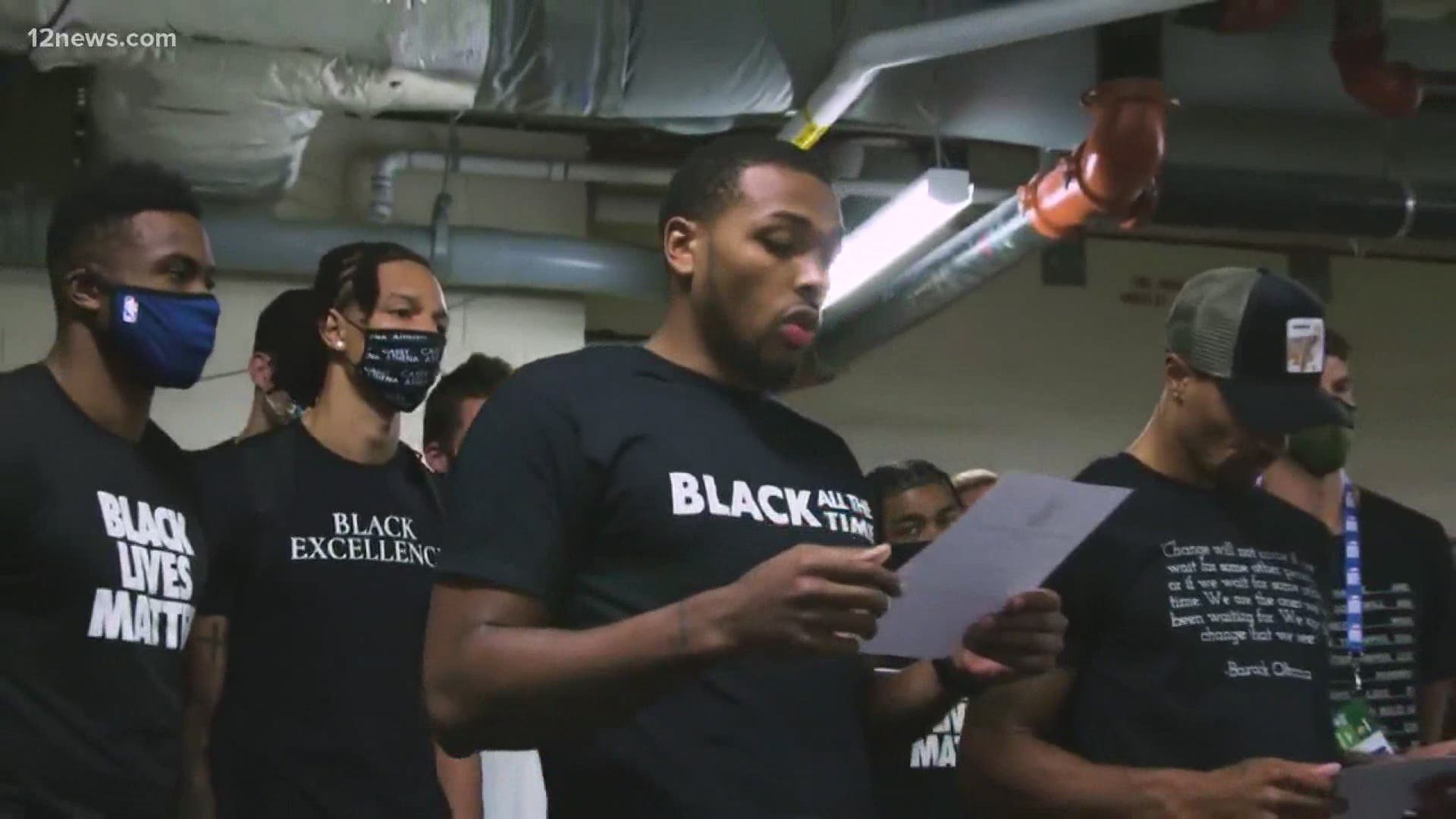