A concerned citizen called police after Ron Minegar almost hit a person on a motorcycle, according to the report. He was later arrested for DUI. 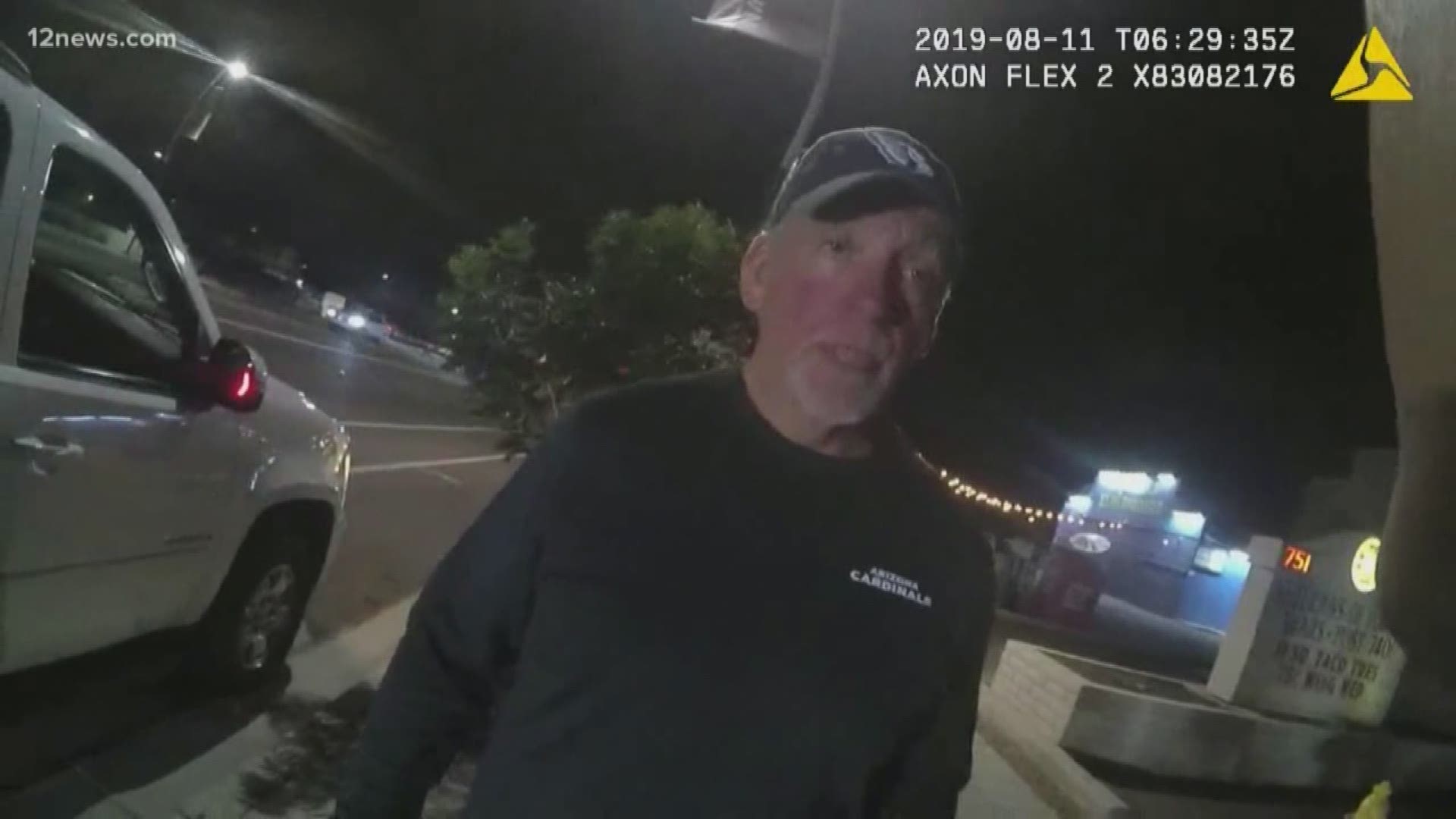 The Cardinals released a statement on Sunday after news of Minegar's arrest became public.

"Ron Minegar’s actions last night are inexcusable. He made the decision to drive after drinking alcohol and is fortunate that he was pulled over before injuring anyone or himself,” the team said in the statement. “According to MADD, drunk driving results in almost 11,000 deaths per year and is the number one cause of fatalities on roadways. We fully recognize the seriousness of these actions and they will have serious consequences.”

The Chandler Police Department released the written narrative of the arrest Wednesday along with video of the stop.

According to the report, a "concerned citizen" called police after claiming Minegar nearly hit a person on a motorcycle as well as a curb Saturday night.

Chandler Police wrote that they observed Minegar speeding and unable to stay in one traffic lane.

According to the report, Minegar admitted to drinking "three Tito's Vodka drinks at Sidelines Bar in Chandler." But later in the arrest, he said he didn't have that much to drink.

Minegar also said he did not believe he had been speeding.

The report described Minegar as having "bloodshot eyes, a flushed face, and an odor of an alcoholic beverage on his breath."

Officers at the scene said Minegar couldn't perform a field sobriety test because he couldn't stand up long enough without falling over.

After attempting sobriety tests, the police report says the arresting officer asked Minegar to take a breath test. Minegar refused, according to the report. After that refusal, police arrested Minegar on suspicion of DUI.

In the state of Arizona, refusing a breath test results in arrest and a one-year driver's license suspension regardless of the eventual disposition of the case. That means even if Minegar was determined to be sober at the time of the arrest, he would still face a year-long license suspension.

Chandler police drew Minegar's blood, and the results of the blood draw have not yet come back from the testing lab.

RELATED: Former Cardinal Darius Philon reportedly asked his victim if she wanted a bullet, according to court docs

As of Wednesday afternoon, Minegar's bio still appeared on the Cardinals' website.