Suspect arrested after barricading in Scottsdale home with residents inside, police say 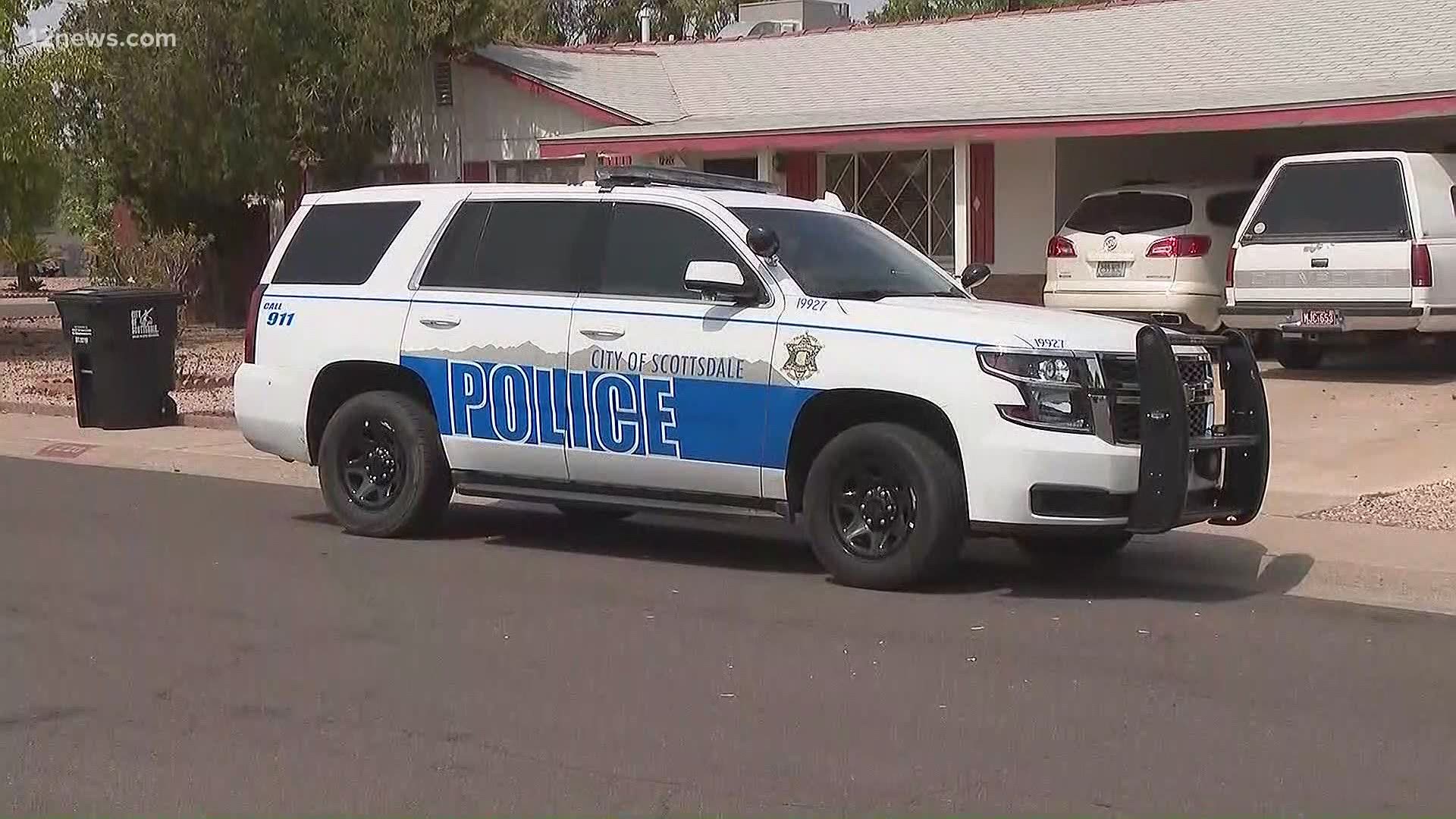 SCOTTSDALE, Ariz. — A suspect is in custody after Scottsdale police said he fled a traffic accident, broke into a nearby home, and barricaded himself while two of the home’s residents were still inside.

“I was scared because I kept telling my sister don’t come out of the room like there were guns, they were pointing guns, I was afraid they were going to get in a shootout,” explained Emigdio Esquivel, a neighbor.

Esquivel lives just a few houses away. He said around 8 a.m., police asked him to leave two of his doors open, just in case they needed to access his neighbor’s home from Esquivel’s backyard.

“We had cops sitting out here and they came in alerted us that they wanted access to the backyard, I said sure, of course, absolutely,” he said.

He said he thought the woman was the suspect that police were after. Little did he know, she was the victim. She was one of two women who had been trapped inside the home with the suspect.

“At that point you know she just stood up outside and I saw that the cops came and grabbed her and pulled her away,” he added.

Police were pulling her out of harm’s way. Scottsdale police say both that woman and the other victim inside were able to escape the barricaded home unharmed. And eventually, after about 90 minutes of negotiations, that suspect surrendered and was taken into police custody. Esquivel says he didn’t even recognize his neighbor’s face at the door amidst all the chaos. He says if he had, he would have let her in.

“I felt bad because I locked her but my first reaction was to take care of my sister and myself,” Esquivel said.

So far, police haven’t released any other details on that suspect including why he ran away from the nearby traffic accident in the first place.