The most recent document filled out by the patient's doctor at the facility shows the woman received a physical exam on April 16, 2018, but there was no indication in the report that the patient was pregnant. 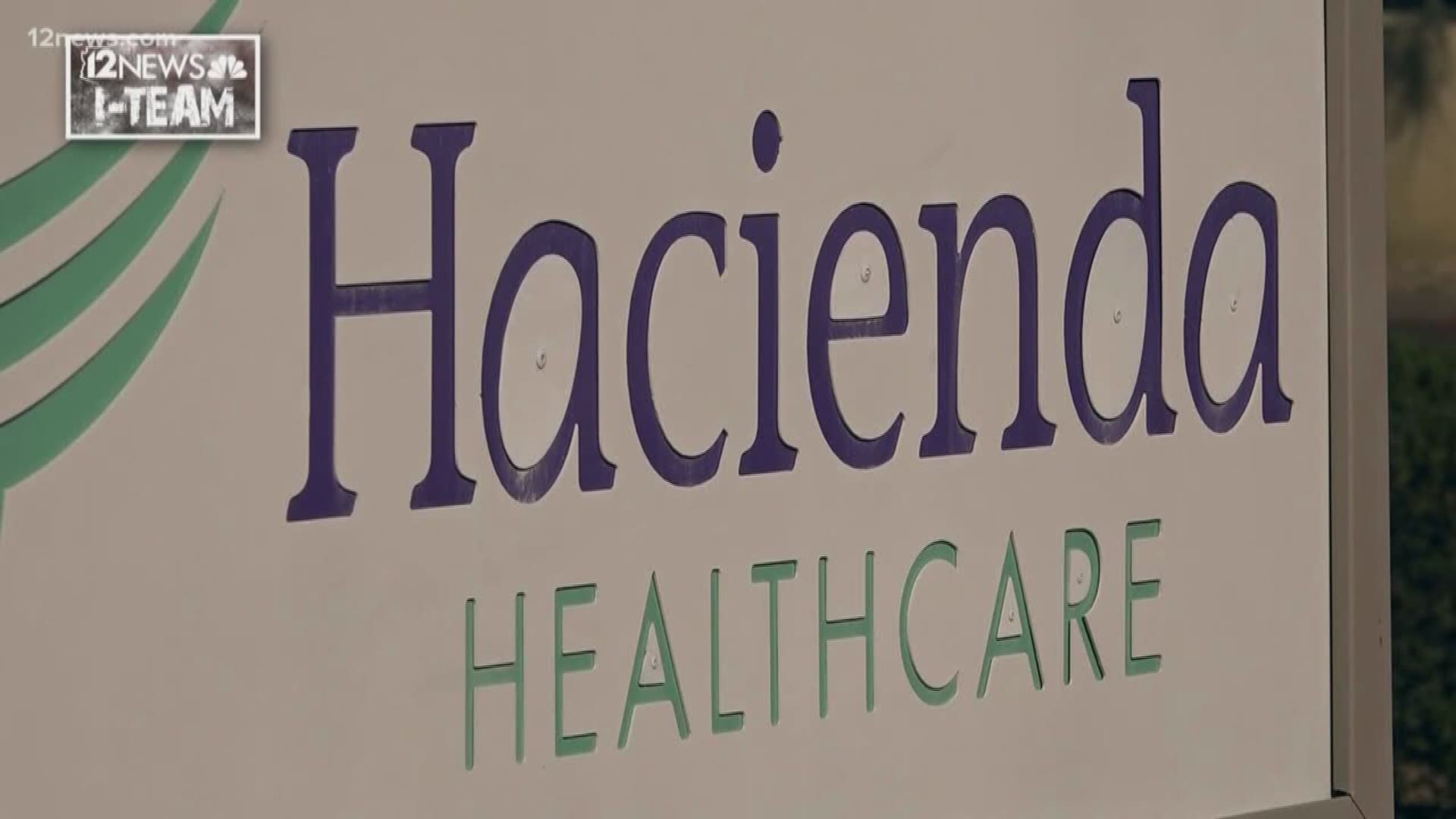 PHOENIX — Police are investigating suspected sexual assault after a woman in a vegetative state, who has been in the care of Hacienda Healthcare in Phoenix for more than 10 years, gave birth last month when employees did not know she was pregnant.

Records from the care facility show the patient had been examined eight months before she gave birth, but the report showed no indication of pregnancy.

The patient is at a maximum level of care and is unable to speak, so her mother, becoming her legal guardian in 2009, has received annual reports about the patient's condition, with comments from the patient's nurse and doctor.

The most recent document filled out by her doctor at the facility shows the patient received a physical exam on April 16, 2018. The report shows no indication of pregnancy, and the doctor recommends in the report that the facility continue its current care.

12 News spoke briefly with the patient's mother and legal guardian over the phone. She said she's hired an attorney and has been advised not to say anything.

Her lawyer, John Micheals, released a statement that said: “The family obviously is outraged, traumatized and in shock by the abuse and neglect of their daughter at Hacienda HealthCare.”

He added, “The baby boy has been born into a loving family and will be well cared for.”

The chairman of the San Carlos Apache Tribe also released a statement Tuesday, saying in part: "When you have a loved one committed to palliative care when they are most vulnerable and dependent upon others, you trust their caretakers. Sadly, one of her caretakers was not to be trusted and took advantage of her. It is my hope that justice will be served."

There are still numerous unanswered questions in the disturbing case.

The Phoenix police department has issued a search warrant asking for DNA samples from all male employees at the healthcare facility.