After woman who has been in a vegetative state for more than 10 years in a Phoenix care facility gave birth, the police are now trying to track down DNA of male employees. 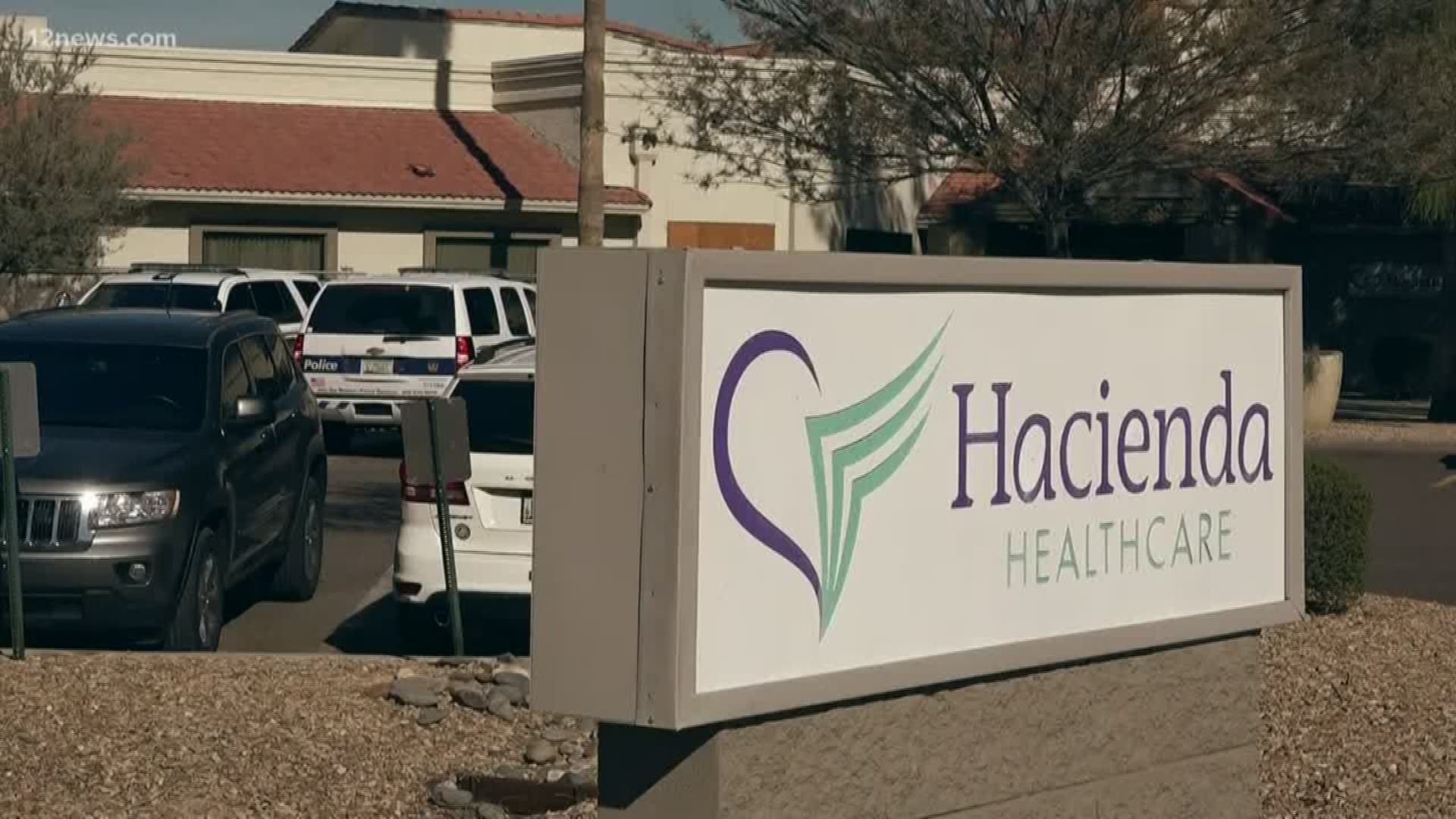 PHOENIX— The Phoenix Police Department is now asking for DNA from all male employees at the healthcare facility where a woman in a vegetative state gave birth last month.

Hacienda Healthcare said it wanted to DNA test its employees and consulted with a legal team who said the facility could not make employees do it.

Police served a search warrant on Tuesday for those tests, the facility said.

The woman, who has been in a vegetative state for more than a decade, gave birth on Dec. 29 at a Hacienda Healthcare facility located near 14th Street and Baseline Road.

The woman's family retained a lawyer, who released a statement Tuesday saying that the family is "outraged, traumatized and in shock by the abuse and neglect of their daughter at Hacienda Healthcare," and is not emotionally ready to speak publicly about the matter.

The lawyer also said in the statement that the family asked him to convey that the baby boy has been born into a loving family and will be well cared for.

The San Carlos Apache Tribe released a statement Tuesday saying the 29-year-old woman, who 12 News is choosing not to identify, is a member of the tribe.

"At this point, this matter falls under the jurisdiction of the Phoenix Police Department," said San Carlos Apache Police Chief Alejandro Benally. He added that the SCAPD will cooperate in the investigation.

"I am deeply shocked and horrified at the treatment of one of our members. When you have a loved one committed to palliative care, when they are most vulnerable and dependent upon others, you trust their caretakers," said San Carlos Tribe Chairman Terry Rambler. "Sadly, one of her caretakers was not to be trusted and took advantage of her. It is my hope that justice will be served.”