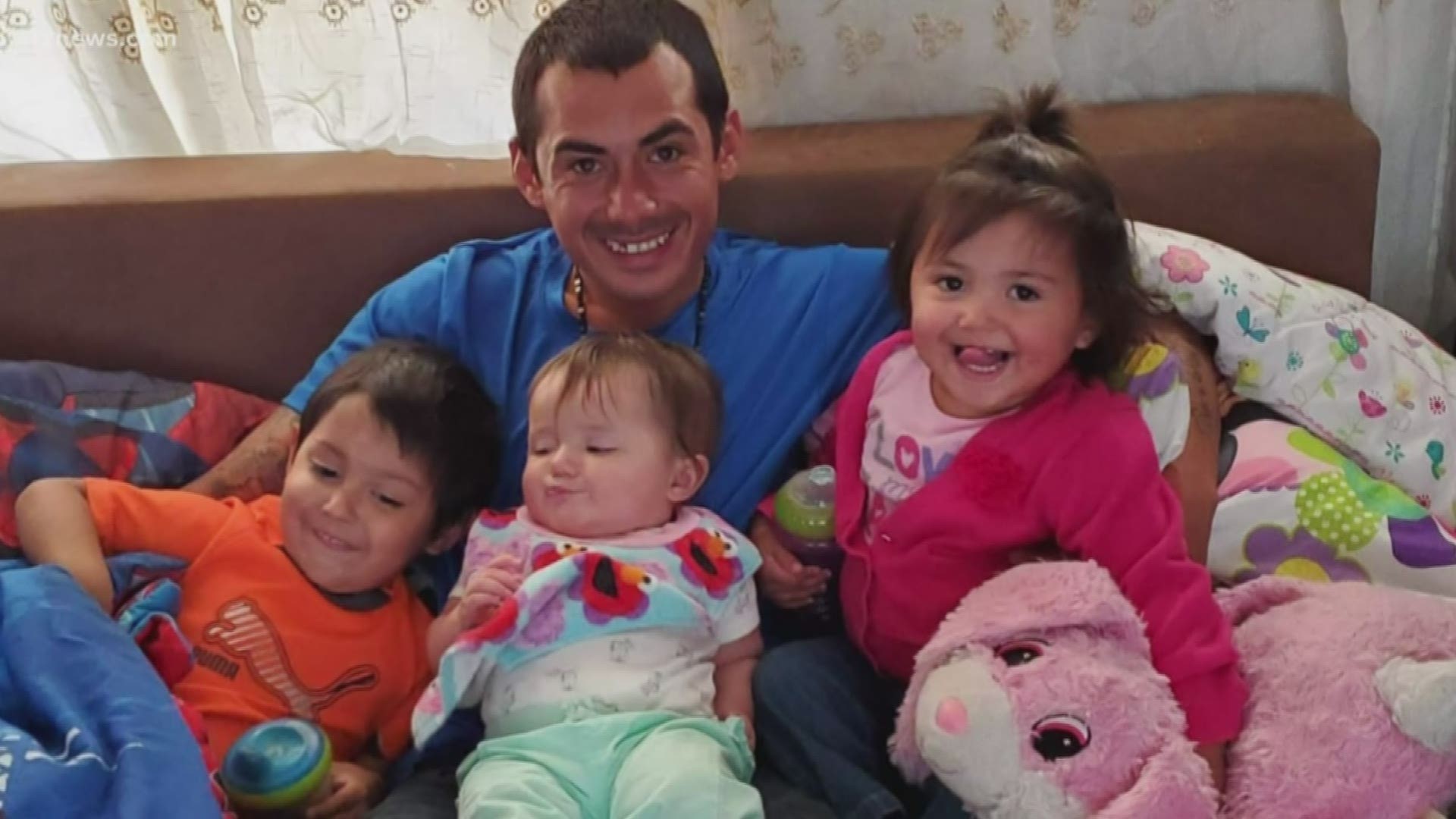 PHOENIX — As Rachel Henry sits in jail, accused of murdering her children in Phoenix last week, the children's father is in Oklahoma, planning their funerals.

“I’ll never get to see my kids smile, laugh, I won’t get to teach them to ride a bike or read a book,” Pedro Rios told KWTV News 9 in Oklahoma City.

Rachel Henry, 22, is accused of smothering 3-year-old Zane Henry, 1-year-old Miraya Henry and 7-month-old Catalaya Rios while they were at a relative's house in Phoenix. The great-aunt of the children said Henry was addicted to methamphetamine and was acting strangely in the days before the alleged murder.

Rios told KWTV News 9 he came home from work and played with his children last Monday for about a half-hour before Henry told him she was going to put them down for a nap.

After that, Rios says he dozed off, then woke up and was talking to his grandmother on the phone. Then, he realized his youngest daughter, believed to be sleeping on the couch, was not breathing.

Rios discovered soon after that his two other children were dead.

On Tuesday, Henry was indicted on three counts of first-degree murder.

Henry moved to the Phoenix area in June. She had previously lived in Oklahoma, where she had several contacts with local police.

Police reports from Oklahoma show she fought with Rios, the father of the children, on multiple occasions. These incidents prompted police to check on the children.

Prosecutors say Henry's children were taken from her before. However, the Oklahoma Department of Human Services refused to release any details about any prior contacts with the family, citing state privacy laws.

Henry's next hearing is on Tuesday, Feb. 4.

MORE: 'They were babies, they were innocent': Aunt of 3 kids allegedly killed by mom in Phoenix home speaks out