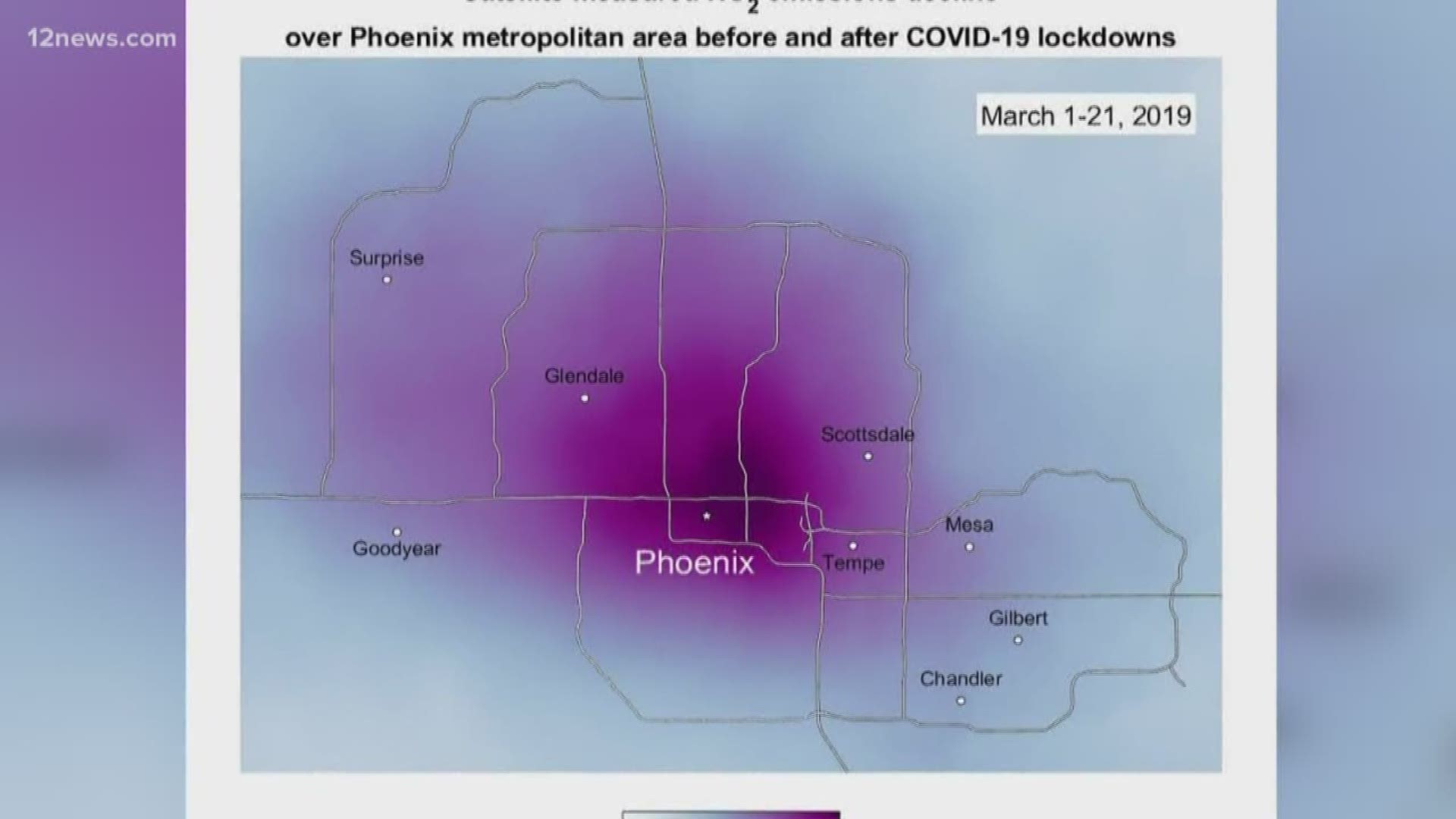 PHOENIX — Motorists in Arizona who are following the stay-at-home orders appear to be improving the air quality and decreasing the effects vehicle emissions have on the environment. As far as the ones driving, they seem to have increased the speed they traveled at.

Arizona and Nevada released their reports Monday after at least a week under the states’ respective stay-at-home orders.

The Maricopa Association of Governments is tracking commuters in mayor freeways and artery streets in Maricopa County 24 hours a day to determine how COVID-19 is affecting traffic and emissions.

Commuters are being tracked on the time they spend stuck in traffic every day and the delays due to congestion are calculated by the speed the vehicles are traveling.

There are fewer cars on the freeways and streets in Arizona; therefore, there are less congested roads and cars travel at a faster speed.

According to the data from INRIX, the volume of traffic on Maricopa County Freeways weekly from March 2 to April 3 has decreased by 37% when using the week of March 2 as a normal week for traffic volume. Decreasing from 8% the first week, 13% the second week, 12% the third week and 4% the last week on the graphic.

When there are fewer cars on the freeways and streets of the state, drivers tend to speed up more.

The data provided by INRIX on the commuters’ speed compares March 2019 to March 2020, before and during COVID-19.

During the weekdays, drivers were traveling during the morning peak hours at a speed of 60mph in 2019, while they’re traveling close to 65 mph during the same time period in 2020.

Data shows that people have increased their driving speed during morning and afternoon rush hours in freeways and arterial streets in Phoenix.

Credit: INRIX
The data on the graphic shows the impact of COVID-19 on average weekday vehicle speeds on freeways and arterials in Phoenix. The data is comparing March 2019 to March 2020.

U.S. Environmental Protection Agency officials say particulate matter and nitrogen dioxide are pollutants that contribute to smog and poor air quality and are emitted from the transportation sector, including cars, trucks, commercial aircraft and railroads.

Satellite images released from MAG with a measurement of nitrogen dioxide in Phoenix show a decrease year over year.

• 16 marathons in 16 days in spite of the coronavirus