Emails show Wendy Smith-Reeve and Ducey aides were at odds over who should lead response. She tells 12 News, 'I'm not willing to compromise my integrity.' 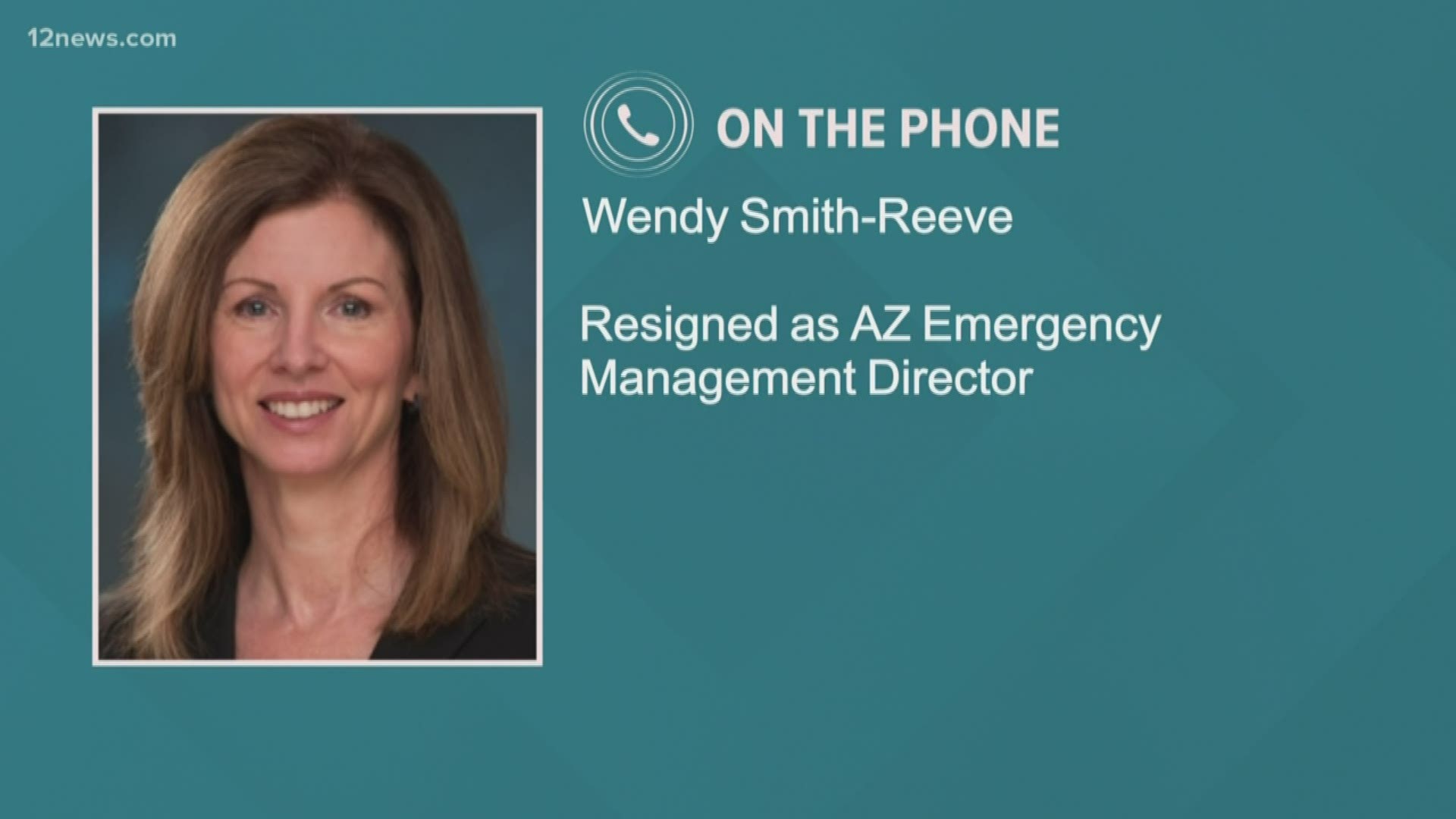 PHOENIX, Ariz — Arizona's emergency management director stepped down Saturday, in an apparent split with Gov. Doug Ducey’s top aides over their handling of the coronavirus crisis.

12 News has learned that Wendy Smith-Reeve, a 24-year veteran of the Division of Emergency Management,  submitted her resignation Thursday night and it took effect Saturday afternoon.

It comes as Arizona enters a third week under a state of emergency that was declared by the governor to deal with the spread of the coronavirus.

In emails provided to 12 News by the governor’s office, Smith-Reeve accuses Ducey of ignoring his own 2017 order on how to manage public emergencies.

She contends she was squeezed out in favor of staffers, including Department of Health Services employees, who aren’t trained in emergency management and who are “degrading” the process.

“It has become clear that my role is being addressed by the governor's staff and ADHS which means my presence and function is duplicative,” Smith-Reeve wrote in a resignation email dated Thursday. “That is not healthy for the Team who are working tirelessly on this event.”

In a telephone interview Saturday, Smith-Reeve said: "This is not an action I wanted to take, but I'm not willing to compromise my personal integrity or my professional integrity."

Smith-Reeve chose her words carefully during the interview, because she's on the state payroll until Wednesday.

She praised the governor's desire to help Arizonans.

"Gov. Ducey wants to do the absolute best thing for Arizona. He is fully committed to that," Smith-Reeve said.

But she pointedly declined to say whether she believed the governor was doing a good job.

"Not that I'm willing to state at this time," Smith-Reeve said.

“This has been a successful effort,” Ruiz wrote in an email Friday to Ducey Chief of Staff Daniel Scarpinato, in which Ruiz recommended accepting Smith-Reeve’s resignation.

“It's been an all-hands-on-deck approach… These efforts and efforts across state government are valuable, not duplicative -- they should be applauded, not discouraged.”

The governor has come under pressure in recent days to order Arizona residents to stay at home as the coronavirus crisis escalates.

Smith-Reeve wore two hats: one as emergency management director, and the other as liaison to Gov. Ducey’s office, in her role as deputy director of the Department of Emergency and Military Affairs.

In that role, she reported to the DEMA director and Arizona National Guard commander, Maj. Gen. Michael McGuire.

Smith-Reeve served in both roles for seven years, staying on after Ducey was elected governor in 2014.

In a message to 12 News, Smith-Reeve wrote in part, "the hybrid process currently in place deviates from national standards," and stated that her email regarding her resignation is "fully accurate."

She also had praise for emergency management professionals around the state, writing, "they are hard at work and fully committed to ensure success for all of Arizona."

In a statement issued after her resignation, Ducey Chief of Staff Scarpinato didn’t acknowledge her service:

"Arizona is grateful to have the very steady leadership of Maj. Gen. McGuire leading our emergency operations during this critical time. We won't miss a beat with him and his team at the helm."

In a statement Saturday evening, McGuire said he had named Anthony Cox, the Division of Emergency Management’s deputy director for the last three years, as acting division director.

“We appreciate Deputy Director Smith-Reeve’s service. As Director of DEMA, I am grateful for Mr. Cox’s willingness to assume the director of the Division of Emergency Management position,” McGuire said.

“I have full confidence and trust that Mr. Cox, along with the deep bench of talented and capable leaders on the DEMA team will not miss a beat as we drive on to serve the great state and citizens of Arizona.”

Editor's note: Smith-Reeve issued a statement Wednesday in which she said insuations that her departure "was the result of the fact that another agency leader was selected to lead the effort is, quite frankly, laughable."

You can read the entire statement below.

Here is the updated number of reported coronavirus cases in Arizona 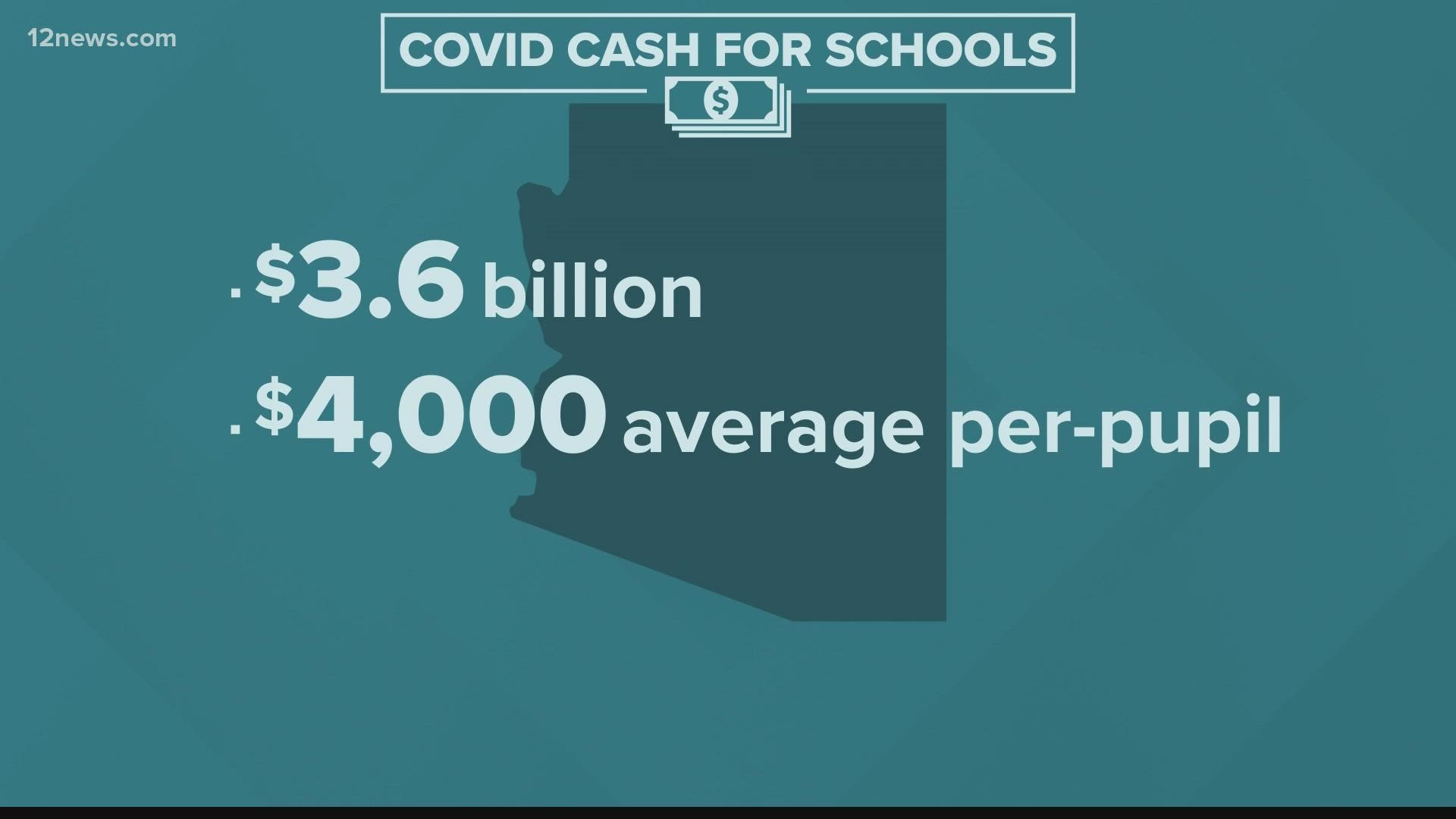