Peoria students to resume in person, online classes Tuesday after sick out

After 13 schools were closed on Monday, students at Peoria Unified School District will resume virtual and in-person learning on Tuesday. 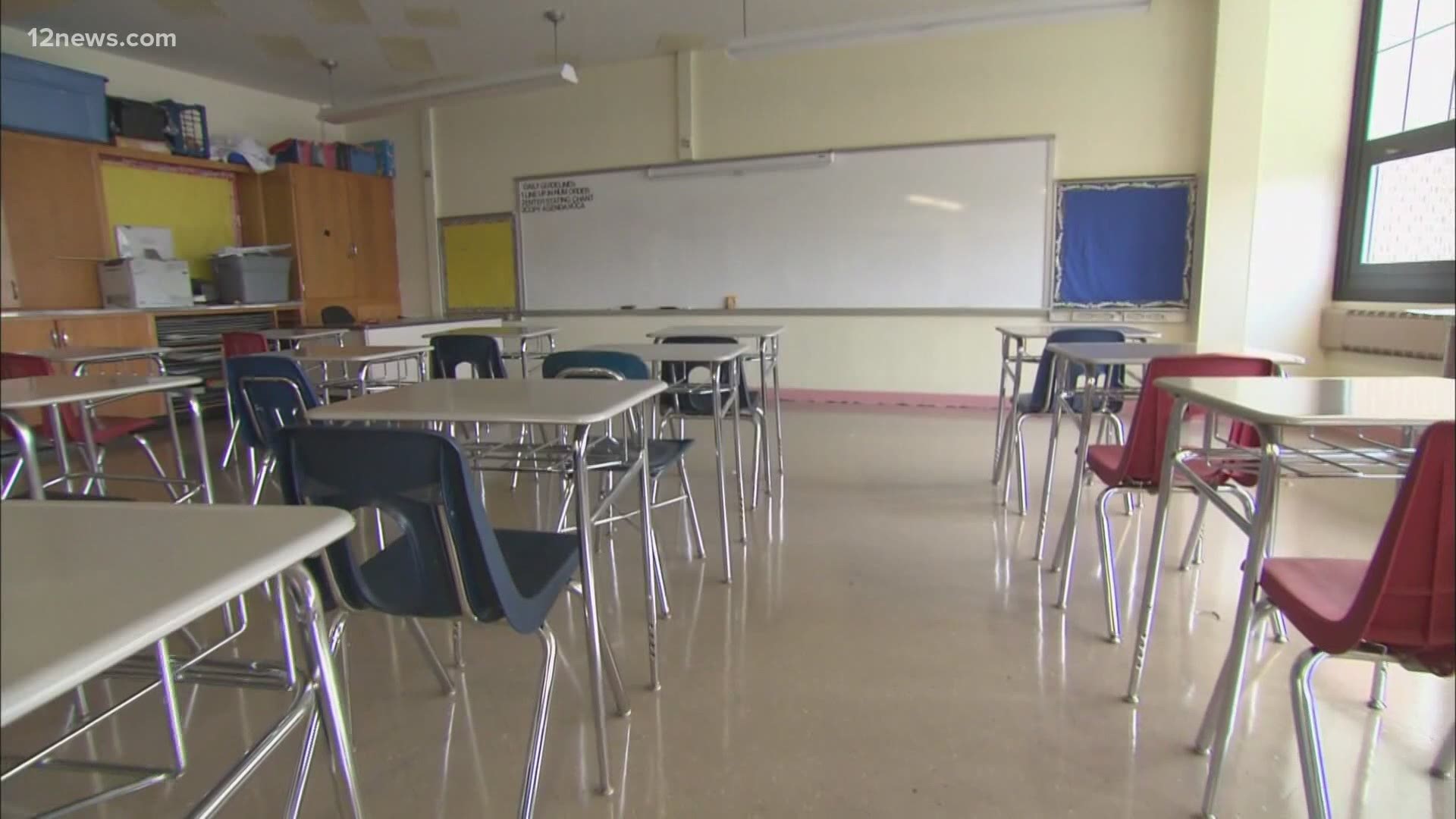 PEORIA, Ariz. — Students will be back in the classroom at Peoria Unified School District on Tuesday after more than 600 certified staff called in sick on Monday.

The sick-out forced the district to cancel online and in-person classes for thousands of students at 13 of its public schools.

Teachers and staff organized the move after they say the district did not follow the proper protocols when deciding whether or not it's safe for in-person learning.

“We have nothing,” said Trina Berg, president of the Peoria Education Association.

“We have no line, not anything that says, ‘OK, schools are no longer safe, and we need to shut them down,’ and that’s what we want.”

Berg says their top priority is student safety. So after more than 950 unanswered emails sent to the Governing Board about safety metrics, they decided to act.

“We don’t want to be virtual for the sake of being virtual, we just want something in place,” Berg said. “We want to know that there is some point when the district will say that our school is no longer safe to be open, that’s our goal.”

In a statement, Peoria’s school superintendent Jason W. Reynolds said virtual and in-person classes would be back on schedule on Tuesday.

“Throughout the day, we have closely monitored the staff absence data and I am thrilled to share that all 42 of our schools are adequately staffed for in-person and virtual learning,” Reynolds said.

Currently, Arizona’s Department of Health recommends all counties to have only virtual classes, so when 12 News asked the district why in-person learning was resuming, a spokesperson said the decision goes back to the Governing Board’s December decision, to the hybrid model vote.

The district says 25% of families opted for virtual classes while the rest went for in-person.

For some parents who had children stay at home with no school on Monday, the inconsistent curriculum, they say, is academically hurting their children.

“If this sick-out extends, it will affect my son because he doesn’t do well on online courses.”

While McKee says it’s up to the parents to be responsible and only send their kids to school when their children aren’t sick, experts say safe in-person learning can be done when following proper protocols and localized data.

“If one can maintain a structural environment then normally, classrooms even for young children are pretty structured,” said Neal Woodbury, vice president of research at ASU’s Knowledge Enterprise.

The district told 12 News that 623 out of 2,150 certified staff members were absent on Monday.

The Peoria’s Governing Board is scheduled to meet on Thursday, the district says metrics will be discussed.

Class of 2021: What to expect this school year

This year has certainly changed how we approach education during a pandemic. For more ongoing coverage of the Class of 2021 watch our YouTube playlist and subscribe.