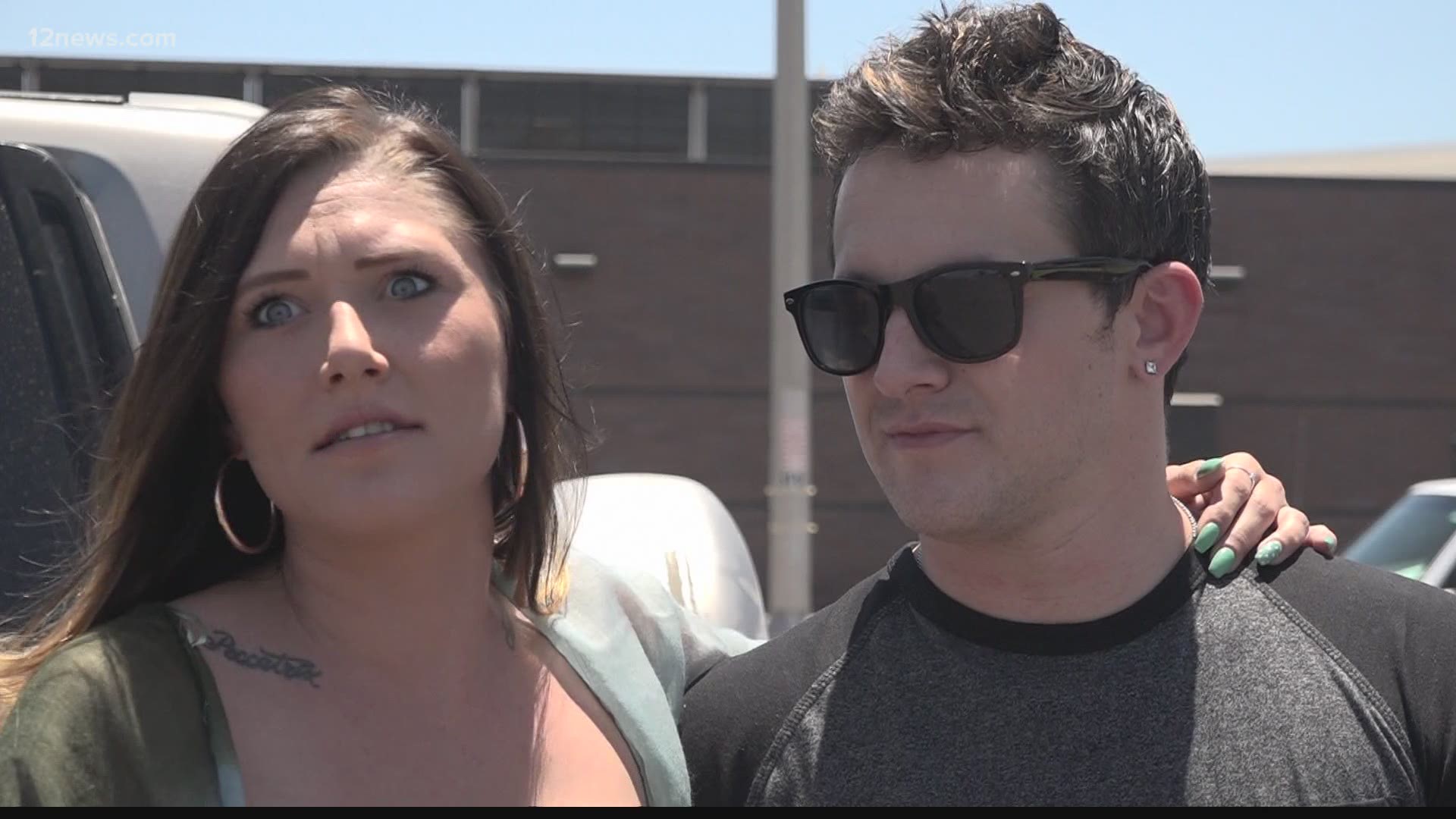 PHOENIX — Taylor Patrick recalled the terrifying moment Sunday when a man approached her car with a gun.

She and her fiance, Anthony Lazzaroni, had just left a smoke shop near 28th Drive and Cactus Road in Phoenix when Lazzaroni dropped his phone under the car seat.

She said she pulled over so they could grab the phone. Then everything changed.

"This guy came in and put the gun immediately over the seat right here," Patrick said. "Straight to Anthony’s head. 'Get on the [expletive] ground. I’m taking all of your stuff.'"

She said he was drinking alcohol and knew he couldn’t drive her car because it has a breathalyzer device from a past DUI.

"I know it sounds cliché but literally, my life flashed before my eyes. This is it," she said.

In that split second, she figured she’d need to help him in order to help themselves, so she offered him a ride.

"I don’t know what was going on in my mind," she said. "It was just fight or flight mode. I have to get out of this situation."

Off they drove with Patrick at the wheel and Lazzaroni in the back seat.

"I wanted him in front of me," Lazzaroni said. "Just in case I had to do something."

He said he couldn't even try to call for help on his phone because the suspect pointed his gun at him.

"He had it on me the whole time," Lazzaroni said.

The couple said they drove in circles around nearby neighborhoods for 10-15 minutes before the man finally got out near Wood Drive.

"He said, 'somebody’s going to die today and you guys just got lucky that you were cool enough where it wasn’t you,'" Patrick said.

They called the cops immediately, fearing for whoever the man encountered next. Patrick said she told the police she felt there were mental health concerns at play.

Phoenix Police found the man a few hours later. They said he was violating a protection order at a home on Wood Drive.

Phoenix PD said an officer shot the suspect after he pointed his gun at them. The suspect was taken to the hospital where he remained as of Tuesday afternoon.

The chain of events is still tough for the couple to process.

Police have not released the name of the suspect at this time. They said he'll be facing multiple charges when he's recovered.