On the 79th anniversary of the Battle of Midway, people gathered at Old Ellsworth Brewery in Queen Creek to hear Jack Holder recount what happened during the war. 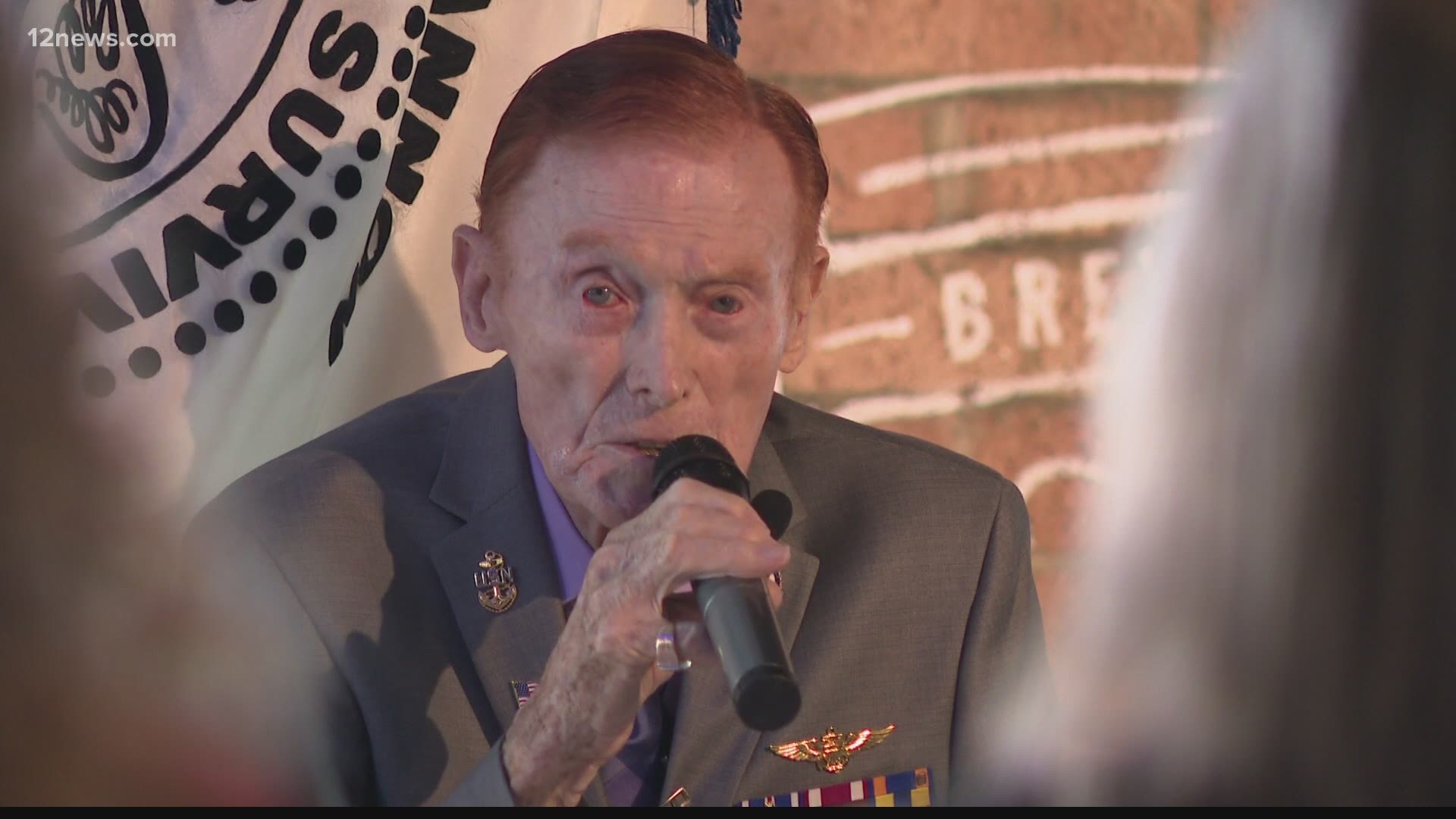 Holder jumped into a sewer ditch as he watched destruction all around him. Six months later, Jack and his airmen flying on a PBY airplane, were the second crew to spot the Japanese armada at the Battle of Midway.

“When we first spotted the fleet coming in, they were moving towards Midway under the weather front. But, it looked like black pepper on an egg, so many ships,” Holder said.

On the 79th anniversary of the Battle of Midway, people gathered at Old Ellsworth Brewery in Queen Creek to hear Jack recount what happened during the war.

In one mission he spoke of the devastating damage inflicted on a Japanese aircraft carrier. The battle provided a huge morale boost to the American public, coming just six months after the attack on Pearl Harbor.

“We dropped the first bomb on the fantail, the second bomb behind the tower, we made six circles around it watching it sink,” said Holder.

Patterson Elementary School teacher Bonnie Hickman met Jack Holder four years ago and invited him to speak to her students. Hickman said it’s important the students hear it from those who lived it.

“When you look at the history, sometimes it gets covered over, it gets obliterated, and people kind of make up their own version of the history and it’s kind of hard to do that when you got somebody standing there that was there.”

One of Hickman’s former students Coah Murphy learned about Jack but wanted to meet him since schools were closed for the pandemic.

Murphy said that it’s important to remember those who fought and died for our country.

“I hope they never have to go through anything like that, but I’m always amazed and surprised at how attentive they are, how knowledgeable they are and how appreciative they are,” Holder said.