The USS Oklahoma went down during the attack at Pearl Harbor, killing 429 sailors. After the attack, only 35 of those killed were identified. 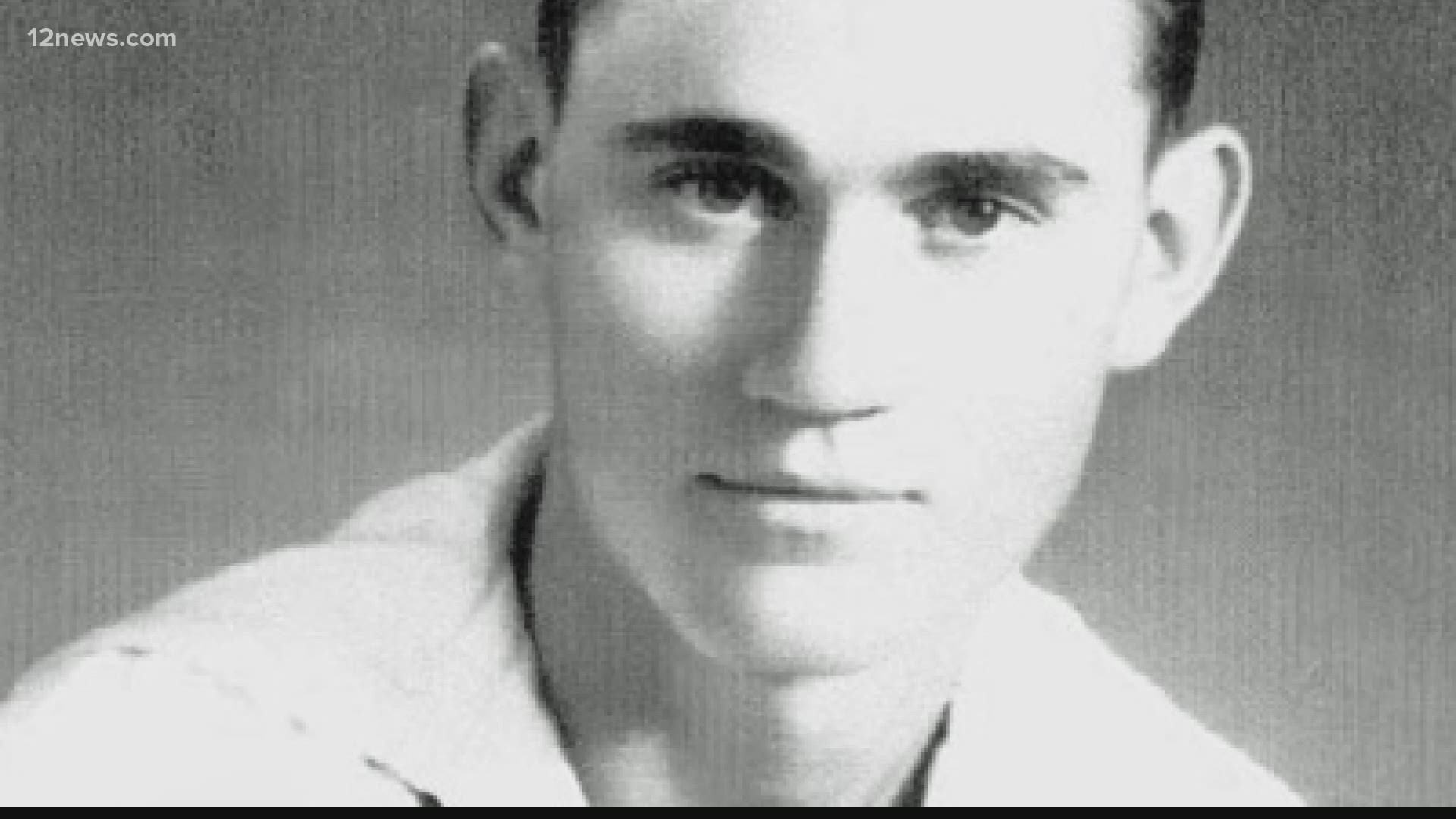 TUCSON, Ariz. — A Tucson family can finally lay their loved one to rest after 80 years of uncertainty.

Signalman Third Class Austin Hesler was killed during the attack on Pearl Harbor in 1941. He was aboard the USS Oklahoma when it was hit by at least 8 Japanese torpedoes.

The ship went down, killing 429 sailors. Only 35 were identified. Hesler was not one of them.

“I was so happy, it's like a closure,” Hesler’s great-niece Ketherin Ayala said.

Hesler’s family didn’t know if they’d ever be able to give Austin the burial he deserved. For decades, the US Navy couldn’t identify more than 350 remains.

Ayala remembers going with her grandmother to meet with Navy officials, but it was no use. They had no way to find Hesler.

In 2015, the Department of Defense began using DNA testing on the remains, and it worked.

The department’s POW/MIA Accounting Agency is working with genealogists to help identify the remains and track down relatives who might be matches for DNA comparisons.

So far more than 200 of the sailors who died aboard the USS Oklahoma have been identified thanks to the new technology.

He was from Kansas, but his closest relatives now live in Tucson. He was buried at the Southern Arizona Veterans Cemetary on May 29, two days before Memorial Day.

You can read more about the agency's DNA Identification Laboratory here.

12 News is honoring the brave men and women who are currently serving and have served in the United States's armed forces. See their stories on our 12 News YouTube Playlist here.