Phoenix officially records first measurable rain of Monsoon 2019, but will it continue? 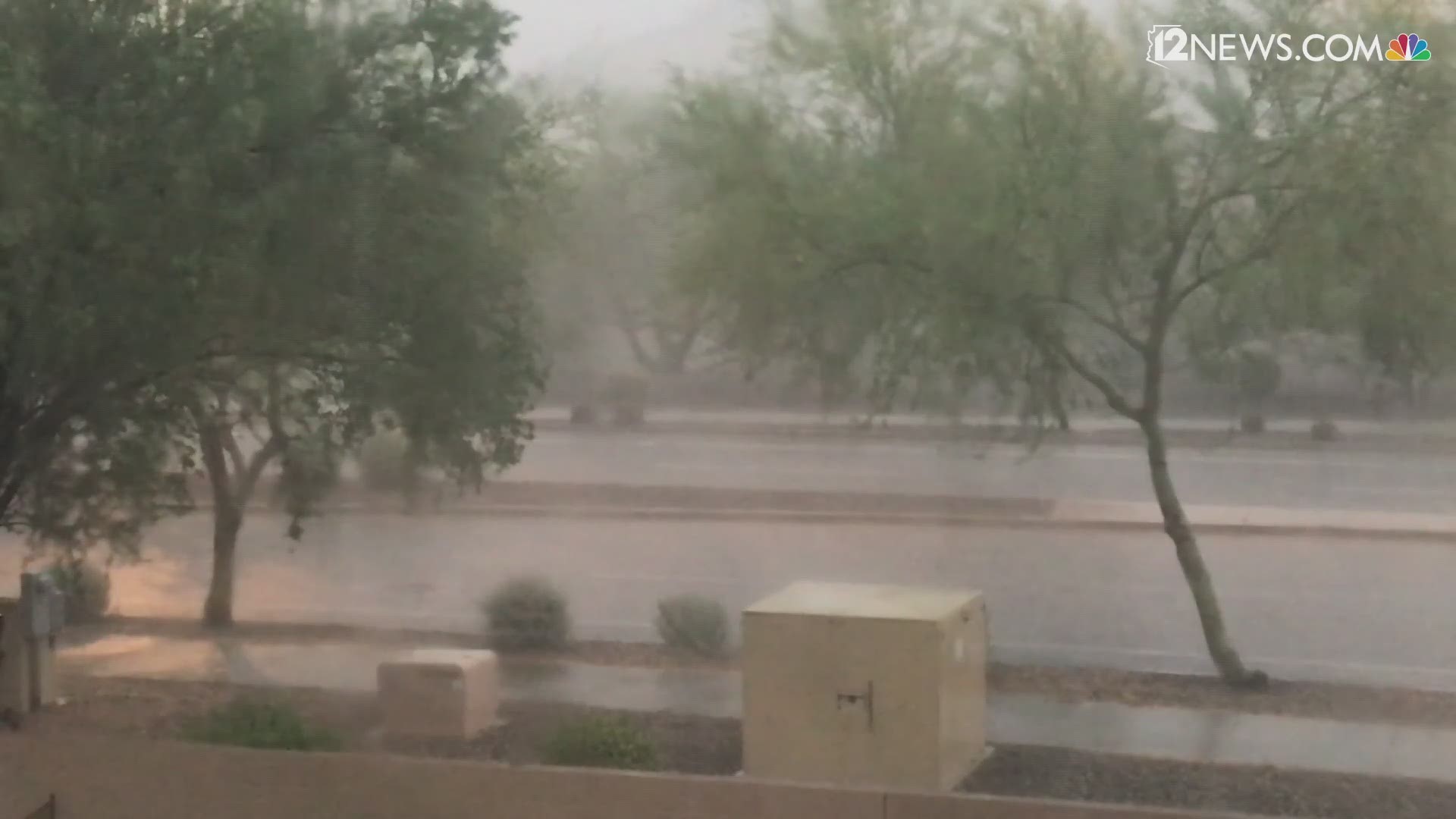 The National Weather Service in Phoenix tweeted Sky Harbor had recorded 0.04 inches of rain, so far, before 5 a.m.

The showers and thunderstorms continued to develop across south-central Arizona overnight, which includes the Valley.

"If you woke up to thunder, you weren't dreaming!" NWS Phoenix tweeted just after 2 a.m.

NWS Phoenix tweeted just before 7 a.m. that the showers and thunderstorms would exit the Valley over the next few hours.

"Brief heavy downpours up to 1" and gusty winds up to 35 mph will continue to be possible with these storms," NWS Phoenix tweeted. "Drive carefully on your commute!"

Will it continue to storm in Phoenix Wednesday?

According to NWS Phoenix, the storms will move into southeast California this afternoon from where they were in south-central Arizona Wednesday morning.

NWS Flagstaff tweeted early Wednesday morning that the day has "the looks of an active monsoon day across northern Arizona."

According to NWs Flagstaff, the High Country can expect storms to start former between 11 a.m. and noon.

"Heavy rainfall and flash flooding is a concern, especially along and south of the Mogollon Rim," NWS Flagstaff tweeted.