Caleb Smith was ejected in the 8th inning of the D-Backs 4-2 win over Philadelphia and faces a 10-game suspension. 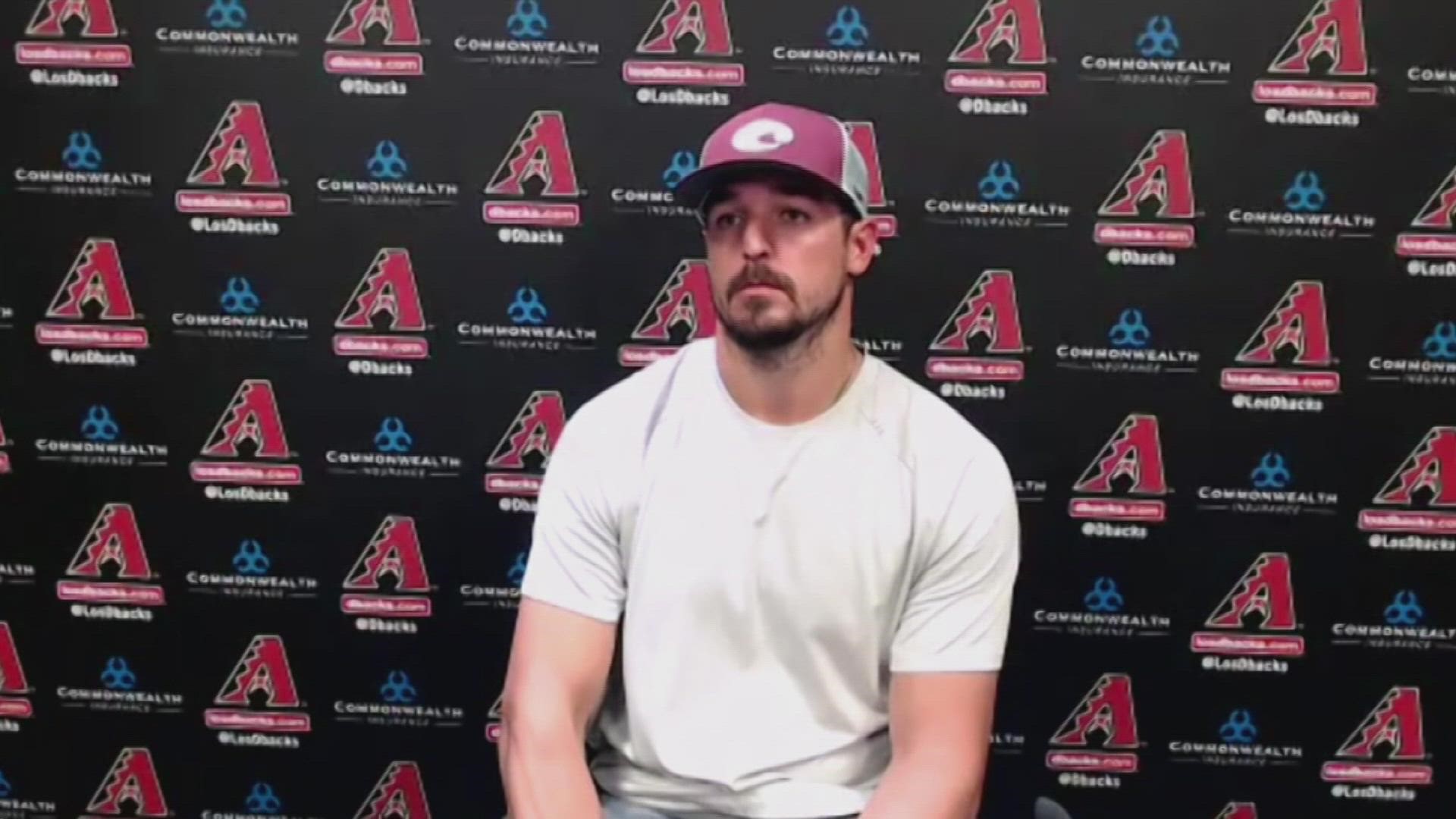 PHOENIX — A great night for the Arizona Diamondbacks was spoiled when relief pitcher Caleb Smith was ejected during the 8th inning of Wednesday night's 4-2 win over the Philadelphia Phillies.

At the end of the inning, Smith was checked for foreign substances, a common practice for pitchers after MLB cracked down on their use in June.

An umpire found two suspicious spots on the inside of Smith's glove and signaled for the rest of the crew to come to check. Smith's glove was then seized and he was ejected.

The glove will now be sent to New York and tested to see if it did have a foreign substance. If it tests positive, Smith will be suspended for 10 games, and the D-Backs will not be allowed to replace him on their roster.

Smith was defensive after the game, saying he did not cheat and that there was only one substance inside his glove.

"Well, it's dirt," Smith said. "The inside of my glove is baby blue. Last time I checked, we play baseball, I mean, you get dirty in baseball. You sweat a lot, I touch the dirt a lot, there's not a foreign substance on there. There's not pine tar, there's nothing on there. I don't use that."

Per rules, Smith was checked for foreign substances after coming into the game in the 6th inning. Nothing was found at that time, which makes Smith even more confused why he got ejected.

"I'm really pissed," Smith said. "Like I said, if I was cheating, I would be the first one to say 'hey, you caught me, I was cheating.' I'm not stupid. I know the main two things they check are your glove and your hat. If I'm using something, which I wasn't, I wouldn't put it in my glove or my hat. I mean, that's just ignorant."

Manager Torey Lovullo said he stands by Smith, who Lovullo called an open and honest player.

"I feel terrible for Caleb," Lovullo said. "I had about 10 seconds with him before I went over to the umpires and he said, 'I'm not cheating, Torey.' I'm always going to side with a player when he looks me square in the eyes and tells me that. I've never seen any evidence of him acting maliciously."

Caleb Smith was ejected after his glove was confiscated for possible use of a foreign substances. Smith strongly denies that he was cheating "that's bulls--- because there's nothing on it. I'm not stupid." @12SportsAZ pic.twitter.com/SfbmmtDt8p

Lovullo said that the spots in Smith's glove were the result of rosin and dirt. Smith said that he uses rosin, which is legal, at the beginning of every inning, and dirt throughout the game to help him get a better grip on the ball.

"If I was using anything, I wouldn't be going to the dirt after every pitch, like I do, or licking my fingers," Smith said. "I'm not going to lick my fingers if there's pine tar on my hand. With it being in my glove, like my glove hand, I don't ever touch the ball with my glove hand. My glove stays on. The only time it comes off is whenever, like, to start the inning when I throw my warmup pitches, I take my glove off, grab the rosin and then apply it to my left hand and that's it."

Lovullo added that he felt Smith's hands, and that they were bone-dry, and that there was nothing on his hand that would, in Lovullo's opinion, allow Smith to manipulate the baseball. But, the process is now in hands of Major League Baseball.

"Once they (MLB) determine what exactly was on the glove, they will decide what those next steps will be," Lovullo said. "I don't know exactly what happened in the past, I know there was a pitcher up in Seattle that had a similar situation. I'm not sure what that result was, but you could probably take a look at that and see what the timeline was."

That pitcher was the Mariners' Hector Santiago, who was suspended in June for having a foreign substance. He appealed, but it was upheld in July.

The umpire crew the ejected Santiago, resulting in his suspension, was the same crew working at Chase Field Wednesday night. When asked if he made anything of that, Lovullo said he did not and, "These umpires are fair and impartial, they're just doing a job to level the playing field."

Smith also said, that if he gets suspended, he will absolutely appeal.

"Absolutely (I would appeal a suspension) because if they said that they find something on it, that's [expletive] because there is nothing on it. If I was cheating and I got caught, I would own up to it. But, I wasn't cheating. So, I would definitely have a problem with that." 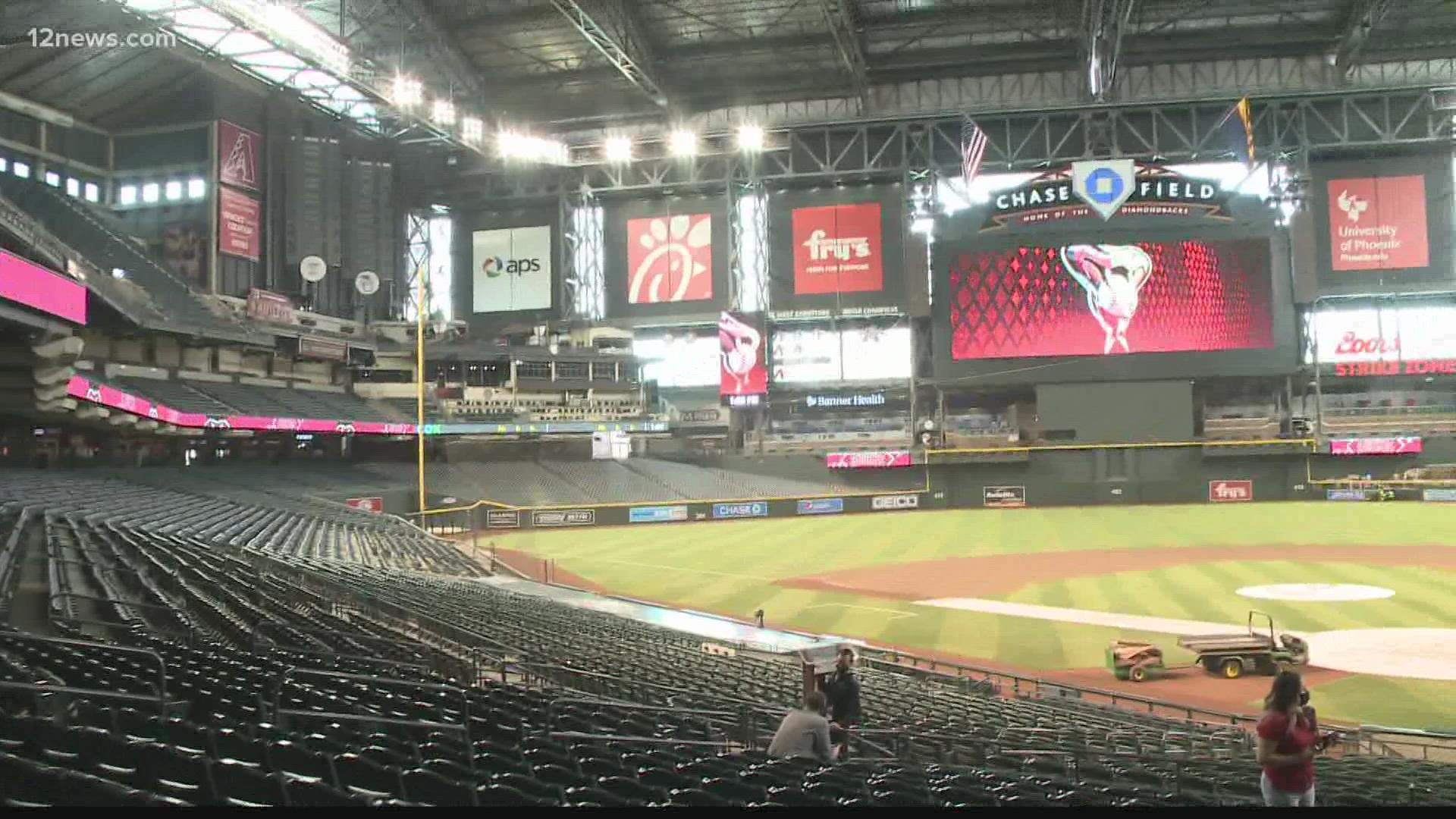 D-backs to host Evening on the Diamond fundraiser