See who won our annual offensive, defensive and coach of the year awards as well as who made our 2020 All-Fever squad. 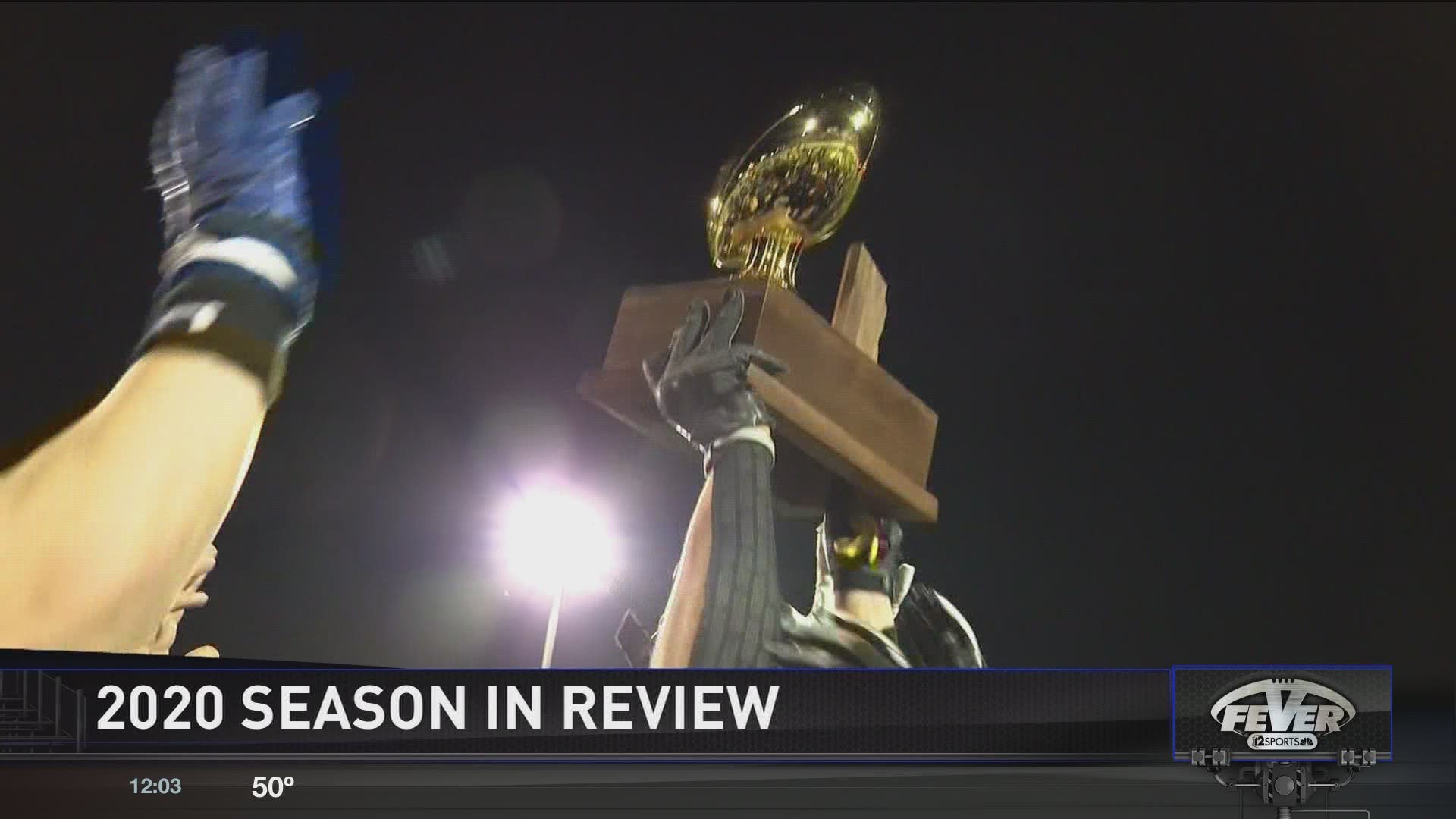 PHOENIX — While it didn't always look like it was promised, Arizona high school football made it through an entire season.

Some teams weren't so lucky, as the coronavirus pandemic knocked teams down throughout the year, but the championships were played and trophies were lifted.

You may have heard the Boulder Creek senior’s name a time or two.

He’s been a hot shot, a helmet sticker award winner, and now our Friday Night Fever Offensive Player of the Year.

Cisneros tallied nearly 3,000 all purpose yards on his way to scoring 34 touchdowns during his senior campaign. That’s the most out of any player in the state.

When you break it down, he had more than 1,500 yards on the ground and 21 rushing touchdowns. He added 666 yards receiving and 10 touchdown catches. The rest, all on special teams.

Cisneros is a tremendous athlete and a dynamic running back who helped lead Boulder Creek to it’s best record in school history.

He's signed to play football for the University of Pennsylvania.

Queen Creek senior linebacker Trey Reynolds has been a force to be reckoned with, not only leading his team, but the entire state with 157 total tackles this year.

That’s an average of more than 17 tackles per game.

The University of Utah commit also had an interception, fumble recovery and two quarterback hurries in his final season as a Bulldog.

But Trey isn’t just a stout defender. He scored 10 touchdowns on offense this year.

COVID-19 has presented so many challenges. It's crazy to think least stressful part of the week was be the actual game itself.

I spent a good part of each week talking to many coach's around the valley --- listening to what they're going through. Some were figuring out how to play with fewer kids. Others were fighting to get the opportunity to play.

It's been awesome watch the people you trust your kids go above and beyond.

It was hard to pick just one, but our 2020 Friday Night Fever Coach of the Year is Chandler Head Coach Rick Garretson.

He lead chandler to their second-straight Open Division title and 5th consecutive state championship. It was Chandler sixth in the last seven years.

Chandler finished the season undefeated, being ranked all year as one of the top teams in the nation.