Freshman running back at Brophy is playing blind

"Being blind isn't my personality!" Brophy College Preparatory freshman football player Adonis Watt is completely blind, but won't let that stop him from playing tackle football for the Broncos. 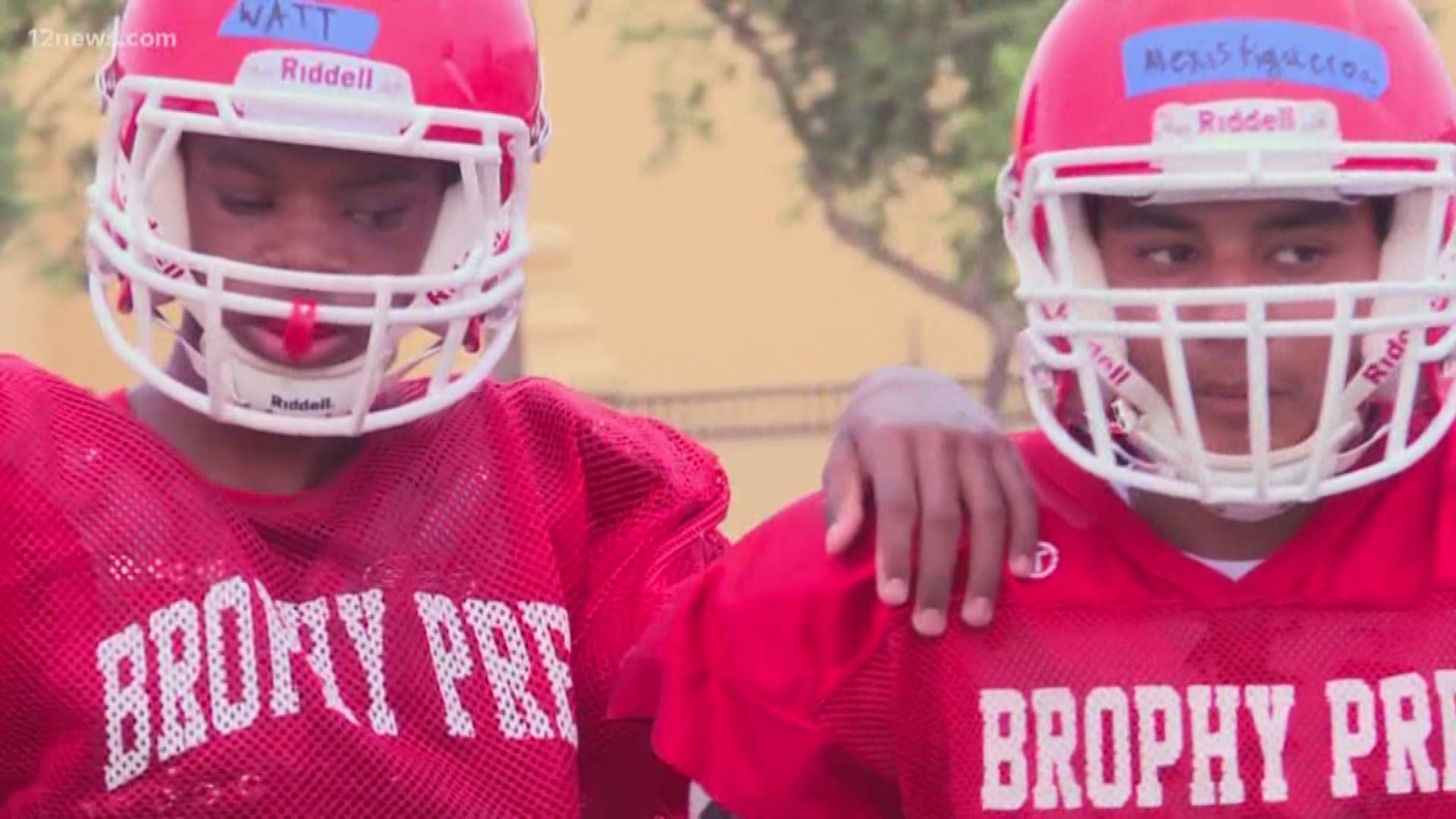 Adonis wasn't born blind, but he lost his ability to see at 6 years old due to a rare congenital glaucoma. Before Adonis went blind, he recalls watching the NFL Network with his dad all the time.

"I wasn't sure what to do," Veronica Watt, Adonis's mother said. "I thought I'd just take time off of work and Adonis said, 'Why? I'm blind I'm not sick."

His disability didn't alter his love for the game, and for Adonis, his first love was at the running back position.

"When you talk about a sport like football, to think of someone playing it with a seeing disability," Brophy freshman football head coach Steve Heideman said. "It's hard to wrap your mind around."

"I love hitting people, scoring, just running over people," Adonis Watt said. "It's just great to hear someone hit the ground while I'm running over them."

But really, how does someone play football without being able to see? Adonis gave it to me straight.

"Just follow your other senses. Listen to what the coaches say, and just trust your instincts," Adonis said.

If a play gets too complicated, he'll get the specifics of it "brailed" out, otherwise he relies on his memory to remember formations.

Adonis will never let his seeing disability be used as an excuse, and don't even try to change his mind, because you won't.

"I'm going out there anyway, like I'm sorry if you're scared, but you shouldn't be, because I'm not," Adonis said.

"This is something that he wants to do and we're going to support him," Marvin Watt, Adonis's dad said.

For Adonis, this is just the beginning, he has dreams to play at the next level, earn a full ride scholarship, and then one day play in the National Football League.