Zach Hoffpauir was a star athlete. No one knew what was happening inside his head. 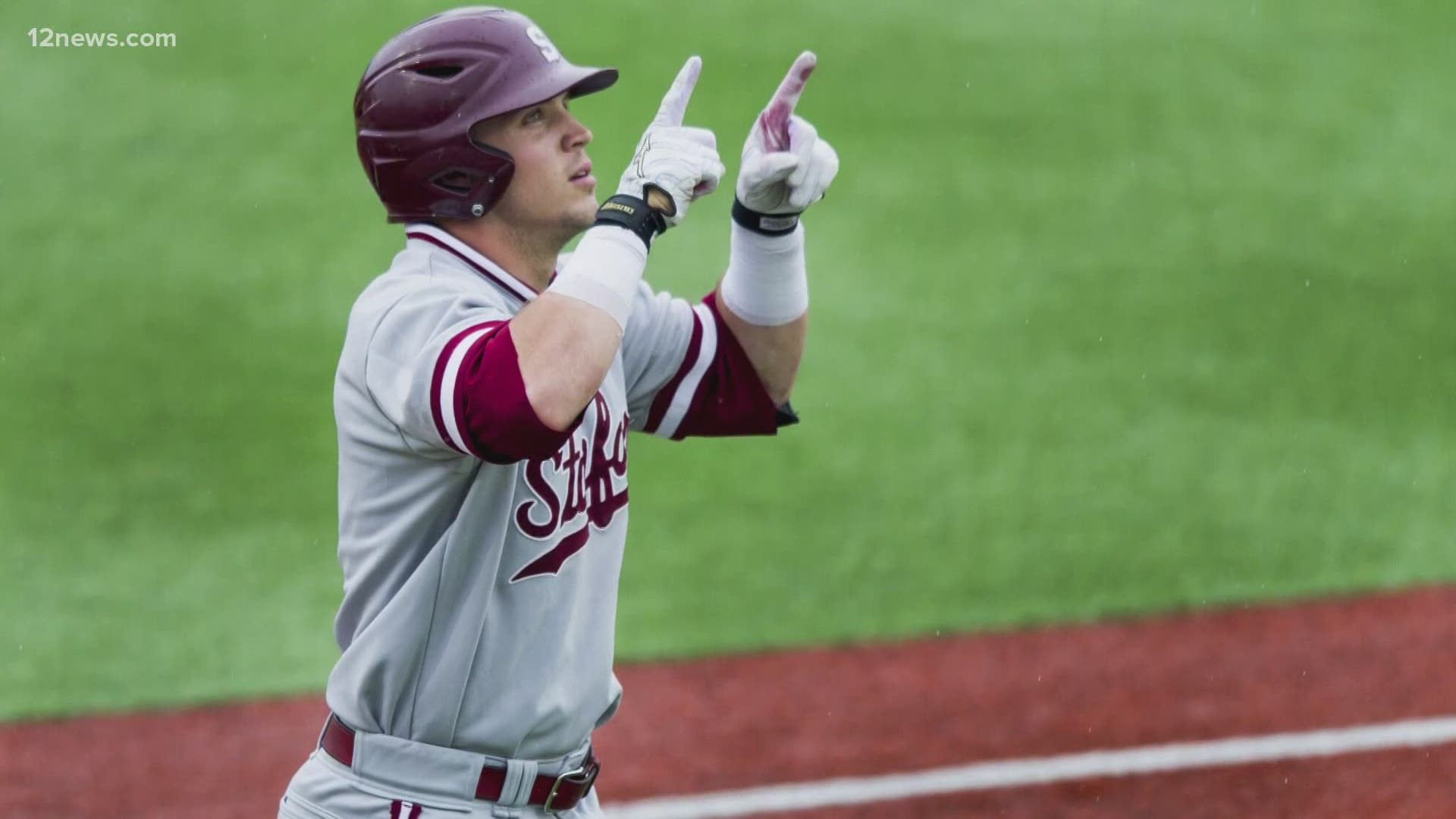 But all that time, he wasn't playing for himself.

"Everything I did was to please other people" Hoffpauir said on a podcast last year.  "I didn't even love sports that much, but I felt like that's what I was supposed to do. I was good at it, and I just wanted to make everyone happy."

"I did everything for everyone else."

The podcast is one of those things that isn't relevant until it is. Suddenly it's become relevant: Hoffpauir died at 26 last week, at his father's place in Glendale.

Hoffpauir said his son had been battling depression and other illnesses for year. He said he found Zach in his room last Thursday, dead.

“He just continued to go downhill and it was a constant fight to survive a day and to have joy," his mother, Shannon Hoffpauir said.

The podcast, with Valley sportscaster and former ASU football player Jordan Simone, revealed a lot about Hoffpauir. About his struggles with Lyme disease. About his "five or six concussions."

About the darkness that few saw when he was in the limelight.

"I couldn't sleep. And when I could sleep, I would either dream of dying, or taking my own life."

"I tried to overdose."

"It was almost a cry out for help."

“He was never going to be the same person after his concussions," Zach's sister Hillary said. " You couldn’t really see the color of his eyes and he didn’t register emotion."

Cactus Coalition - Change agents striving for a better Arizona
12News is committed to supporting local causes and initiatives in the Phoenix community. Working with the TEGNA Foundation, a corporate foundation sponsored by 12News' parent company TEGNA Inc., the station's community grantmaking will support the themes of the Cactus Coalition by helping to provide assistance to non-profit organizations.

But what if it was more than the concussions?

Hoffpauir played safety at Stanford and was a baseball player who was drafted by the D-backs in 2015. Before that, he was a standout at Peoria's Centennial High School.

After one year in the D-Backs system, Hoffpauir returned to Stanford to resume his football career.He got knocked around, as football players do.

He wasn't himself. His parents His parents say doctors told them his history of concussions may have made him more susceptible to other diseases attacking his brain. He contracted Valley Fever which turned into a fungal form of meningitis.

Christian McCaffery was one of Zach's best friends at Stanford before going on to star with Carolina Panthers. His father, Ed, hired Zach this past February to be the defensive backs coach at the University of Northern Colorado.

When Christian learned about Hoffpauir's struggles in 2019, he arranged for Zach to meet with a specialized neurosurgeon in Denver.

"I sat down with him and within 15 minutes, he tells me it's Lyme Disease," Zach said on the podcast.

This is what people said about the son a mother and father lost:

Former Stanford teammate and now NFL star for the Carolina Panthers, Christian McCaffrey put out an emotional post on Instagram honoring his friend.

"Yesterday Heaven gained an angel, and I lost one of my best friends in the world. Zach showed me the way when I got to college. He did things the right way. He taught me how to enjoy life," McCaffrey's post read, in part.

Hoffpauir got into coaching after he stopped playing. He helped out his alma mater, Centennial High School, and last season, worked at a defensive backs coach at Anthem's Boulder Creek High School.

"We all really loved Zach," he said. "He had such knowledge of the game, was a such a fierce competitor. He loved working with the kids. Our kids just loved him."

Chronic Lyme Disease, or CLD,  was the showstopper. It's painful to have, controversial to talk about. Everyone has an opinion, but none of them are in your own body or in your own head.

"The dialogue over CLD provokes strong feelings, and has been more acrimonious than any other aspect of Lyme disease," a post from the National Institutes of Health advises.  An article posted on the Johns Hopkins Medicine website says this:

“In a study of 61 people treated for the bacteria that causes Lyme disease, Johns Hopkins researchers conclude that fatigue, pain, insomnia and depression do indeed persist over long periods of time for some people, despite largely normal physical exams and clinical laboratory testing.”

This wasn't the spotlight fading. This was darkness falling.

Zach attempted suicide. He was unsuccessful.

He was asked later how he was coping. He paused, then answered.

"You have to face your darkness, because everyone has trauma," Zach said." And from that trauma they react a certain way. And then they get stuck in this cycle because of that trauma."

"Eventually once you speak it out into existence, now you know how to attack it and fix it, whether you have to grieve, or cry it out or see someone, or at the very least, you say it into existence, someone else can say they have an issue, and you are helping other people."

RELATED: How to 'Keep Looking Up' after tragedy and suicide

Is your home prepared for fire season in Arizona?

Boat safety tips from Lake Pleasant as weather heats up