Republican sponsor toughens penalties to 'give people moment of pause' before protesting. Opponents say they're designed to chill free-speech rights. 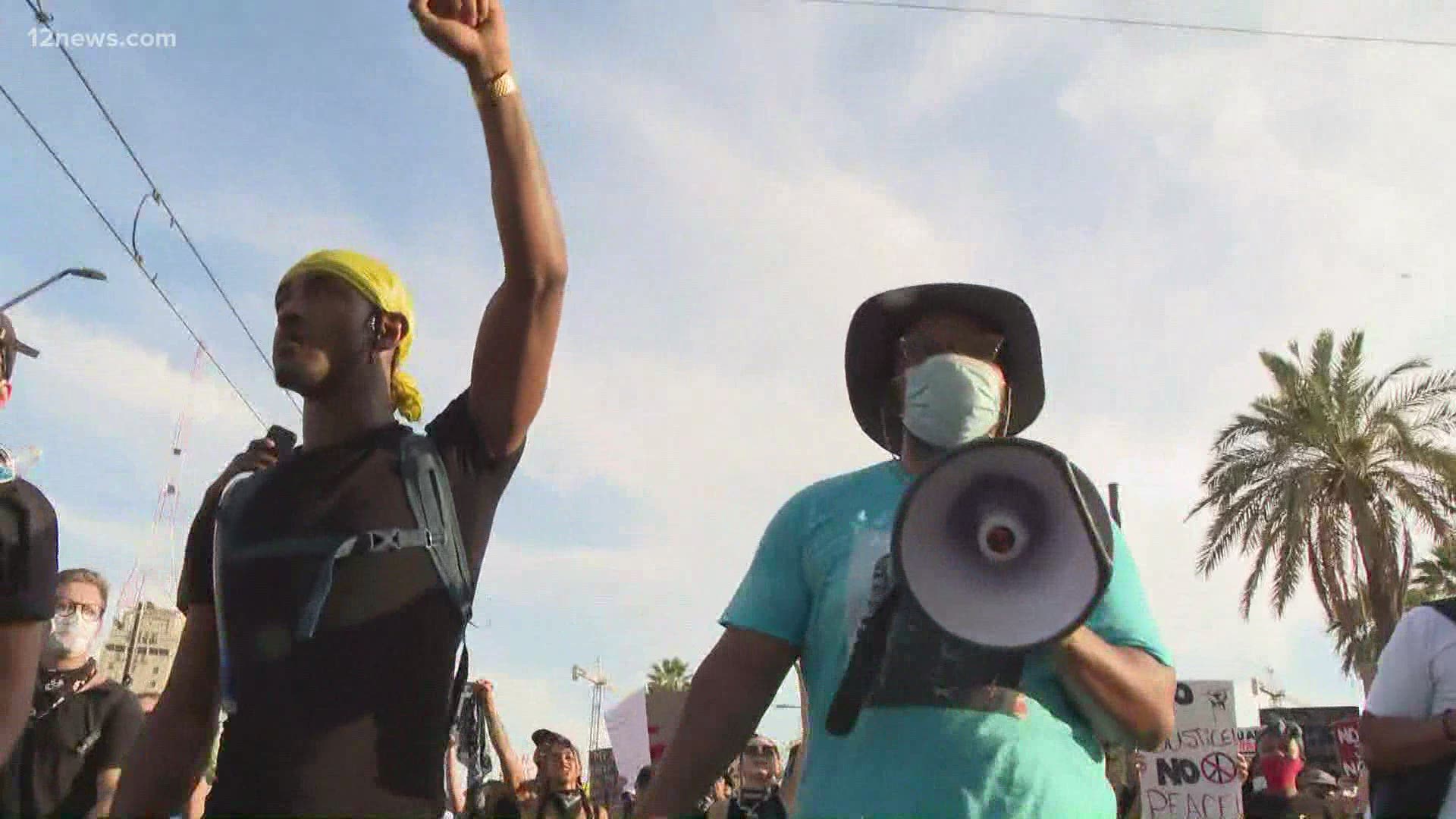 PHOENIX — Protesters took over the streets of downtown Phoenix for weeks last year after the death of George Floyd.

A bill moving through the Arizona Legislature might make those protesters think twice before speaking out again.

The protests were largely peaceful, but the bill’s Republican sponsor saw them differently.

At a Capitol hearing last week, State Rep. Bret Roberts of Maricopa made it clear the Black Lives Matter protests are the reason for the bill.

He played a video clip of news coverage showing protesters attempting to break into a theater.

“This bill is intended to give those individuals that choose to partake in what's supposed to be a peaceful protest to give them a moment of pause,” Roberts said at the hearing.

Roberts’ bill, SB 2309, would create a new category of violent crime for protests, with much tougher penalties.

“The laws that we currently have on the books in the state of Arizona and across the country are not doing what they're intended to do,” he said.

But opponents say Roberts is forcing protesters to second-guess their First Amendment right to free speech.

“It is very intimidating and scary for anyone who wants to come out and speak their mind,” said Jared Keenan, senior staff attorney with the ACLU of Arizona.

The bill’s opponents argue that it’s law enforcement that has gone too far in trying to prosecute protesters.

A top Maricopa County prosecutor and more than a dozen Phoenix cops have been sidelined by a scandal over ginned-up charges against Black Lives Matter protesters.

“Phoenix police have and will declare an unlawful assembly for no reason at all,” Keenan said.

Keenan said the legislation would likely prompt lawsuits if it is signed into law.

The bill awaits a final vote in the state Senate before it can be sent to the governor.