Katalin Metro was airlifted off Piestewa Peak back in June. The video of her rescue went viral after the basket she was in spun nearly 200 times. 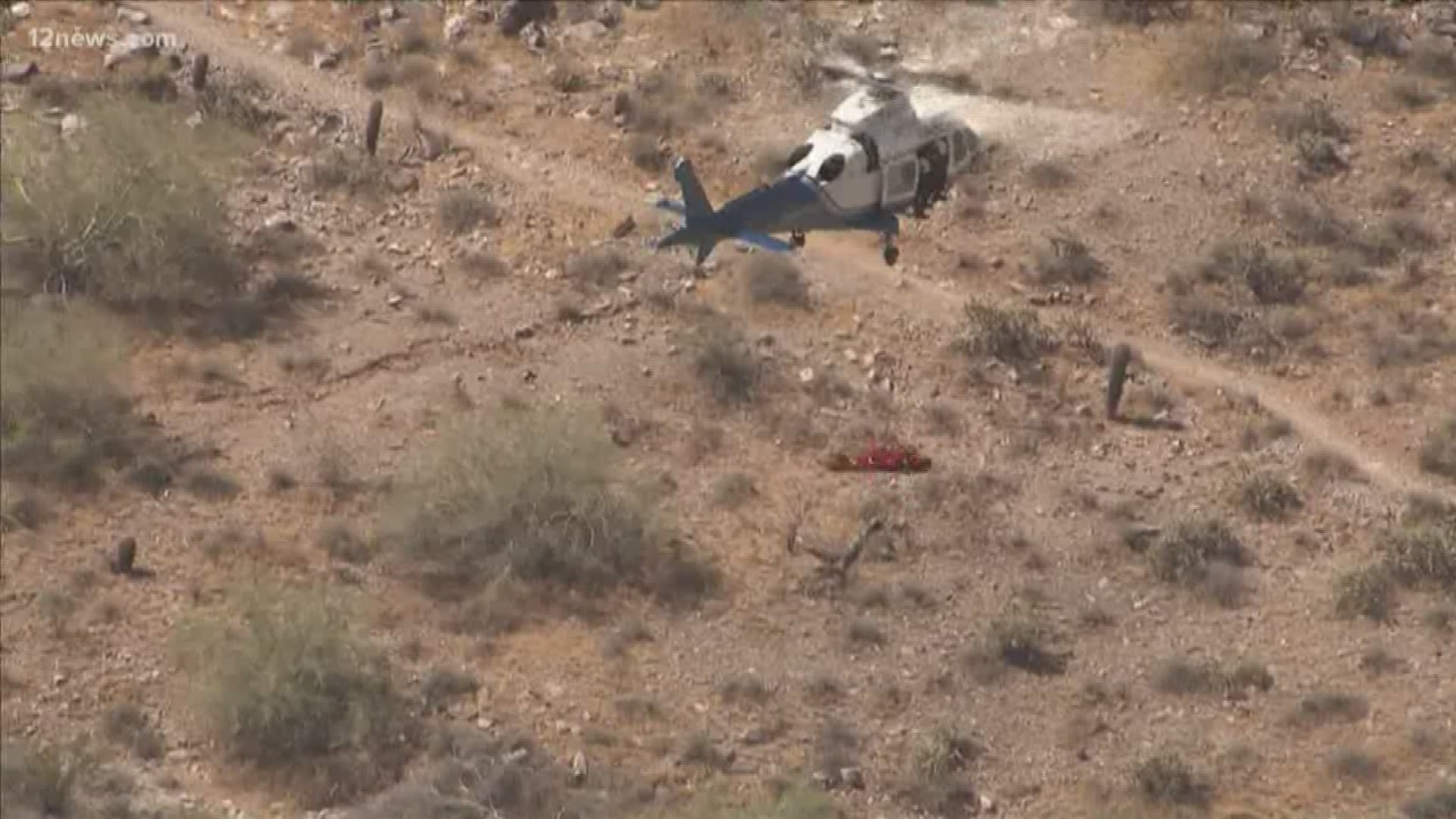 The hiker who was at the center of a viral video from a rescue off Piestewa Peak has filed a notice of claim against the City of Phoenix.

Katalin Metro’s attorney confirmed to 12 News the notice of claim was served Tuesday, which signals Metro’s intent to sue the city from the June incident.

Metro was hiking up Piestewa Peak with her husband, George when she fell hurting her face and head. Crews airlifted her off the mountain after she had trouble walking down. But that led to the basket she was in spinning 174 times according to a 12 News count.

The notice of claim states Metro suffered "physical emotional and psychological injuries and damages" as a result of the rescue attempt. The claim refers to the incident as a "failed helicopter rescue attempt."

The claim shows Metro's medical expenses to be nearly $300,000 to date.

According to the notice of claim, George Metro, Katalin Metro’s husband, suffered a loss of consortium. The claim states it fell to George Metro to bathe, dress and drive his wife as she had "limited use of the left side of her body."

"It also fell on George to take over the household chores for which Katalin was responsible prior to her injury," the claim states.

According to the claim, the Metros would settle with the City of Phoenix for $2,000,000.

While his wife still recovered in a hospital, George Metro told 12 News the biggest issue his wife was dealing with was dizziness.

READ: 'She thought she was going to die,' says husband of hiker who spun during helicopter rescue

Following the rescue, the Phoenix Fire Department said over the last six years they’ve done this type of hoist rescue 210 times, but only a handful of times did it result in a spin.

“It’s something that occurs every now and then and we’re trained to deal with it,” Paul Apolinar, the Phoenix Police Air Unit’s lead pilot, said at the time.