Why Jodi Arias' lawyer wanted to be disbarred

Kirk Nurmi will probably never practice law again after asking the State bar of Arizona to disbar him. 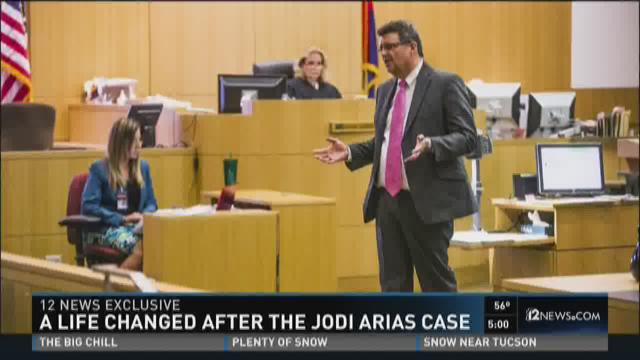 PHOENIX - Kirk Nurmi will probably never practice law again, after asking the State Bar of Arizona to disbar him.

Nurmi was Jodi Arias's attorney for years, despite trying to quit her case more than once. Arias killed her boyfriend, Travis Alexander, but was sentenced to life in prison instead of the death penalty.

During the trial, mistrial and retrial, Nurmi was the face of the defense. He was vilified online and by Arias herself.

Once the trial ended, Nurmi tried to go on with his life.

But shortly after, Nurmi was diagnosed with non-Hodgkins lymphoma.

"When cancer entered my life and I began to contemplate my mortality," Nurmi exclusively told 12 News, "it became important to me to defend myself."

To do so, Nurmi wrote a book, "Trapped with Ms. Arias." It was about what it was like representing the infamous murderer, and dealing with her notoriously difficult demands.

When it was published, Arias filed a complaint with the State Bar of Arizona, alleging Nurmi had broken attorney-client privilege by discussing confidential information in the book.

Nurmi said he wouldn't have done things the same way if he hadn't been fighting cancer at the same time.

"I wouldn't have wrote the book in the way I did at the time I did if that had not occurred," Nurmi said.

Nurmi was facing a four-year suspension of his law license because of the complaint. Instead, Nurmi said he asked the Bar to disbar him, effectively ending his law career forever.

"When I was done with the Arias trial, I had serious questions about whether or not I wanted to practice law again," Nurmi said. "This was a way for me to make a clean break and start a new life."