'We are taking everyone to jail if we can': Scottsdale PD pursuing looters, trespassers from Fashion Square Mall 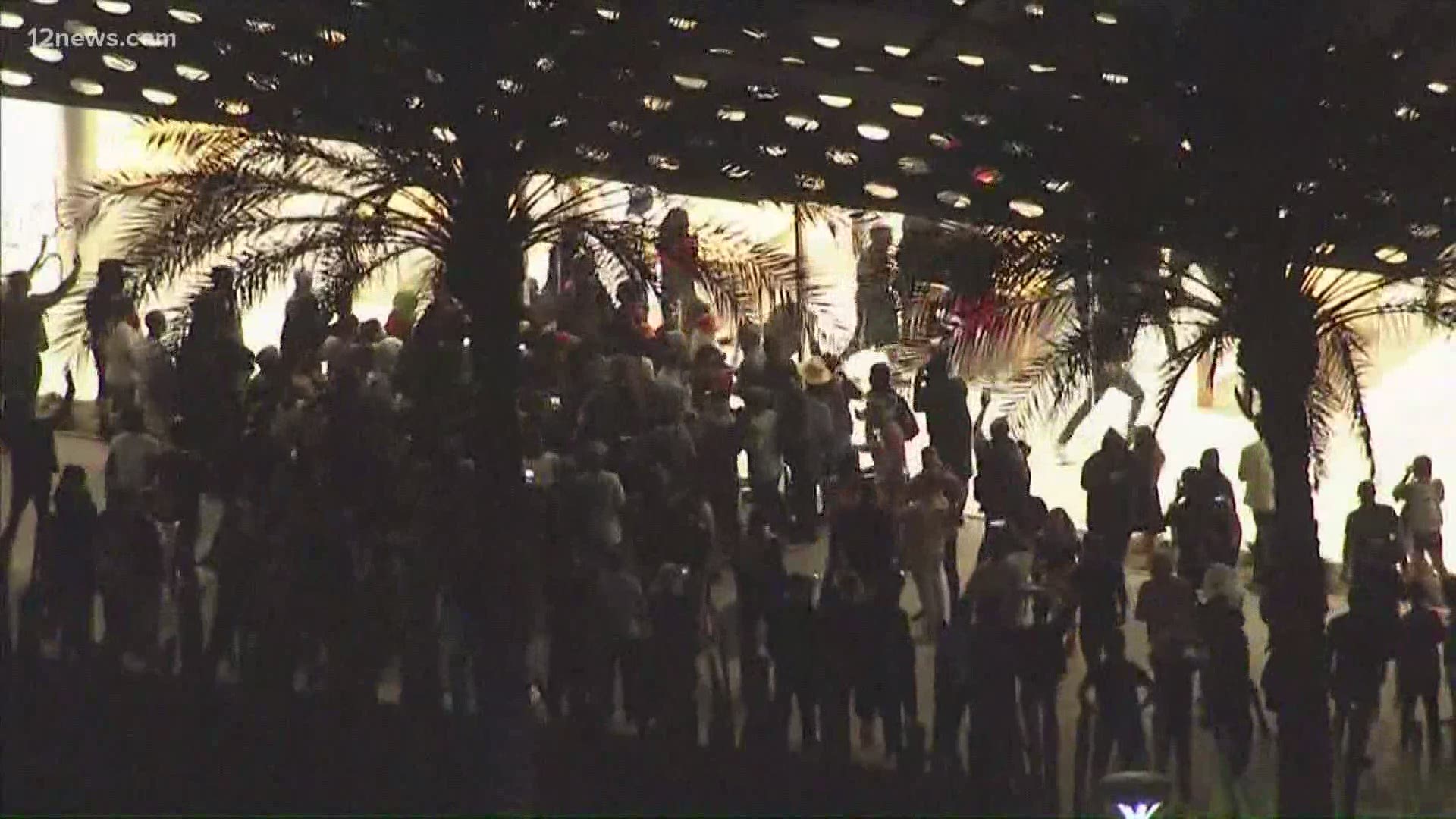 SCOTTSDALE, Ariz. — Scottsdale Fashion Square was looted over the weekend, and businesses were left to pick up the pieces Saturday night.

The Scottsdale Police Department is going through the process of arresting and charging those involved.

So far, 20 people have been arrested and more than $40,000 of goods have been reclaimed.

“We are making an example of everyone that was involved,” Sgt. Ben Hoster with Scottsdale PD said.“We are in [what] You would almost call it the beginning stages of this case.”

Police say they are investigating the crimes through a mountain of evidence.

“We have evidence that was left at the scene by the suspects. We have blood evidence because a lot of these rioters cut themselves breaking the glass of these stores.” Sgt Hoster said. “All of our detectives almost are working these cases and cases like this”

The evidence doesn't stop with physical evidence from the scene, but police are scouring social media as well.

Hoster said police are monitoring both social videos from the night of and also checking sites where looters may try to sell their stolen goods.

Scottsdale police confirmed they are getting help from their federal partners. When asked if that could include facial recognition technology, Sgt. Hoster responded "absolutely".

“We are attempting to charge anyone that was involved in this incident,” Hoster said.